Restaurants in 6 Oregon counties, including Multnomah, brace for cutback to indoor dining capacity

Multnomah County is one of six Oregon counties moving back to the state's "high risk" level on Friday, April 9, because of rising COVID cases. 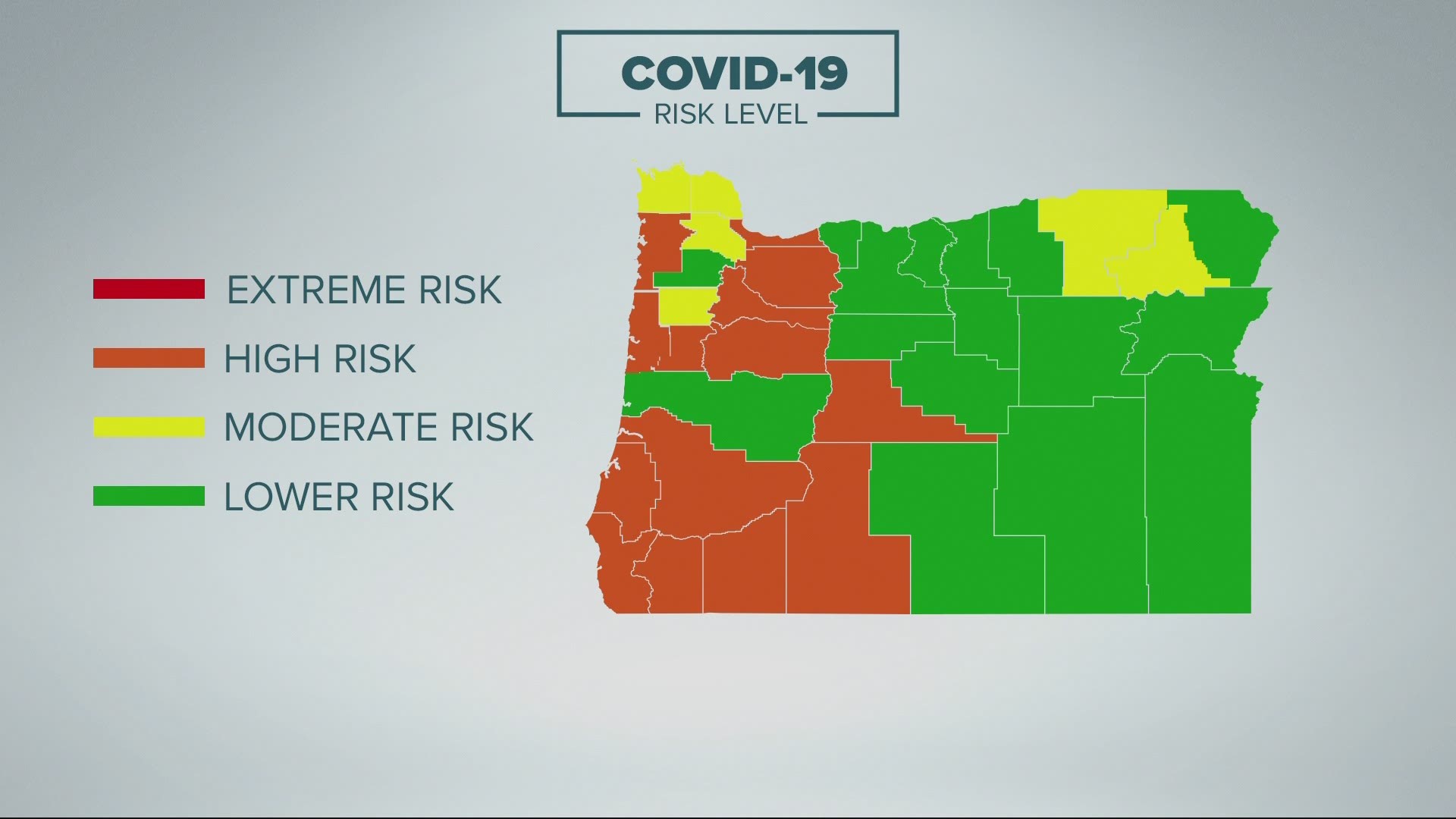 PORTLAND, Ore. — Just when things were starting to heat up in Portland's restaurant scene, there’s a setback. Restaurants allowed to be half full must revert to 25% capacity on Friday.

Six Oregon counties, including Multnomah and Clackamas, are returning to the high risk level from moderate because of increasing COVID cases. That means more restrictions for an industry where workers have been struggling for more than a year.

Rice and his wife own The Fields Bar & Grill in Portland’s Pearl District. It's been tough, with a pandemic shutting them down at times and destruction caused by rioters, forcing them to board up earlier this year.

On Thursday, they were setting up inside for lunch customers.

Rice said pre-pandemic, the establishment employed 21 people. It dropped to three at its worst. It's now back to 16.

Local residents like Candace and Patrick Stevens feel for their favorite dining spots.

“I feel badly for them because they've been struggling, and now they have to start all over again,” said Candace.

Another resident, Eric Rant, said the best way to help for now is to order a lot, to-go.

“I think we’re caught between a rock and a hard place," said Rant. "You really want to make sure you’re doing it in a safe way, but at the same time you need to give opportunities to local businesses. It’s a real challenge, I feel for everyone who’s in it."

RELATED: Of more than 700,000 fully vaccinated Oregonians, 168 tested positive for COVID and 3 died

Rice feels the restaurant industry has been hit the hardest and, in some ways, unfairly. He expressed frustration with Oregon Gov. Kate Brown over the most recent change in county risk levels. He said at 50% capacity, his restaurant was able to offer safe indoor dining, and cutting back to 25% capacity will hurt.

Besides Multnomah and Clackamas, the other four counties moving from moderate to high risk are Deschutes, Klamath, Linn and Tillamook counties.

How long these counties are back at the high-risk level is unclear. Health official are watching to see if the increased cases represent a bump that will drop or a trend that will continue. Fitness centers and gyms are also affected by the restrictions.