Researchers at the Chiles Research Institute at Providence’s Robert Franz Cancer Center have asked the federal government for permission to start trials with humans. 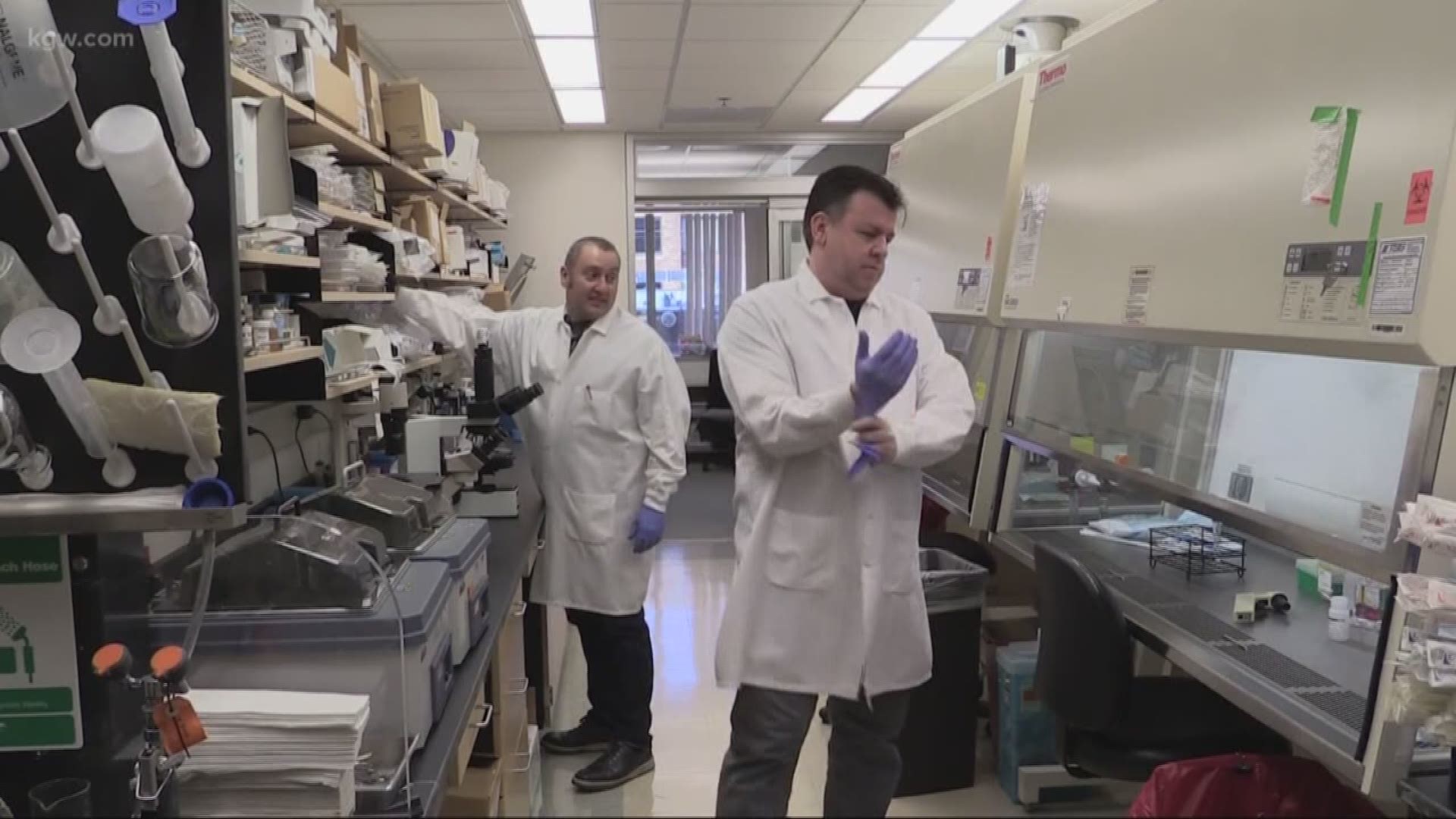 PORTLAND, Ore. — Scientists in Portland think they may have figured out a vaccine against COVID-19.

Researchers at the Chiles Research Institute at Providence’s Robert Franz Cancer Center have asked the federal government for permission to start trials with human volunteers.

Bernard Fox, Ph.D., and Rom Leidner, M.D. lead a team made up of several labs within the Institute.

They want to use part of the virus’ structure against it.

They believe those red spikes on the outside of the virus hold a key to building the body’s defenses.

They want to inject volunteers with the DNA that makes just that part of the virus.

Their plan also calls for a second injection of something called interleukin 12,  which is a key part of our body’s response to viral infections. The injection gives the immune system a major boost, said Dr. Leidner.

“And so it simulates, again as if you had the infection. We have a fake copy of the spike proteins that decorate the virus and we have this- the immune system's own ramping up signal to say ‘hey I’ve got an infection let’s get going and attack this’. The two together we think are an ideal combination,” he said.

New drugs typically take a year and a half to bring to the public—but with a worldwide pandemic those timelines are speeding up dramatically.

The researchers hope to get the green light to start with volunteers in the next month or two and if all goes well, have it ready for the rest of us by this time next year.