Dozens of students from different schools came together to dedicate about 2,000 hours of work to community projects this summer. 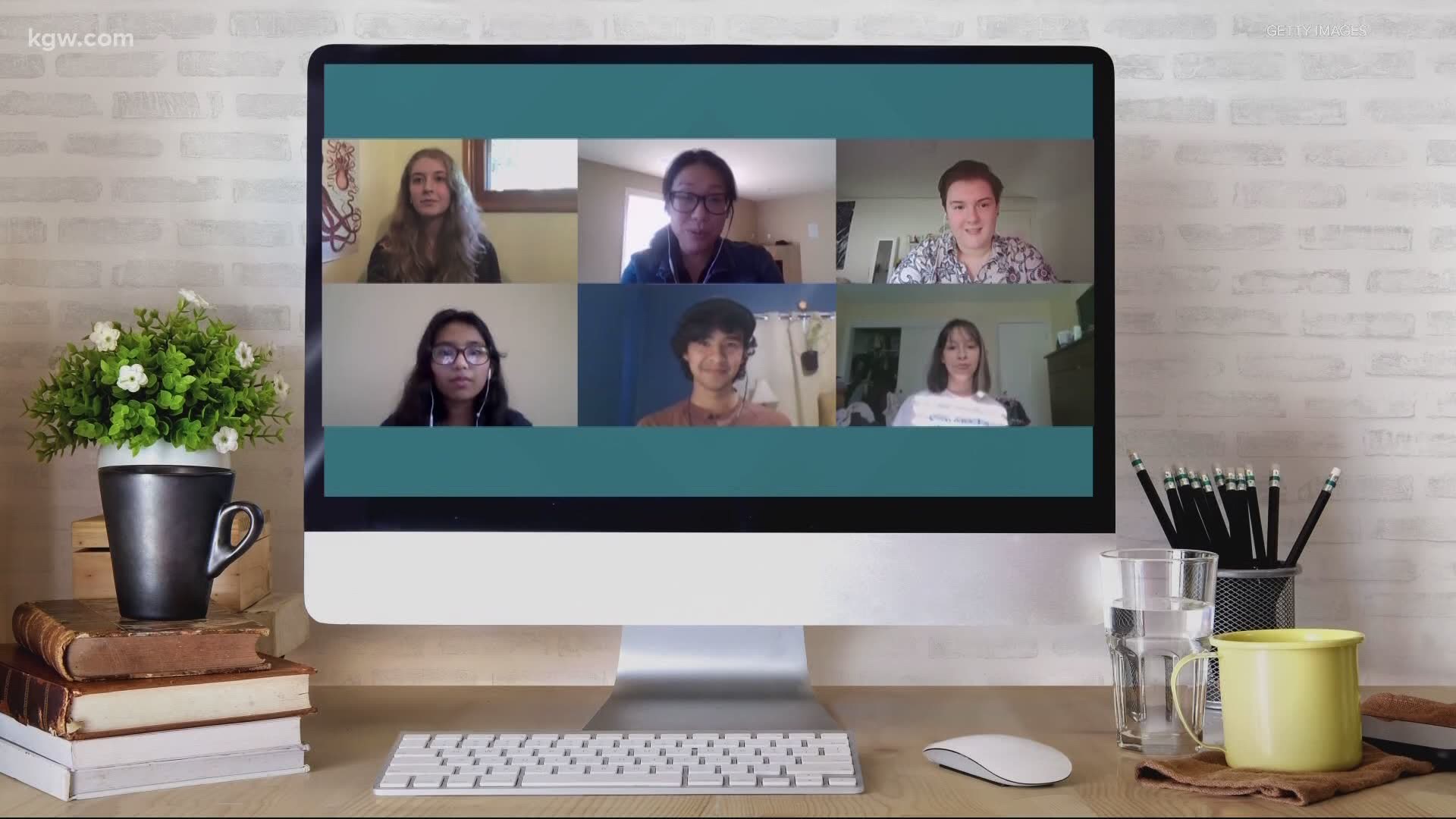 PORTLAND, Ore. — To make up for the many outings and camps canceled due to COVID-19 this summer, a group of Portland students decided to spend their time making the community a better place.

For the first two weeks of July, about 40 students from different schools came together and dedicated about 2,000 hours of work to community projects. The Summer Action Team was formed as part of the Portland Student Pandemic Response, a group that St. Mary’s Academy students started back in the spring.

“Our program is basically an online alternative to a lot of the camps and classes that have been canceled this summer,” said Rye Scholin, co-founder of PSPR and senior at St. Mary’s Academy. "And it allows students to collaborate virtually in creating a group project that is meant to serve the needs of a certain community that has been negatively impacted by the pandemic."

Ishanshi Bhardwaj also participated in the program. She focused on food insecurity.

“We ended up creating a pamphlet which consisted of three main subdivisions which included food aid resources, different areas where people can find food,” said Bhardwaj, who will be a senior at Sunset High School this fall. "The second included scrap gardening, and gardening in general, for people to grow their own stuff in this time. And lastly we had mental health hotlines

The pamphlets were then distributed.

“Just giving out Otter Pops with these brochures to those in need,” Bhardwaj said.

“I led the identity cohort which was the cohort focused on more individual projects, to help communities who students themselves identified with,” Sears said.

Adrianna Moreno, who has lupus, was in that identity cohort.

“I wrote papers, more like articles, on what exactly lupus is,” Moreno said. "And after that I wrote a thing on what exactly the people with lupus are going through because of the quarantine."

There were other projects, too, involving health care.

“We partnered with a local group of volunteers that have been working with restaurants to deliver food to hospitals for healthcare workers who don't have the time to go get the food,” said Cole Songster, a senior at Grant High School.

Songster said the group gathered community letters to health care workers, printed them off and attached them to lunch bags.

“It was just incredibly surprising to see how much we could get done in such a short period of time,” said Songster.

“It's simple. You can do it. It kind of gives you no excuse to not,” Seres said.

You can find all the summer projects on the Portland Student Pandemic Response website. Scholin said there are still ongoing projects students can participate in.