Calls for service initially decreased since Gov. Brown's emergency declaration, but crime is now trending back to normal or above normal levels. 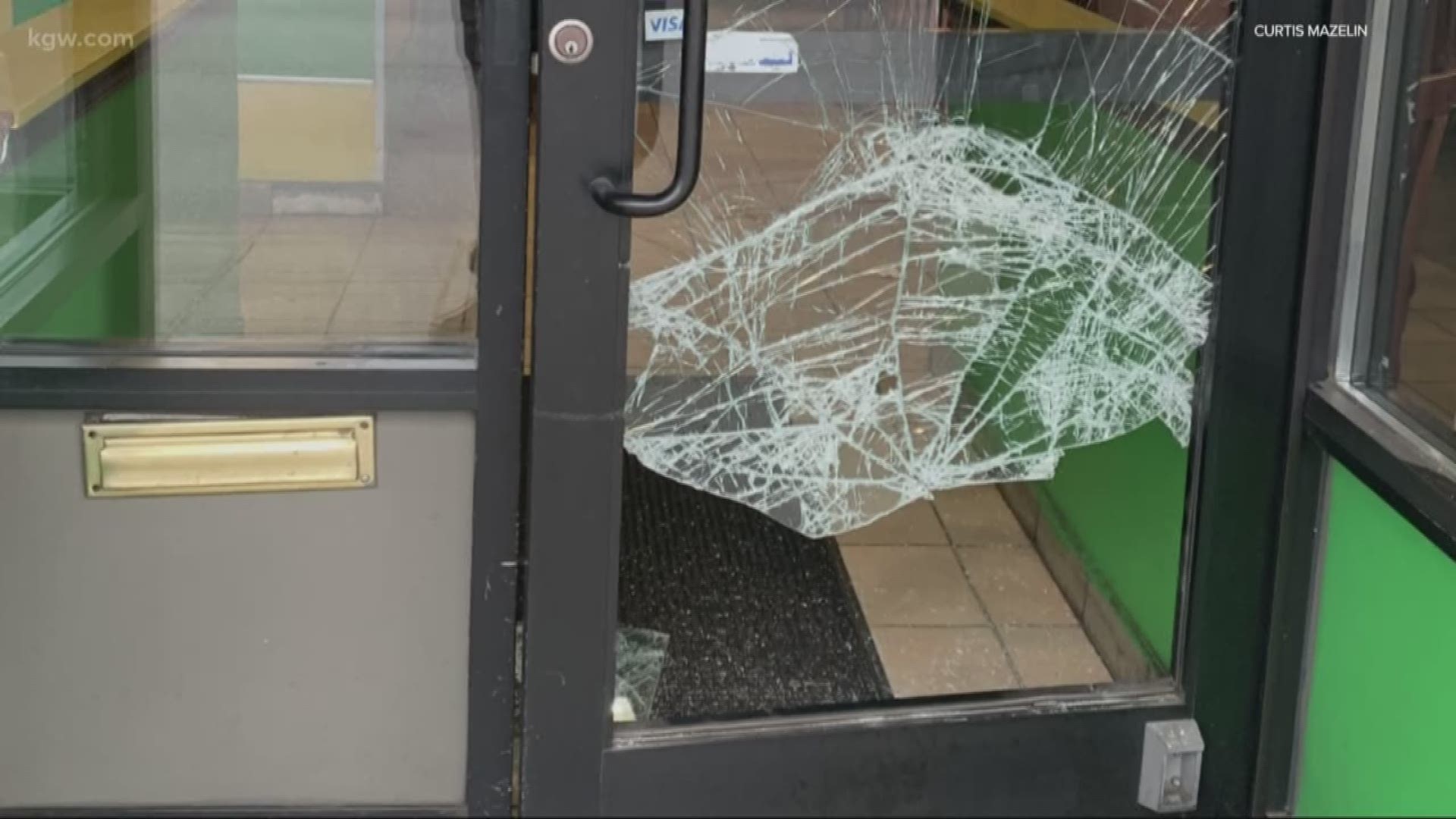 Portland Police Bureau held a conference call with media Friday afternoon to share trends in crime and changes to law enforcement due to the COVID-19 pandemic.

Officers and detectives from a handful of units discussed what they’re seeing and how the outbreak and stay home order is impacting their work.

But in the past week, crime is trending back up to normal levels for this time of year – or above normal for some types of calls.

"What we’re seeing now, though, is a lot of our calls for service are trending back up to what we would normally see during this time of year, which is a bit concerning because sometimes that means maybe folks are not staying home as much as we would like them to. So we are monitoring that," Chief Resch said.

She wants Portlanders to rest assured knowing officers are still working and responding to calls for service. PPB adopted CDC guidelines and Chief Resch directed all PPB members to wear personal protective equipment in situations where they can’t keep an appropriate physical distance.

Chief Resch also said some police bureau employees have been tested for COVID-19 but none have tested positive.

PPB Det. Darren Posey says since the governor ordered schools to close and Mayor Wheeler announced a state of emergency, the bureau has seen a shift from residential burglaries to more commercial burglaries.

"Obviously with a lot of people not at the businesses during what would be their regular hours, as well as after hours, what we’re finding is people are at home so residential burglaries aren’t as dramatic of a situation at this point in time," Det. Posey said.

Data shows the week of February 23 saw 31 commercial burglaries, while the week of March 22 saw 46.

Of the businesses targeted in the past month, most have been bars, restaurants and nightclubs. Specialty stores, department and discount stores, convenience stores and businesses that don't fall into a specific category have also been hit the most.

Businesses in the Hazelwood neighborhood, downtown and Northwest Portland have been targeted the most by burglars.

Under the governor's March 8 emergency order, Posey says theft was bumped from a misdemeanor to a felony, creating more serious consequences for those who commit crimes during this public health crisis and hopefully serving as a deterrent to others.

Prior to the pandemic, PPB notes most robberies were targeted at bars and taverns.

"Logically, you think it’s going to shift because a lot our victims - or victimology of robbery - is our businesses. Well, obviously, there are a lot of commercial establishments now closed and without the workers and the people actively working and being there, they’re not there to become victims," Det. Hawkinson said.

If you are a small business owner, police say now is a great time to assess and take inventory of all your property and figure out how you can better secure it. Also, keep the windows of your store clear from any belongings of value and items, in general, so that people can see into the business.

In addition, police recommend business owners try to have more than one employee on at a time. Robbers take advantage of opportunities where there are less workers present.

Now is also a good time to install a quality video surveillance and alarm system as well.

Gun violence is up again in Portland.

From the beginning of the year until March 12, the Gun Violence Reduction Team saw a consistent increase in shooting incidents and shots fired calls.

In the two weeks immediately following the the governor's and mayor's emergency declarations, Sgt. Ken Duilio says there were fewer shootings which was “a breath of fresh air for our unit”.

After those two weeks, beginning March 29, police saw a “dramatic spike” in shootings and return to the high volume of shootings from January and February.

There have been an average of four more calls each day compared to last year and two more calls a day compared to the weeks before the governor ordered schools to close. Data shows as of April 15 the number of shootings so far has already equaled shootings for the whole month of April 2020.

The GVRT is asking the public to immediately report anything they see or hear related to gun violence.

Domestic violence calls are still coming in at higher numbers than usual. Chief Resch says, on average, they arrest one person every day on a domestic violence related charge.

There has been an increase in domestic violence arrests since January, so Chief Resch says it’s difficult to determine whether arrests are specifically related to the pandemic.

Chief Resch says they’ve seen a rise in calls coded as “civil”; they're responding to an average of 12 more calls each day than before the school closure, to be exact.

This is likely fueled by calls reporting people not adhering to the executive order requiring social distancing and non-essential business closures, Chief Resch said, but they are still digging into reports. Domestic issues, whether it's related to family members or roommates, also fall under this category.

Officers have not issued any citations related to the stay home order.

As people stay home and off the roads, there are fewer car crashes. Collision calls have dropped by nearly half.

In the first three months of the year people stole more bikes in Portland. Officer Dave Sanders, of PPB’s Bike Task Force, said reports of stolen bikes are typically higher this time of year because it is a seasonal crime. But thieves are acting brazenly and stealing more bikes from secure storage areas like basements and garages.

He recommends bike owners register their bikes with the city so they are documented.

The city’s homeless outreach liaison Stephanie Herro shared insights about how the pandemic and stay home order are impacting those experiencing homelessness in Portland.

"There is so much concern about how do we help people experiencing homelessness understand the social distancing piece, how do we help people maintain social distancing in environments where that’s really difficult? Obviously stay at home orders are very difficult for people who don’t have homes," Herro said. "There was a lot of fear I was hearing about from our community outreach workers, fear in the homeless community about whether they would get arrested if they weren’t 'at home' or seen in public, or if they weren't adhering to social distancing."

Together with homeless service agencies and the city's communications team, Herro worked to spread the message that PPB's role is to educate people about social distancing. Arresting a houseless individual would be a last resort.