Amid the spike in coronavirus cases in Oregon and the Portland metro area, grocery workers want more testing to protect the public and themselves. 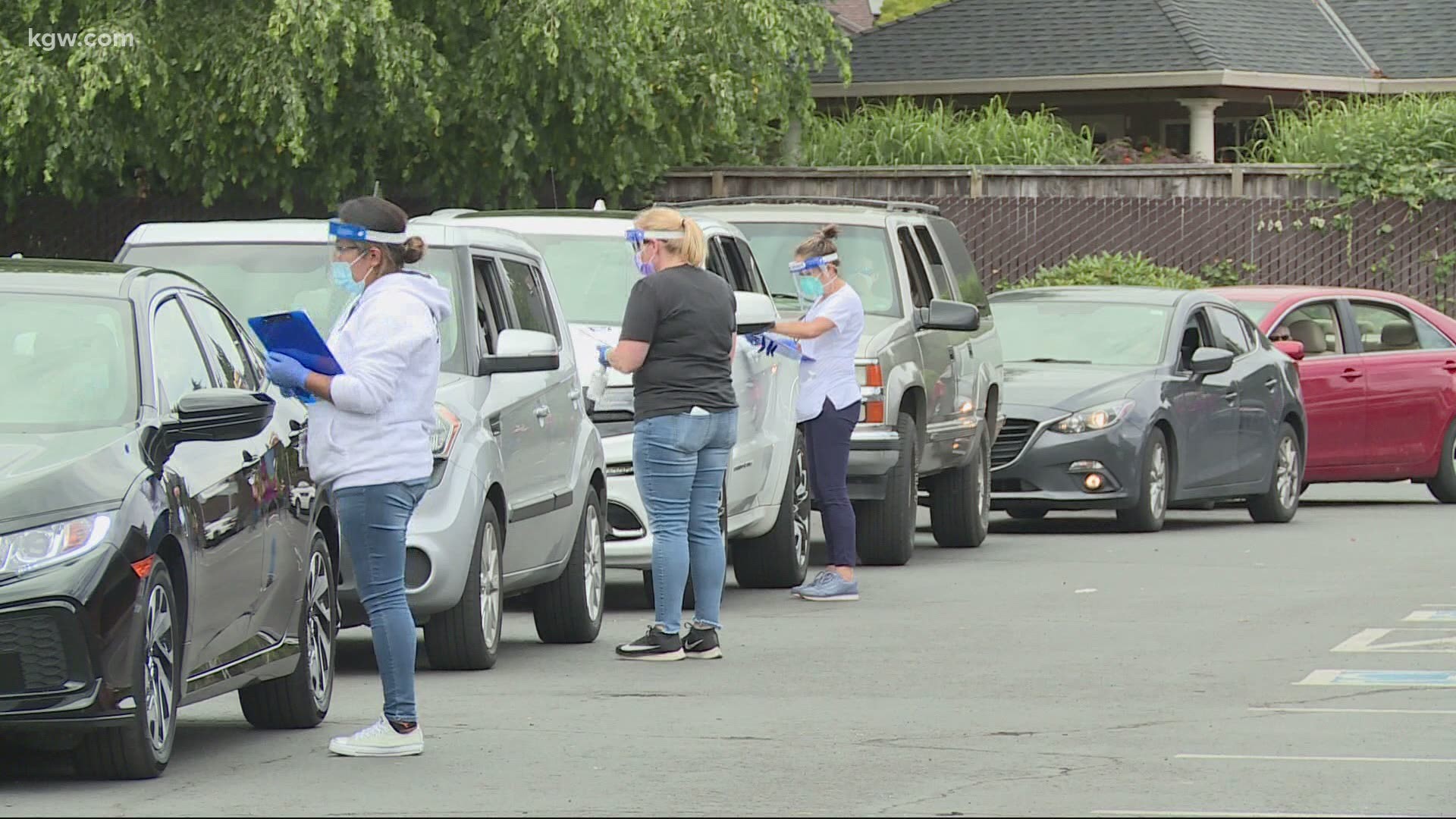 PORTLAND, Ore. — The leader of the largest local grocery workers union and Portland’s mayor are calling for more widespread testing for COVID-19 in the greater Portland area.

“I want to see more testing. It just hasn't been. frankly, enough in my mind when people's lives are on the line. So, definitely more testing,” Clay said.

He said his members don't want to expose anyone to the virus, and also don't want to be exposed themselves. So, he thinks frequent and routine tests of everyone is common sense.

"Now is really the time where we should be doubling down on safety, not just for my folks but for the community," Clay said.

The idea behind widespread tests that are easy to get is that more people will get the tests and make informed decisions about their health.

“There's no question in my mind that tests should be more broadly available and people should be tested on a more regular basis, particularly people who come in contact with a lot of other people,” Wheeler said.

The mayor does not have a particular number in mind but said it clearly needs to be more than what is happening now.