Mayor Wheeler is suggesting the city pass an ordinance requiring landlords to pay relocation costs for any tenant who moves out after any amount of rent increase. 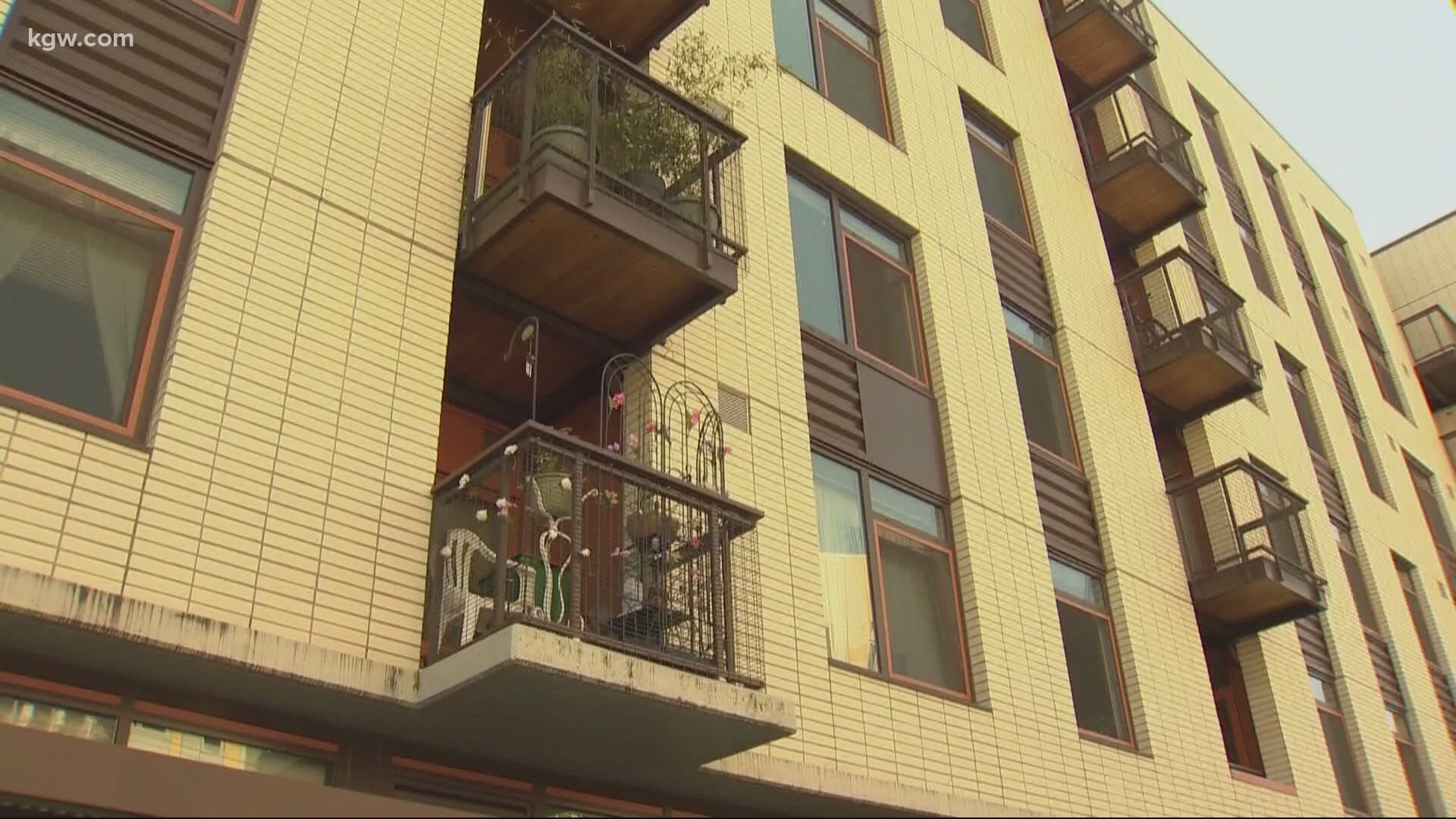 PORTLAND, Ore. — Portland Mayor Ted Wheeler wants to make it easier for renters to hang on to their apartments and houses at least until the end of the year.

He’s suggesting the city pass an ordinance requiring landlords to pay relocation costs for any tenant who moves out after any amount of rent increase.

Currently that relocation cost only kicks in if the rent is increased 10% or more.

Portland's mayor painted a picture of desperation in some parts of the city, where renters are barely hanging on during the pandemic.

“When we know that safe, stable housing is critical to maintaining the public’s health, we’re continuing to hear about rents going up. Further challenging households already struggling to make the rent payments,” Wheeler said.

He shared graphics showing 1 in 4 renters pay more than half of their income for rent. He also said that in the Black community-- 74% rent. As opposed to the white community where 43% rent.

He also wants the city to set aside 500-thousand dollars to help with housing challenges in East Portland. Kymberly Horner sees both sides of the problem.

“One of our main goals is to make sure that the African American community in particular has clean, decent living standards in addition to affordable housing options,” she said.

Horner is the Executive Director of the Portland Community Reinvestment Initiatives, which focuses on housing for African Americans in North and Northeast Portland.

The group owns many of the buildings that provide 700 units. And they've lost $361-thousand dollars from rent not being paid since April and she still needs to pay the mortgage companies each month.

“Our rent alone has been decreased greatly as a result of people in the Black community and low income residents in our portfolio losing jobs or simply not being able to keep up with the rent because they've had a reduction in hours,” she said.

But she also noted the city is offering qualifying homeowners up $6,000 to help with paying their mortgage. The federal government, state and city have already started giving out 35-million dollars in rent and mortgage assistance in Oregon.

Part of that $13-million dollars is going to families who need cash to help them thru the pandemic fueled crisis. And they’re using 40 new contacts to get the money to people who really need it.

“We’re actually right now working with a group of culturally specific providers- new providers that the city and county has not had relationships with in the past to expand our reach into the bipoc (Black, indigenous, people of color) community,”
said Shannon Callahan, Director of the Portland Housing Bureau.

RELATED: Portland group on mission to save Black neighborhoods