It’s a small machine that could play a big part in keeping us safe. The Germ-Fogger is a mobile unit designed to disinfect high-touch surfaces. 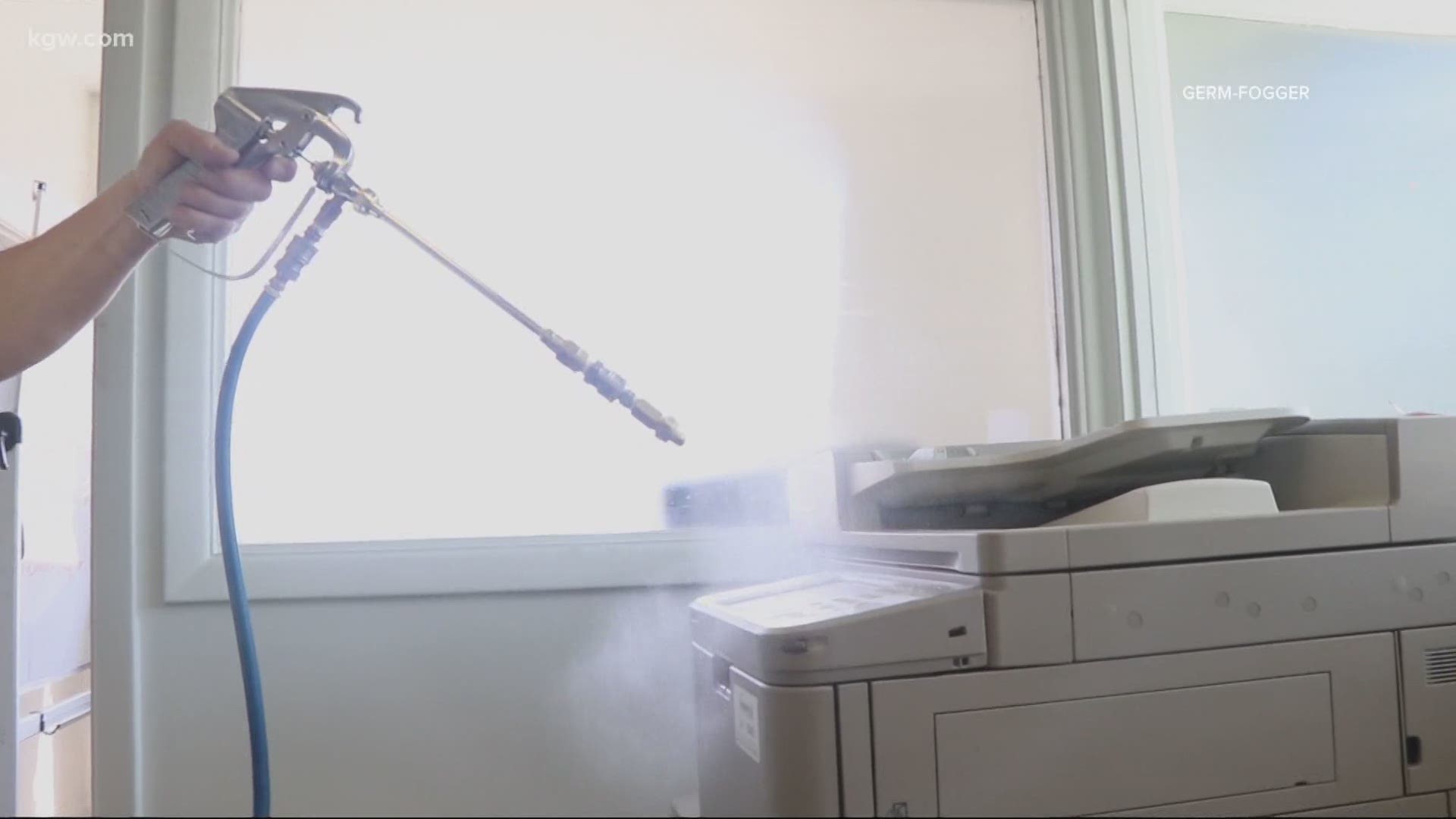 PORTLAND, Ore. — In 2011, when Thad Fisco started Portland Kettle Works, it was a pivot from real estate development and construction to something more refreshing.

The company helps craft breweries go from startups to success. For Thad, the progression of his own business was something he never expected.

"We had a pretty strong background in sanitation because working in the beverage industry, every tank we build has sanitation facilities in them."

Out of that expertise, Germ-Fogger was born. Fisco’s new company bubbled up fast to aid in the fight against the coronavirus.

"Eight weeks from whiteboard to having a spun-up website and selling our first units," Fisco said. "To our knowledge, it’s the only machine like this made in the United States."

The Germ-Fogger mobile disinfecting unit meets CDC standards for infectious disease control. It holds a five-gallon tank filled with a disinfecting agent. Fisco says it can "fog" 15,000 to 18,000 square feet in about an hour with a pair of applicators.

"It runs off of two application wands that you can attach with hoses and go about 150 feet in each direction so 300 feet of capability, which is great," Fisco said.

Schools, airports, and hospitals are some of the early customers aiming to wipe out the virus from high-touch surfaces. “I think it gives a certain level of comfort to people if they can get out in public and know that ‘I’m in an environment that’s safe because they’re using equipment like this to control the disease,’” he said.

The unit is assembled in Portland. It’s a small machine that could play a big part in keeping us safe.

"We need to be prepared to fight it in a different way and that’s how we’ve become involved in doing what we’re doing," Fisco said.

RELATED: Portland Made: a place for emerging entrepreneurs to come together