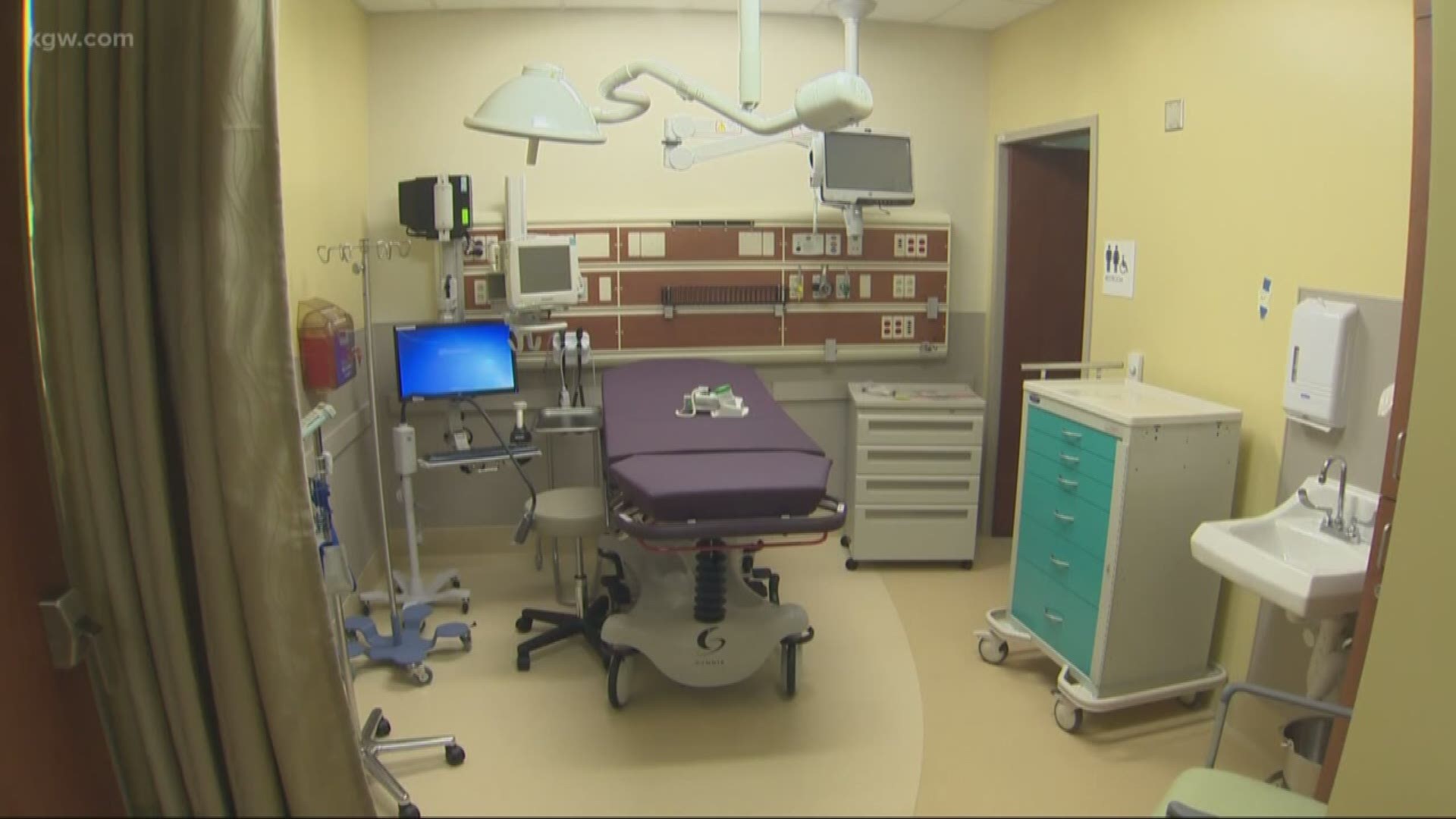 PORTLAND, Ore. — A surge in COVID-19 patients at Portland area hospitals is expected to hit about the same time area and statewide supplies of disposable personal protective equipment are expected to run out, according to a memo sent to Portland area doctors Monday night.

Multnomah County Health Officer Dr. Jennifer Vines said that based on early modeling, a surge in patients needing hospital care is expected to begin in the next 1-2 weeks. She also said she expects area and statewide supplies of gloves, protective eyewear, gowns and masks to be depleted in about two weeks.

"We do not know when supplies will be replenished," Vines said during a press conference with other Multnomah County leaders Tuesday morning. "This is part of being beholden to a global supply chain. I can assure you that people are literally working on this question right now, looking for strategies both to preserve and other creative solutions to protect our frontline workers."

Vines said Tuesday that the expectation of a surge in patients in the next two weeks is based on early modeling, but stressed that the decisions people make right now about social distancing could help flatten the curve.

"That all depends on what we do collectively and individually in staying away from others and slowing the spread of this virus," she said.

Currently, testing is limited to about 80 tests per day at the Oregon State Public Health lab.

Vines said the lack of "widely available, prompt testing remains a major frustration and challenge." She said more testing capacity is on the horizon and that non-traditional testing options like drive-through testing may emerge as capacity expands.

"There is no withholding of supplies or testing capability. We are doing the best we can. ... Unfortunately, giving the global supply chains that are a reality, we're having a difficult time getting both testing supplies at the clinic level and also testing supplies at the lab level," Vines said Tuesday morning. "I'm getting asked if we've tapped into federal reserves around supplies, and the answer is yes. That is a state request and I can assure you a lot of people are looking high and low for solutions to the testing supply question."

Oregon Gov. Kate Brown on Tuesday said the state is expecting to ramp up testing substantially over the next three weeks. According to a White House briefing with governors across the country, about one million tests will available by next week, followed by two million the next week and five million the week after that.