Health officials are working with Pacific Seafood to notify all those who are positive and conduct "extensive" contact tracing. 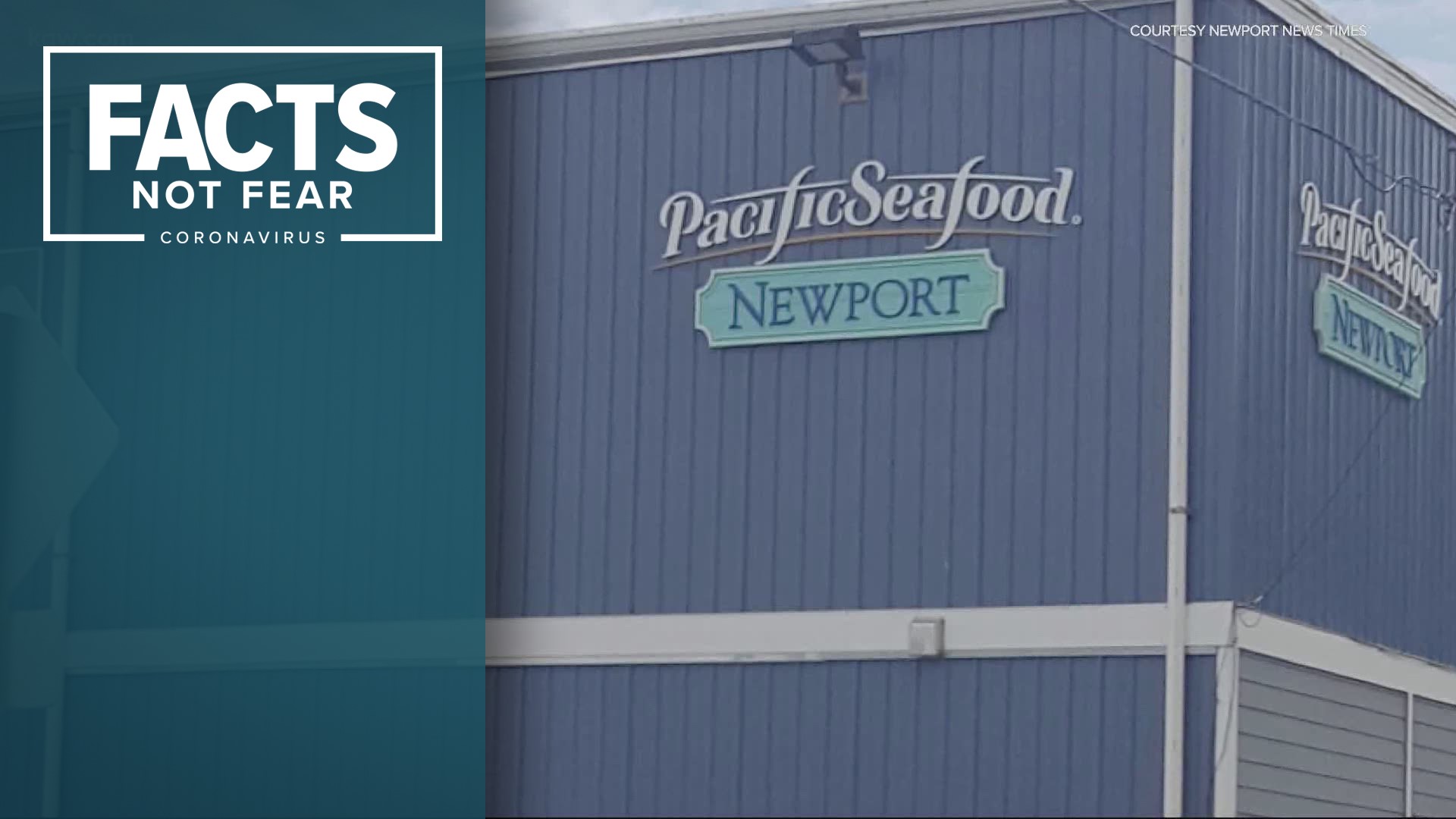 NEWPORT, Ore. — New COVID-19 test results on Sunday revealed that an outbreak at Pacific Seafood's plant in Newport has grown to 124 cases.

The outbreak was concentrated at the Pacific Shrimp processing facility.

According to the company, the majority of the employees, all but six, did not report any symptoms.

The discovery came after the company tested workers at all five of its Newport facilities. Operations at all five plants have been suspended.

The investigation into the outbreak started June 2, but the initial case count was fewer than five workers. The OHA publicly reports outbreaks of more than five cases in workplaces with more than 30 employees.

State and county health officials are working with Pacific Seafood to notify all those who have been confirmed positive and conduct "extensive" contact tracing.

"There is going to be some risk in Lincoln County," said Dr. Paul Cieslak, public health physician with the Oregon Health Authority.

The agency does not believe there is any risk of the virus spreading through the food from the plant.

"We hope to minimize the risk having identified the folks who have the virus, advising them to isolate at home following up on their contacts advising them to quarantine for 14 days," Cieslak said.

Lincoln County is in phase one of reopening, as it has been for three weeks.

The news of the outbreak prompted some restaurants to shut down again.

Wills is a chef and co-owner of Sorella on Nye Beach. After partially re-opening his dining room two weeks ago, Wills decided to close completely for the next few days to re-clean and re-assess the situation.

"I think it made us all kind of take a step back and take a broader look at things," he said.