The state's vaccination rate continues to fall despite cash incentives to get the shot. 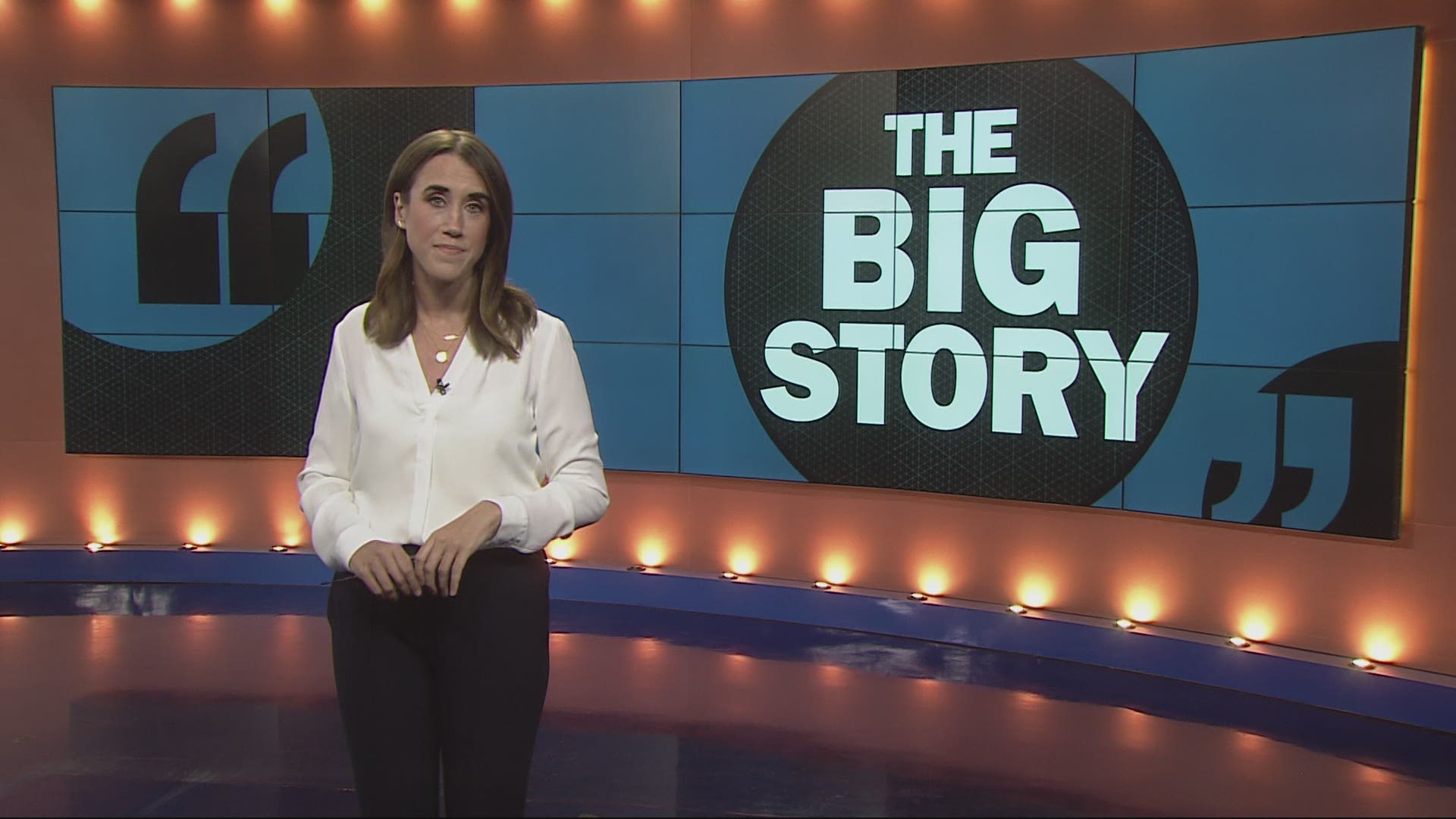 PORTLAND, Oregon —
Oregon is offering a million-dollar lottery jackpot and all you have to do is get a COVID-19 vaccination to be entered.

And yet, two weeks after the announcement, that incentive is having little if any impact.

It's surely not what Gov. Kate Brown hoped for when she made the announcement during a video news conference on May 21.

“If you've been waiting to get a vaccine, or you just haven’t gotten around to it yet, we're going to give you an extra incentive. How about a chance to win a million dollars?" she said.

Turns out, a lot of people either missed the message or were not impressed.

Following the governor's announcement, KGW compiled a running list of the number of new people getting a COVID-19 shot each day.

On the day of the announcement, 14,943 people got their first shot, and the numbers have fallen ever since.

Oregon is roughly 130,000 people away from meeting the governor's 70% vaccination goal. At the current rate, it will take another 27 days to reach.

On Wednesday, KGW's Pat Dooris asked Dave Baden, the leader of Oregon’s COVID vaccination effort, if the lottery is working.

“I think it’s a little early to tell generally, but ... the data does not lie in that our overall trend has been decreasing even in the last 12 days,” he said.

Baden pointed out there was a small bump in the rural Sherman and Gilliam counties where one lucky person in each county will win $10,000.  And sure enough Gilliam County, went from a total of 616 people vaccinated on May 24 to 661 on June 3.

Every county in Oregon will give away $10,000, but no other counties have seen an obvious impact from the lottery announcement.

Baden is not ready to say the idea is a bust.

“It’s a little early to tell, especially knowing there is going to be some additional advertising and more ways of ensuring that every Oregonian knows that this incentive is out there,” he said.

COVID-19 vaccine lotteries are a popular idea around America.

First launched in Ohio, the idea is to give away a pile of money to a lucky person chosen at random and all you have to do to be eligible is get the COVID vaccine. The hope is lots of people who were waiting to get the shot will get it sooner for a chance to win.

Ohio Gov. Mike DeWine wrote an opinion piece for the New York Times in which he stated, "the results have exceeded my wildest expectations."

Back in Oregon, Wasco County Commissioner Kathy Schwartz is also a nurse and spent Thursday morning giving COVID shots at a clinic in The Dalles, where she asked people about the vaccination lottery.

“And I would say a lot of people still didn’t know about it,” she said.

Schwartz said people are more motivated by the $50 gift card Wasco County is giving each new person who gets the shot, although to be fair, many would rather take the $1 million grand prize.

“They were excited about it once they heard about it, because I would tell them about it. And they also thought they’d tell some friends and family about it that had not been vaccinated yet. But it didn’t seem to be a real motivator for folks,” said Schwartz.