Katie Bruun was one of 28 students who tested positive for COVID-19 during move-in days at Oregon State. But she took another test the same day and it was negative. 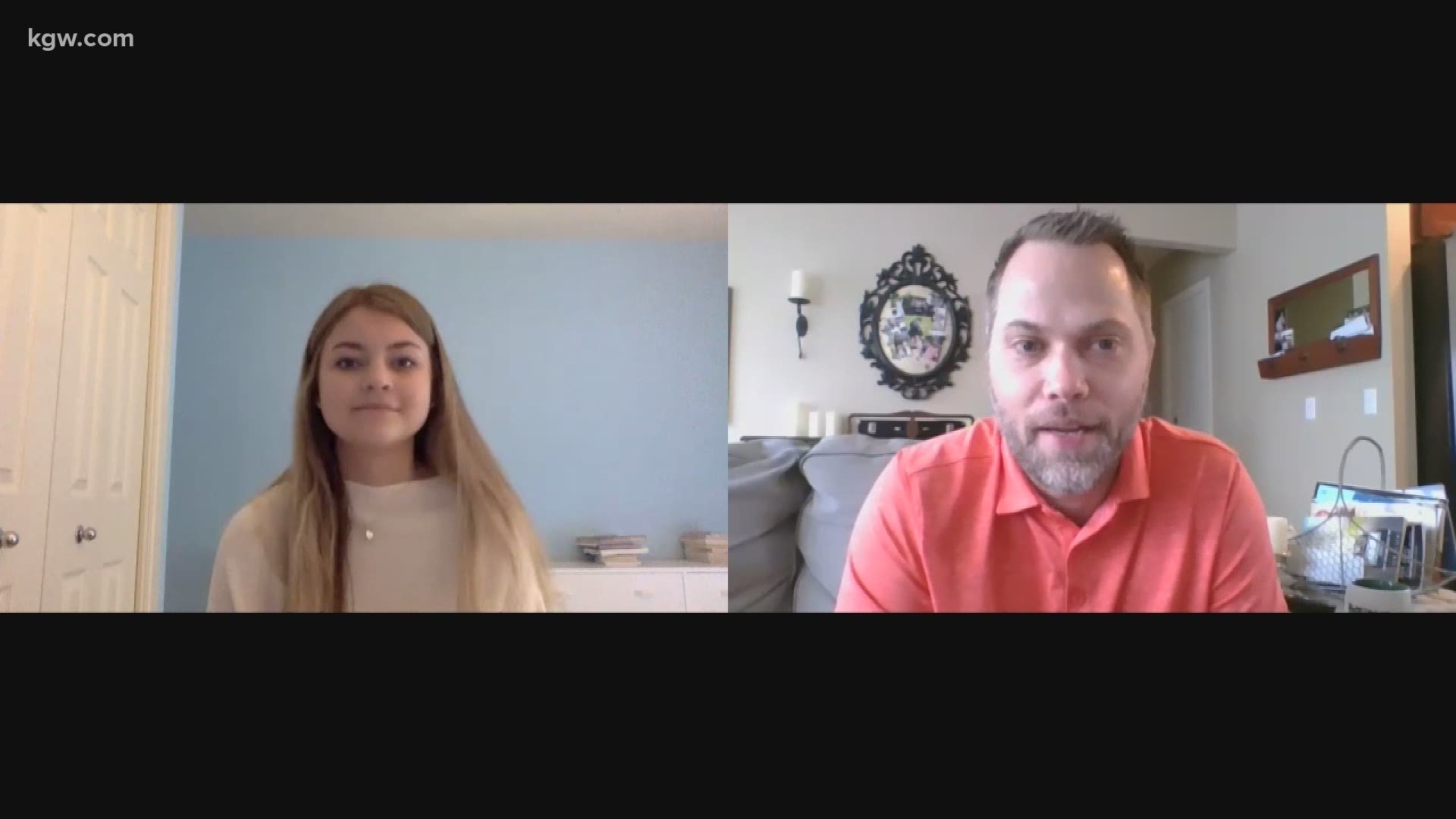 CORVALLIS, Ore. — Oregon State University freshman Katie Bruun waited in line outside Reser Stadium around 9 a.m. Friday. It was the first day that students could move into the dorms on campus.

As part of the moving in process, every student had to take a mandatory COVID-19 test. It was self-administered in front of a trained observer from the university's TRACE Project.

Bruun describes herself as a very scientific person; she's studying for a health sciences major. So, when the testing took place, the way it happened gave Bruun some concerns.

"When you did the test it was do it yourself, which is fine, but you put the test back in the paper, which was unsealed and then you put it in a medical waste box with a bunch of other tests and that, right off the bat, did not sit right with me and I thought it was weird," she said.

Bruun waited about an hour and a half before receiving her results.

"It came back as positive. They gave me a call and one of the doctors on staff said, 'Hey, you tested positive,'" she recalled.

She said it was a scary thought for someone with autoimmune disease issues.

"I knew that if I were to get COVID, I would get hit really, really hard with COVID. So, I was very, very surprised with the results," she said.

Bruun had two choices: stay in an on-campus isolation dorm with all the amenities or isolate at her parents' home in West Linn. She chose the latter.

The same afternoon she took the test at Oregon State, she took another COVID-19 test at her doctor's office in Tigard. This time, with a different result.

"The nurse came back to my car and was like, you came back negative," Bruun said.

Bruun said her family and close friends all took tests, sometimes multiple times, and all of them, she said, came back negative.

"I don't want to blame Oregon State or anything like that, but I still have zero symptoms and I had negative tests across the board and that's why I'm somewhat questioning my positive," Bruun said.

A few hours later at her doctor's office, a different test came back negative.

So, how can a test come back positive and negative in the same day? AFC Urgent Care doctor Ken Melvin said it's possible.

"If everything was done correctly. Perfectly correctly, there is some probability that one will have a false positive and one may have a false negative. Those do occur," Dr. Melvin said.

"The likelihood is that the PCR is the more reliable, but I would say that under those circumstances you just have to get a presumed positivity in terms of behavioral modification, quarantining, etc. until another test would otherwise reveal a tie-breaker," Melvin said.

Bruun's mom said she's only taken the one negative test so far.

During the five-day move-in process, 28 students tested positive out of 2,089 that tested, or just over 1%.

KGW reached out to Oregon State for comment, but never heard back.

Meanwhile, Bruun will isolate herself at her parents' house waiting to move back in.

"Definitely a little bit lonely," she said. "I miss my roommate because me and my roommate have all of our classes together."

The university sent Bruun a letter saying she needed to quarantine for 10 days plus 24 hours after her positive test. She plans to move into her dorm the last day in September.