'We will soon reach a breaking point': Oregon sets new daily mark for COVID-19 cases with 1,122

This marks the first time Oregon has reported more than 1,000 cases in a single day. 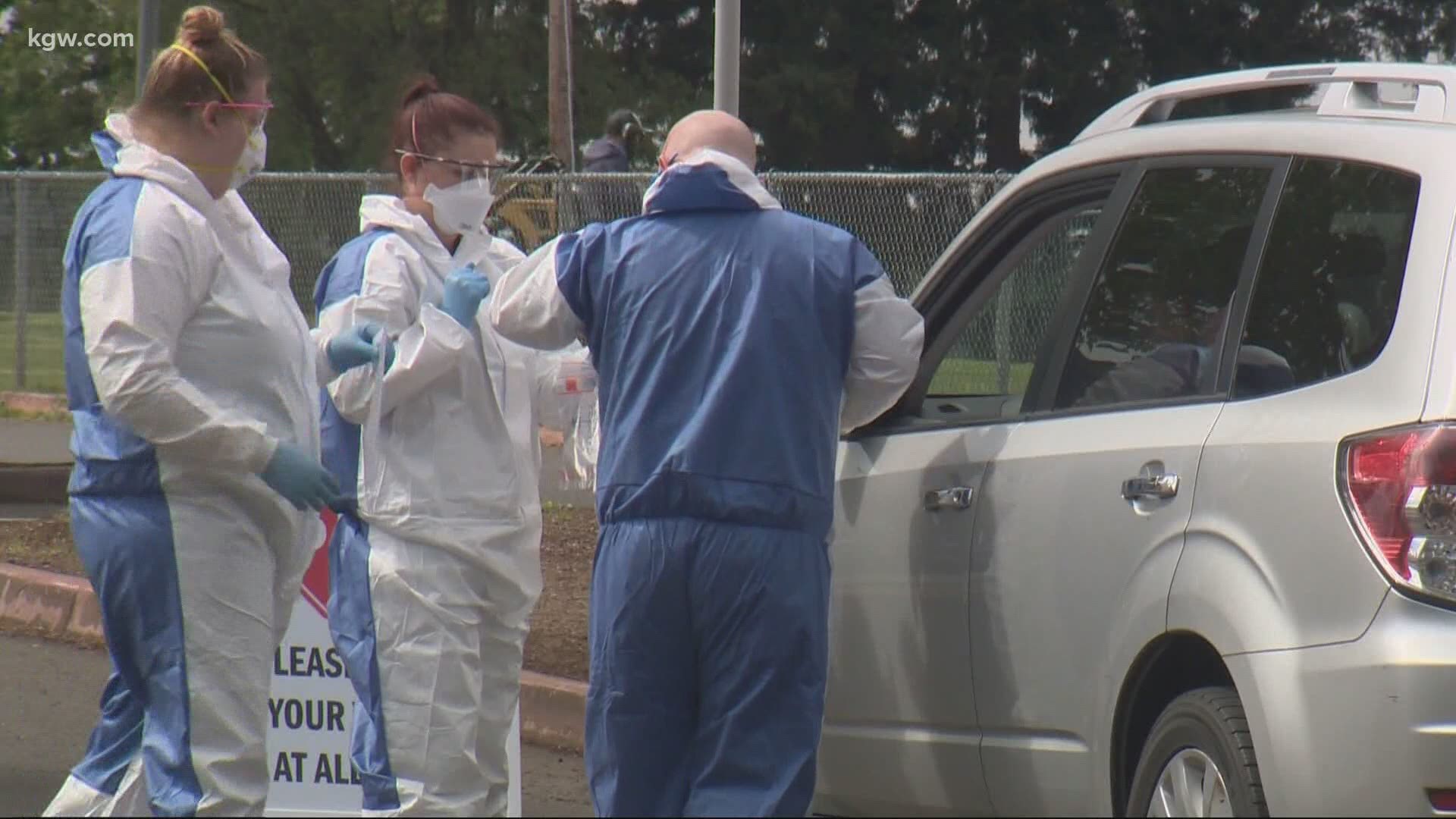 This marks the first time Oregon has reported more than 1,000 cases in a single day. Since the start of the pandemic, there have been 53,779 known cases of COVID-19.

The previous daily record was 988 reported cases, set on Nov. 7. Over the past eight days, Oregon has reported its eight highest daily case counts so far during the pandemic, ranging from 723 cases to 1,122 cases. During this stretch, Oregon has averaged 866 cases per day.

"Small social gatherings continue to act as a catalyst for COVID-19 transmission," the Oregon Health Authority (OHA) said in a release. "A portion of this week's rising cases can be attributed to at least five Halloween events, from small social gatherings to a party attended by more than 100 people."

In a recorded message, Oregon Gov. Kate Brown said the state is reaching a breaking point.

"Even more Oregonians are going to become infected with COVID-19 if we do not change course right now," Brown said. "Our hospital beds are filling to capacity and our doctors and nurses are working day and night. If we do not act immediately, we will soon reach a breaking point.

"Our communities and our economy will be hit on a scale that was unimaginable even a few short weeks ago, and unfortunately, many more Oregonians will die. We have already lost too many."

Brown said she's working with her healthcare advisers to determine what steps are necessary to stop the rapid spread of COVID-19. She called on Congress to act immediately to provide financial aid to states and urged Oregonians to do their part to help limit the spread.

"I'm asking you again today, please do your part," she said. "Wear a mask in public, stay home when you are sick, limit your social interactions. The coming weeks are going to be tough. We are going to get through this together."

OHA reminded Oregonians of the following precautions they can take:

OHA also reported that four more Oregonians have died of the virus, raising the state's death toll to 746 people.

Among the new cases reported Thursday, Multnomah County had the highest total with 351, followed by Washington County with 169 and Jackson County with 123.

The OHA released the following information about the people whose deaths were reported Thursday: