Of the 15 positive cases between residents and staff, nine were among people who were fully vaccinated. Only the two unvaccinated residents were hospitalized. 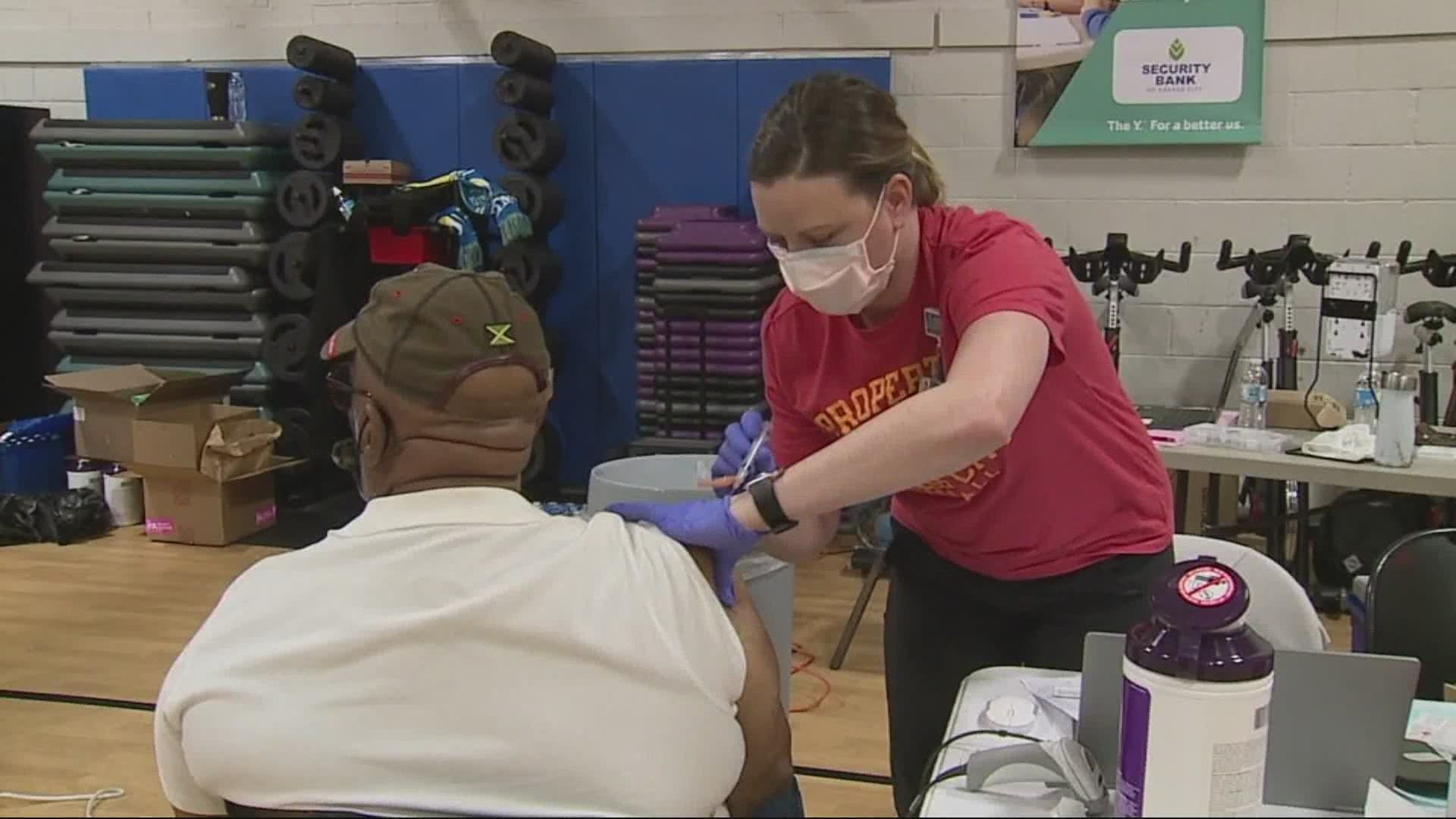 PORTLAND, Ore. — More than a year after coronavirus arrived in Oregon, some long-term care facilities continued to see outbreaks, despite the fact most staff and residents had been fully vaccinated.

Kevin McKay runs Cornerstone Care Option, a senior care facility in Southeast Portland. Like many long-term care facilities, McKay's clinic had its first coronavirus outbreak in April 2020. He hoped it would be his last.

When vaccines became available earlier this year, McKay thought the worst was behind him. By the end of February, 75% of his staff and 92% of his residents were fully vaccinated.

But at the end of April, Cornerstone Care had a resident test positive. By early May, multiple people had coronavirus, including McKay.

The outbreak has since been resolved but the number of fully vaccinated people who tested positive surprised McKay.

Of the 15 positive cases between residents and staff, nine were among people who were fully vaccinated.

These are called breakthrough cases — instances where people test positive more than two weeks after completing one of the FDA authorized COVID-19 vaccines.

Data from the Oregon Health Authority shows breakthrough cases are extremely rare. OHA has only identified 1,009 breakthrough cases out of more than 1.85 million people who had completed their COVID-19 vaccine series, according to the most recent report from early June.

Dr. Marcel Curlin, an infectious disease specialist at OHSU, said older people may be more susceptible to breakthrough cases, in part, because they tend to produce fewer antibodies.

RELATED: AP: Nearly all recent COVID deaths in US among unvaccinated

Last week, the Oregon Health Authority released a report showing 84% of residents and 62% of staff at long-term care facilities in Oregon were fully vaccinated as of May 9, 2021.

The data was voluntarily reported by 407 long-term care facilities across the state — that includes nursing, assisted living and residential care facilities — according to OHA.

But McKay says the risk of breakthrough cases in facilities like his was not made clear enough. If it had been, McKay says he would have tested his staff more frequently.

"At that time we were going by guidelines that had us testing every month for our staff. We were previously [testing] weekly, we had rapid availability, we were told to just go ahead and test monthly and that was a mistake," McKay said.

According to OHA, 10% of all breakthrough cases have occurred in people who live in long-term care facilities or other congregate care settings.

We reached out to the Oregon Health Authority and asked why breakthrough cases may be more common in long-term care facilities. A spokesperson for OHA cited the low number of breakthrough cases among fully vaccinated individuals but went on to say:

"We remain very concerned about unvaccinated residents and, in particular, staff in LTCFs introducing infection into these facilities and vaccine breakthrough cases then occurring."

Dr. Curlin says the addition of new variants and the same conditions that made long-term care facilities vulnerable to COVID-19 last year, might also contribute to breakthrough cases.

“If you add up all the different factors — like new strains coming along, and being in an older age category like in a nursing home — that puts you at a bit higher risk. And then you’re in a congregate setting...So those conditions are really ideal for the virus to spread if it can,” Dr. Curlin said.

So what does it mean when a coronavirus vaccine, like Pfizer or Moderna, is 95% effective? 95% effectiveness is not a 95% assurance that a vaccinated person won't test positive, Dr. Curlin clarified.

Instead, Dr. Curlin says 95% refers to the likelihood of avoiding serious outcomes from COVID-19.

“In this group of people that are really at the highest risk and who are going to end up in the hospital or die, they’re protected from that outcome at about 95%," Dr. Curlin said.

That's what happened at McKay's facility — all the vaccinated people, most of whom were in the high risk group, had mild symptoms.

The only two people who were hospitalized were not vaccinated.

"Our younger, non-vaccinated staff did have a little more symptomatic stuff. Both of our residents who were non-vaccinated, in fact, ended up being hospitalized,” McKay said.

None of the residents or staff at McKay's facility passed away due to COVID-19. He hopes this is the last outbreak they have to overcome.