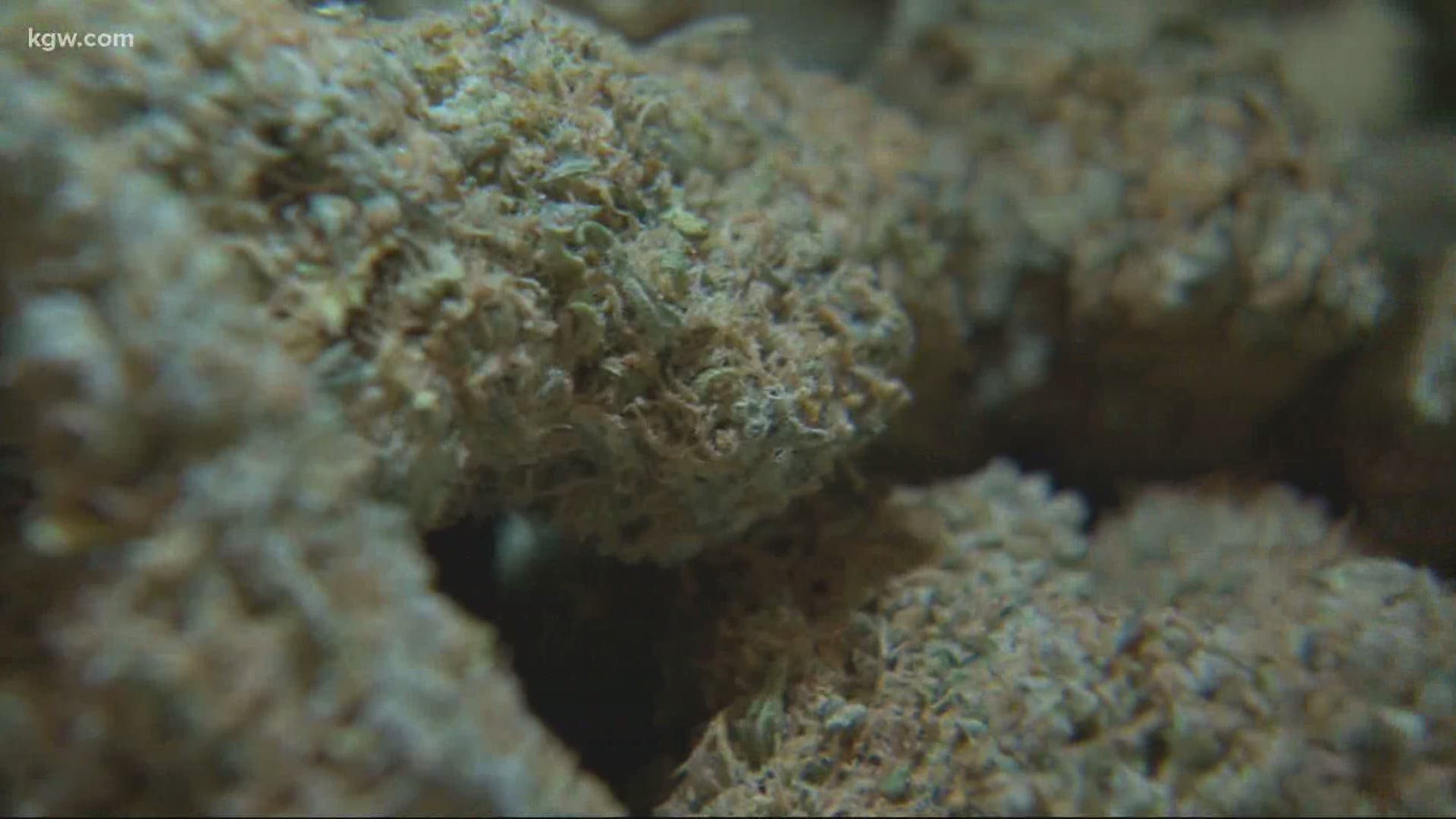 PORTLAND, Ore. — There is one bright spot in the economy: marijuana sales.

In April, Oregon saw $89 million in legal marijuana sales. The Oregon Liquor Control Commission reports marijuana sales were up 45% in April, compared to last year, making April 2020 the largest month on record for the state.

Proponents believe the coronavirus pandemic could be the catalyst for other states and the federal government to legalize marijuana because it would bring tax revenue, create jobs and give the economy a much-needed shot in the arm.

Oregon’s annual tax revenue from recreational marijuana sales exceeds $100 million. The state collects 17% tax on retail cannabis sales, while counties or cities can apply a 3% tax. Legal pot has provided a steady stream of tax revenue when other sources like personal income or state lottery revenues are less predictable due to the struggling economy and stay-at-home orders.

Many cannabis dispensaries were deemed ‘esssential’ in many states, including Oregon, allowing them to remain open during government restrictions.

“There’s a reason why over 25 states have declared marijuana dispensaries to be essential services. These are things people rely on,” explained Rep. Earl Blumenauer, D-Ore.

While many businesses have reduced their workforce during the pandemic, proponents say legalizing pot nationwide could help create new jobs for many Americans.

“Up until March there were almost a quarter-million people who worked in the industry,” said Blumenauer, a long-time advocate for marijuana legalization.

Congress is already considering some reform, including marijuana banking laws.

The latest COVID-19 relief bill, which passed the U.S. House last week, would give marijuana related businesses access to banks.

“Really this is a basic question of fairness,” said Sen. Ron Wyden, D-Ore.

Wyden believes marijuana-related businesses and dispensaries in legalized states, like Oregon should be able to open a bank account and take out a loan- like other businesses.

“It is an important public safety issue because I don’t think we should require these businesses in effect to be cash only,” said Wyden.

At the same time, there’s growing momentum for pro-legalization at the state level.

Voters in three states: New Jersey, Arizona, and South Dakota are expected to consider adult-use marijuana legalization on the November ballot, while state lawmakers in New York, Connecticut and Rhode Island have bills pending before their legislatures.

“It’s kind of a no-brainer if you think about it,” said Robb Arnold, owner of Jayne, a marijuana dispensary in Northeast Portland.

Arnold explained that Oregon is an example of a state that has seen the legal cannabis industry flourish by delivering much needed tax-revenue and jobs, even in the toughest of times economically.

RELATED: 'Granny Loved Weed': The cause at the heart of an eye-catching obituary