In recent weeks, COVID-19 testing in Oregon has increased to more than 9,000 tests 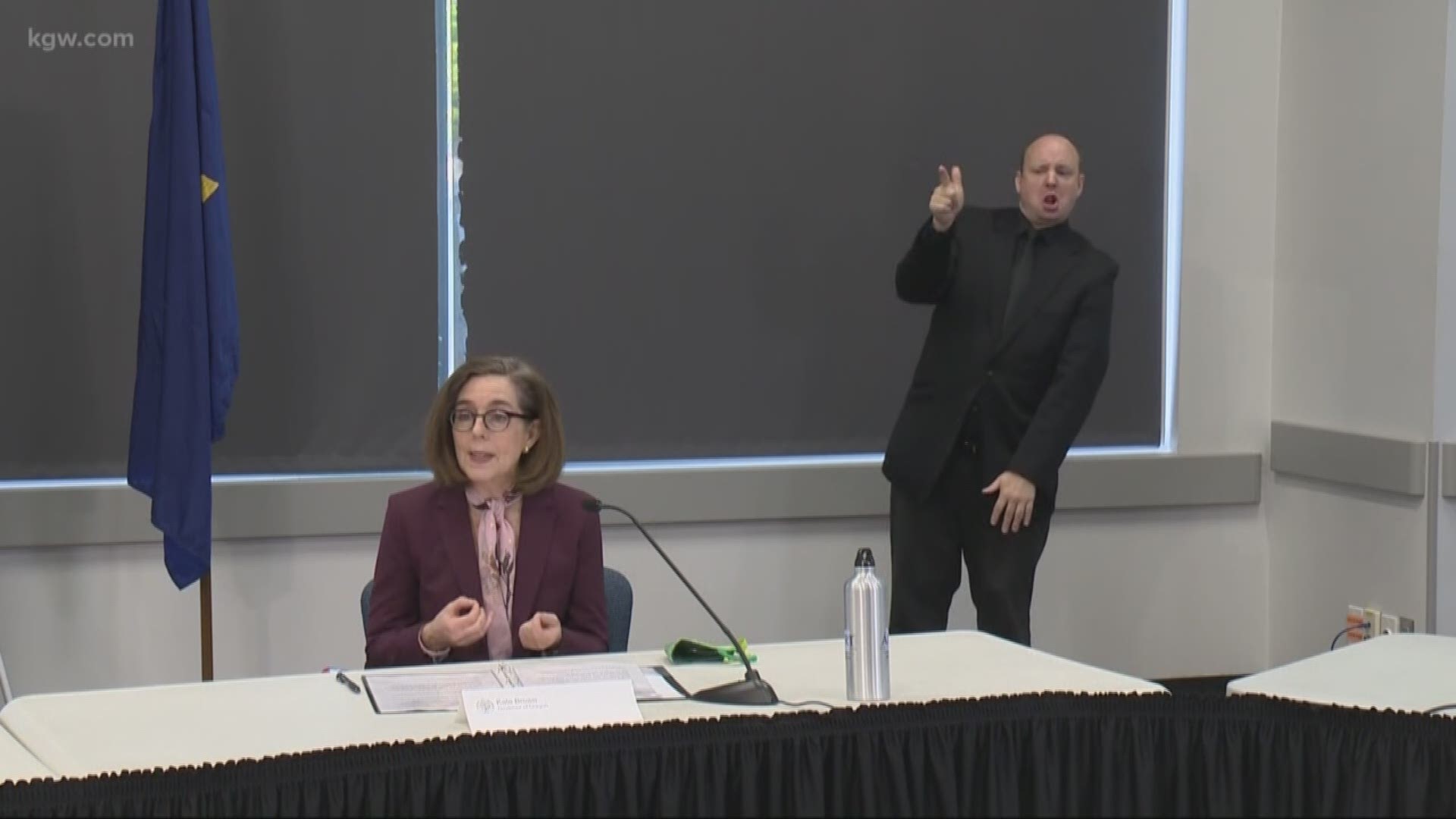 People will be chosen at random for testing and asked to volunteer in a partnership with Oregon Health & Science University. The governor also said some rural counties where there are almost no cases could begin reopening slowly starting May 15.

“This program is a game-changer,” Brown said. “It will give us a more accurate understanding of the true rate of infections in Oregon and to have ongoing precision monitoring of any new outbreaks."

Officials have said Oregon needs the ability to conduct 12,250 tests a week, for a rate of 29 per 10,000 people. That level would have to increase as stay-home orders are eased. In recent weeks, COVID-19 testing has increased to more than 9,000 tests

Health officials warned that opening up the state will inevitably cost lives but standing still forever is not an option.

“The challenge for us is to make sure that we’re managing that risk and mitigating it as effectively as we possibly can,” Health Authority Director Patrick Allen said. “The flip side of the coin is staying where we are today also has risk. We can’t keep everything shut down, including health care and important sectors of the economy, essentially forever.”

The number of reported COVID-19 cases in the state increased by 69 Friday, with one additional death. More than 58,000 tests have been administered in the state, with at least 2,579 positive results, though the number of those infected is believed to be much higher. So far, 104 people are known to have died from the virus in Oregon.

The governors of Oregon, Washington state, California, Colorado and Nevada have agreed to coordinate the reopening of their states. However, Brown told reporters that she and Washington state Gov. Jay Inslee are not in lockstep.

“I would say that we are marching on a similar path, but we’re taking different trails off of that path,” Brown said. “I do know that Gov. Inslee was quite frustrated that he closed down construction and manufacturing and wished he’d taken the approach that Oregon took.”

Under the Oregon testing plan, a request for 100,000 volunteers will go out mid-May. When any develop COVID-19 symptoms, they will be tested. A few other states have started similar testing.

Oregon also plans to step up contact tracing, so anyone who was in contact with someone who gets the coronavirus can be contacted and monitored. For aggressive contact tracing, Oregon needs about one person for every 10,000 Oregonians, state health officer Dean Sidelinger said.

For most people, the coronavirus causes mild or moderate symptoms, such as fever and cough, that clear up in two to three weeks. But it can cause more severe illness, including pneumonia, and death for some people, especially older adults and people with existing health problems.