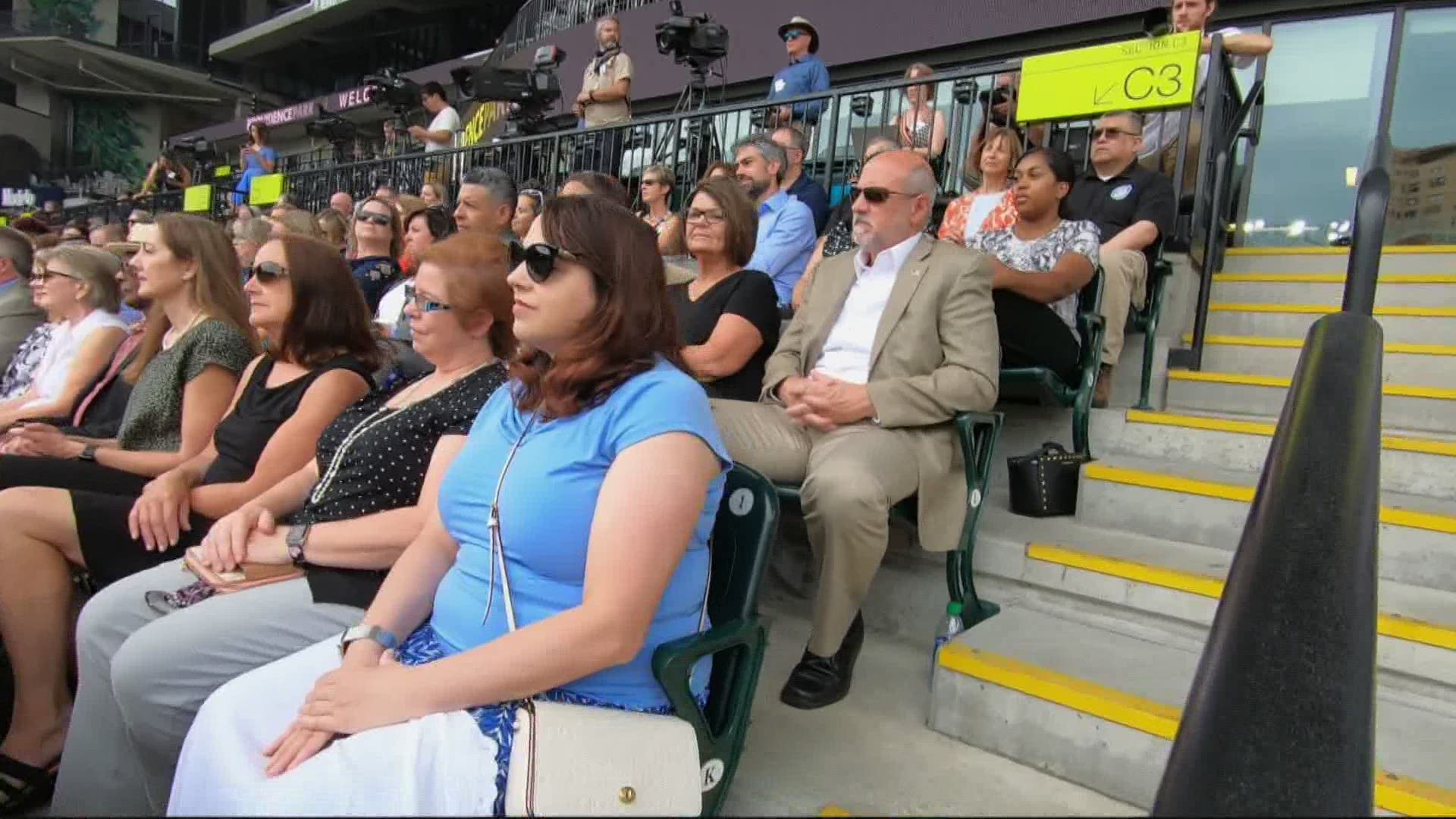 OHA said the number is based on data reported by the CDC Friday as well as data in Oregon's ALERT IIS system, which is not yet reflected on the CDC's vaccination dashboard.

According to the CDC, 2,343,617 adult Oregonians had received at least one COVID-19 vaccine dose as of Thursday, which put the state 2,206 doses short of reaching the 70% goal. OHA reported 1,478 initial doses Thursday, and said the state received reports of a backlog of 2,900 doses administered at pharmacies that had not been reported to the CDC. Some of the first doses were administered to children under 18, but a combination of those additional doses put the state over the 70% target.

RELATED: Oregon, Washington celebrate reopening after more than a year of COVID-19 restrictions

In a news release, OHA Director Patrick Allen said the agency's goal is to vaccinate 80% of Oregonians. According to OHA, 92% of cases in June occurred in unvaccinated people. Oregon is 18th in the U.S. by percentage of total population vaccinated.