"Prison is even more confined and compact than a nursing home or a cruise ship," advocate says. 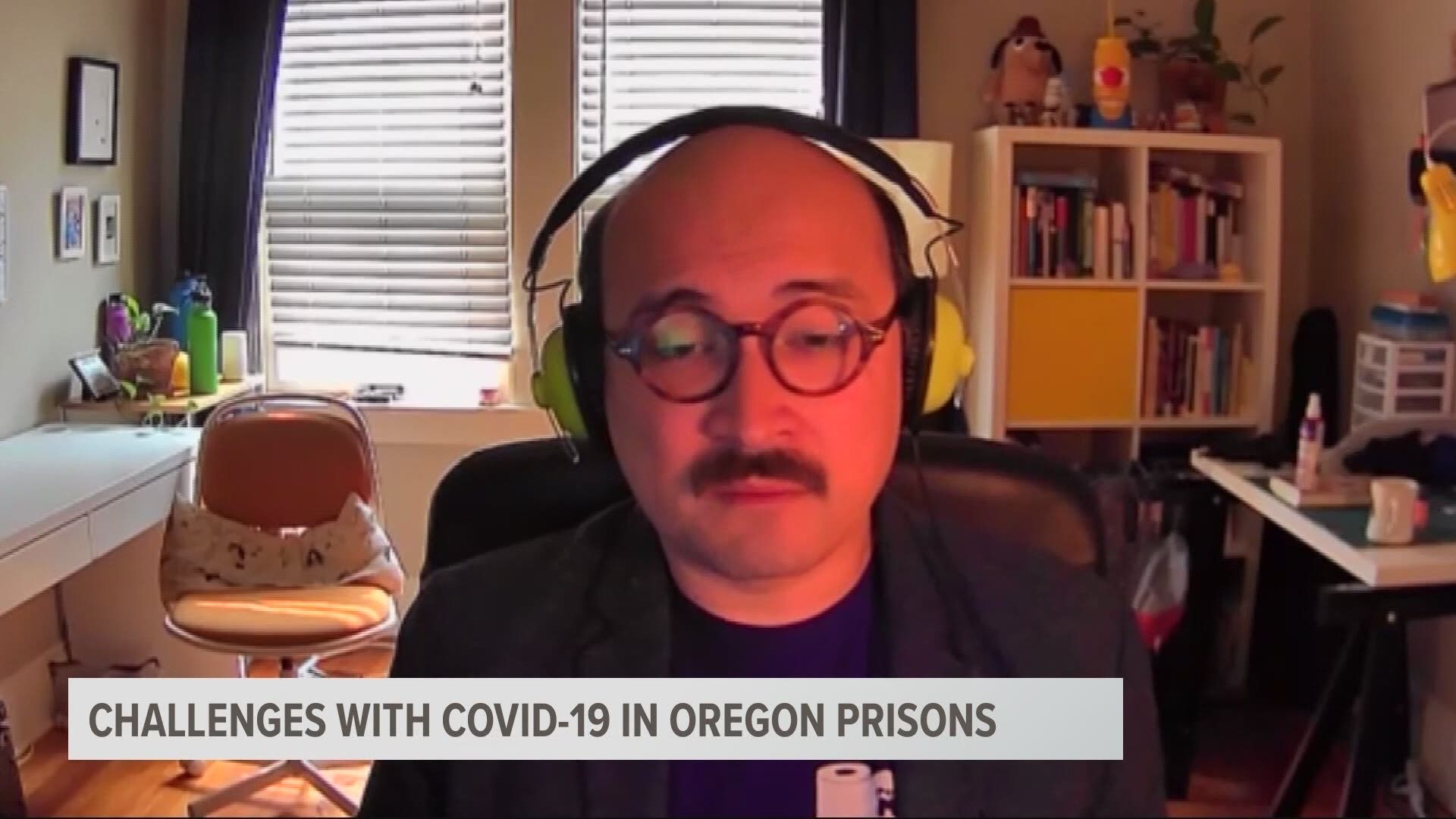 "And so people are afraid," said Juan Chavez of the Oregon Justice Resource Center (OJRC).

Chavez is an attorney with the nonprofit, which works on issues around mass incarceration. During the pandemic and wildfires, OJRC has been critical of the Oregon Department of Corrections (ODOC).

"They did not give themselves the best options to face two crises at the same time," Chavez said. "They were at a crossroads and chose to continue to mass incarcerate, and now we have this public health crisis."

Chavez argued the ODOC had opportunities at the beginning of the pandemic to plan possible disaster evacuation scenarios with COVID in mind.

The DOC confirmed this week 907 positive cases of COVID-19 among inmates and 230 cases among staff.

Six people have died in connection to COVID-19, according to the ODOC.

"If we have any kind of lapse in mask wearing, social distancing, and sanitation, then we have these mass outbreaks," Chavez said.

This week during wildfires, the ODOC confirmed to The Oregonian two inmates later tested positive for COVID-19 after evacuating alongside other inmates.

"Prison is even more confined and compact than a nursing home or a cruise ship," Chavez said. "The possibility that they're just going to catch this disease they were not sentenced to catch."

Groups such as OJRC and Oregon Physicians for Social Responsibility (OPSR) made calls to action Thursday, demanding the state and Gov. Kate Brown release more inmates to improve conditions in prisons.

“...Especially in an emergency, the state has a responsibility to care for the people it is holding in custody,” said Dr. Ann Turner of OSPR. “We must reduce the prison population immediately and take careful precautions to improve conditions and evacuation plans so that we avert additional crises."

ORJC also demanded the legislature launch an independent investigation into ODOC's response to wildfires across the state.

“We’re not disputing that ODOC had to act to protect incarcerated Oregonians and staff from the fires or suggesting that they should not have moved people,” said OJRC executive director Bobbin Singh in a news release. “But we’ve heard many alarming stories and have read concerning reports in the media that convince us that an independent review of how the evacuations took place and what happened once people arrived at their temporary accommodation is necessary.”

KGW reached out and spoke with a representative of the ODOC on Thursday for perspective on these challenges and OJRC's critique. The ODOC was not able to schedule an interview on Thursday, but is working with KGW to schedule one to add to this report.

RELATED: Here are the 66 active COVID-19 workplace outbreaks in Oregon

RELATED: Three Salem prisons evacuated due to danger of nearby fires