Statewide, 13 inmates have been tested for coronavirus, and each has tested negative. 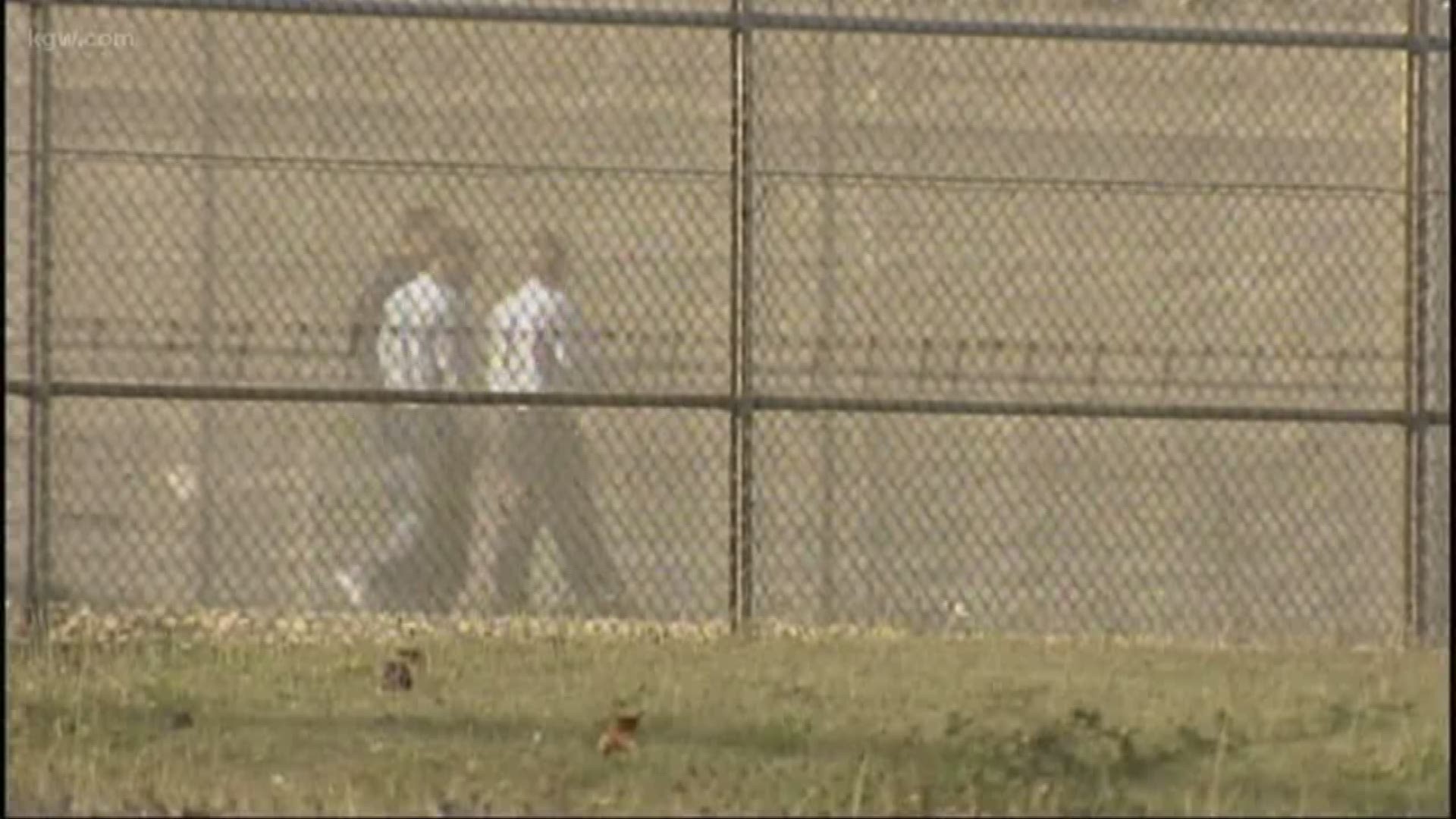 SALEM, Ore. — After it was announced an employee at the Oregon State Penitentiary in Salem tested positive for coronavirus, doctors, nurses and volunteers are taking temperatures of hundreds of inmates who may have had contact with the infected employee.

The Department of Corrections has not released any specifics about the employee, including their age or what their role at the penitentiary was.

KGW News spoke with Dr. Christopher DiGiulio, the chief of medicine for the Oregon Department of Corrections, on Thursday. Dr. DiGiulio said he, along with an infectious disease specialist, nurses and volunteers honed in on a portion of the prison population that had “close contact” with the individual who tested positive. They’ve been taking the inmates' temperatures and asking them a CDC-approved questionnaire.

“This is a Herculean effort because this is a three-tiered block with over 300 men in it,” Dr. DiGiulio said. “It took us about four hours to get through that group and we’re going to do it again today.”

So far, Dr. DiGiulio said those results have been good and the unit is "clinically stable."

As of Thursday afternoon, 13 inmates statewide have been tested, and all results were negative. Oregon's prisons house close to 14,500 inmates and they're run by more than 4,500 employees.

When asked if it’s possible to keep inmates 6 feet apart as recommended by the CDC, Dr. DiGiulio said, “We are doing our very best.”

He also said the DOC has been working for weeks to create lists of people in custody in every facility in the state who are part of the vulnerable population.

“We are reaching out to them weekly, if not three times a week, instructing them on the signs and symptoms of this disease, on the importance of covering their cough, washing their hands. And we're making sure that their medical needs are being attended to as best we can,” Dr. DiGiulio said.

DOC staff has also cleared out blocks of dormitories in various facilities that now sit vacant where COVID patients could be isolated for treatment.

“We've created space in some of our institutions. [For example] in some institutions, there's a whole unit that they shut down years ago that's not quite being used. At EOCI in Pendleton, we created a unit that wasn't quite full, so it was really easy to move people there. We have these respiratory wards set up ready to go and ready to receive a positive COVID patient. What we've also done is created a separate respiratory triage clinic. That means if you're having respiratory symptoms, we have a special clinic set up to evaluate those individuals and test them so that they don't have to go to our urgent medical clinic where we're seeing non-respiratory patients,” Dr. DiGiulio said.

However, an inmate needing critical care for COVID would need to be taken to a local hospital. DOC staff has also eliminated all group activities, and laid markers on the floor to help people stay six feet apart.

In the meantime, advocates like Alice Lundell with the Oregon Justice Resource Center have called for the DOC to release some adults in custody to create more space in prisons, so they are able to maintain proper social distancing.

“Gov. Kate Brown … could commute people’s sentences,” Lundell said. “She could work with the DOC to identify people who are at the highest risk [of getting coronavirus] … look for people who are coming to the end of their sentences, or people who have low risks of re-offending, people who do not pose serious risk if they were back to the community.”

When asked about commuting sentences, Gov. Brown's spokesperson said, "Among other options, the governor may consider use of her clemency powers, but has not made any decisions as of this point."

"We know that if there is an outbreak, it's not likely to stay in the prison. We still have people coming into and out of prison. We have staff coming in and out. So an outbreak in a prison is likely to spread," Lundell said.

On March 13, the DOC closed all facilities to visitors. This includes Effie Bustamante, Prison and Reentry Services Program Manager at Mercy Corps Northwest. Bustamante runs a 27-week entrepreneurship program called LIFE inside the prison on a weekly basis.

“What I know about the LIFE program is that it offers a weekly reprieve from the hustle and bustle of every day prison life,” Bustamante said. “You're able to come to a classroom and you're called by your first name, you're not called inmate. You are offered new tools for your toolbox and you are given a weekly reminder that there is hope outside of the prison gates. And again, while I haven't talked to anyone who's in prison [since visitors were banned], I can imagine for the 53 women who are currently in our class, it has been probably pretty challenging to have to not have that safe space."

Bustamante added all communications with inmates should be free at this time.

"I can't even imagine not being able to communicate freely with folks that I love to hear about the status of my communities and my children and my parents," she said.

KGW reached out to Myriah Williams, one of the women we profiled in a piece on the LIFE program at Coffee Creek Correctional Facility in Wilsonville, Ore., and left a voicemail.

If Gov. Brown decides to commute sentences of some inmates as called on by OJRC, Williams could be one of those inmates released early.

RELATED: Federal inmates to be locked in cells for 14 days amid coronavirus