Inmates can get early release by going through an intensive program, but that's been put on hold because of coronavirus. 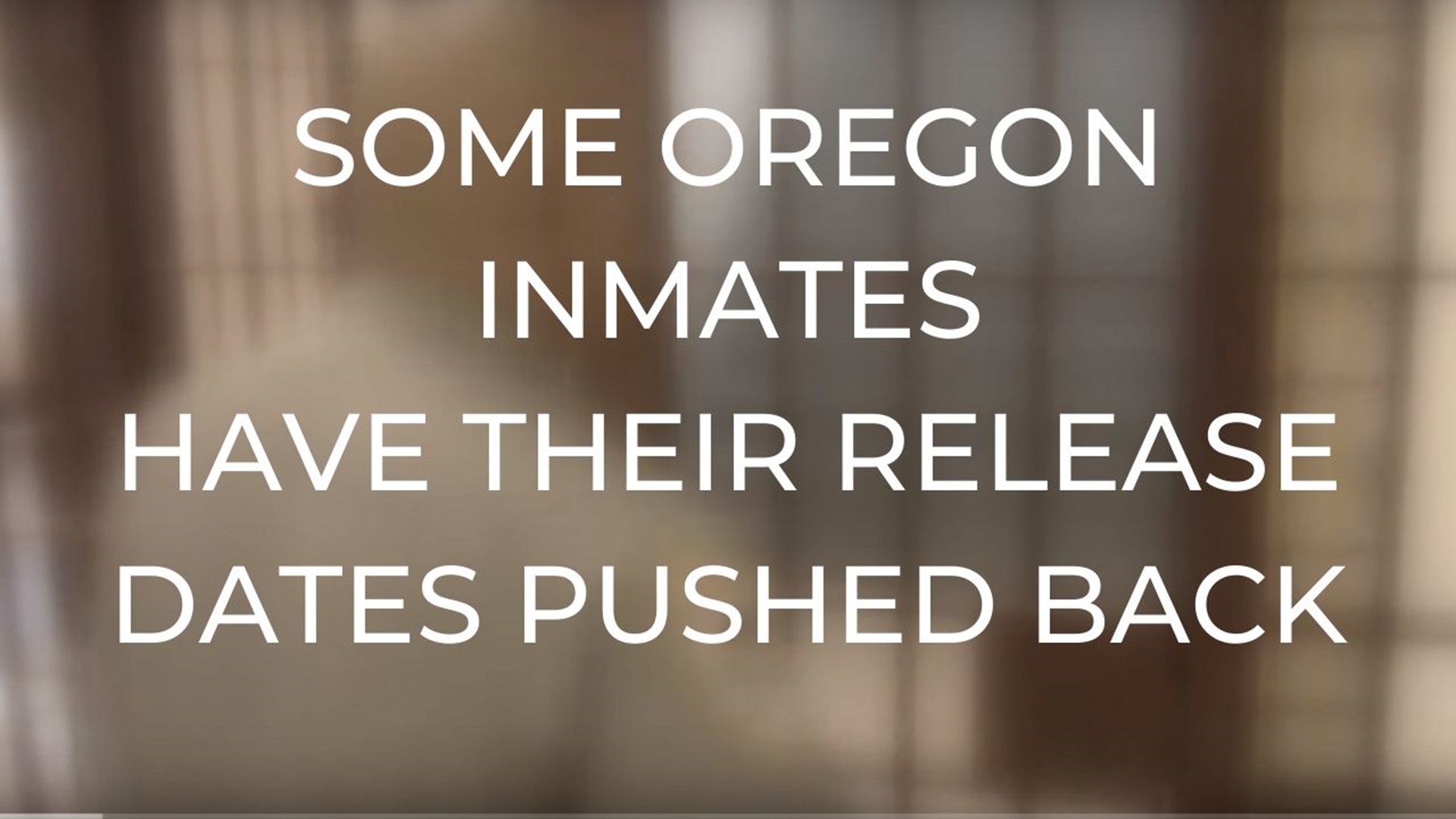 A ban on all visitors and contractors inside Oregon prisons last month due to coronavirus is leading to some inmates having their release dates pushed back by months.

Dozens of inmates across Oregon’s prison system participate in “alternative incarceration programs,” also known as AIPs. These intense, 270-day treatment programs are designed to provide self-discipline, drug/alcohol rehabilitation and guidance in the months leading up to an inmate’s release, and in the months following it.

An inmate can get early release after completing an AIP, which involves taking classes and getting treatment from outside contractors. But since prisons have halted all prison visitation – including by contractors – inmates are not able to complete AIPs and therefore not eligible for the early release they likely would have otherwise received.

Christina Cobb at Coffee Creek Correctional Facility in Wilsonville began her AIP program called “Turning Point” with exactly 182 days left until her release date on May 18.

"I think that one of the counselors had told us there’s an 87% success rate,” Cobb said. “We hold each other accountable. It's super strict. You don't talk to general population, you eat together, you have several meetings together, and then we have several groups with our counselors when they're here during the week.”

Since Cobb can’t finish her AIP, her release date has been pushed back to Aug. 31.

“I had not received any trouble since I've been in prison,” Cobb said. “Everything that I have worked for since I've put in this prison to change my life was depending on that date. I've worked super freaking hard for that in this program. [The program] is no joke. It's the hardest thing I've ever done in my life. And I was four months into the six-month program when they came and pulled the plug on us.”

RELATED: ‘It’s impossible not to cough on somebody’: Masks to be distributed to Oregon inmates

Bobbin Singh, the executive director of the Oregon Justice Resource Center, said the inmates being impacted are being put into a particularly vulnerable situation.

"They were expecting to get out and be able to be out in the community to finish their programming and they're not now,” Singh said. “That adds extra months into their sentence. We’ve heard that and it's extremely unfortunate. I do think [the Department of Corrections] is trying to correct that issue so that people can be able to complete AIP through correspondence or some other way," Singh said.

A spokesperson for the DOC said at this point, they are “working hard to get our contractors back inside our institutions as soon as possible.”

So far, three inmates at the Santiam Correctional Institution in Salem tested positive for COVID-19, as did five DOC staff members; two at Santiam and three at the Oregon State Penitentiary.

The OJRC and ACLU are calling for Gov. Kate Brown to release non-violent offenders whose release dates are in the coming months in an effort to create more social distancing in facilities.