Timbers, Thorns to have fans at matches starting April 9 under Oregon's new guidance for outdoor events

The Oregon Health Authority on Wednesday announced a new set of guidelines for capacity limits at outdoor recreation and entertainment events. 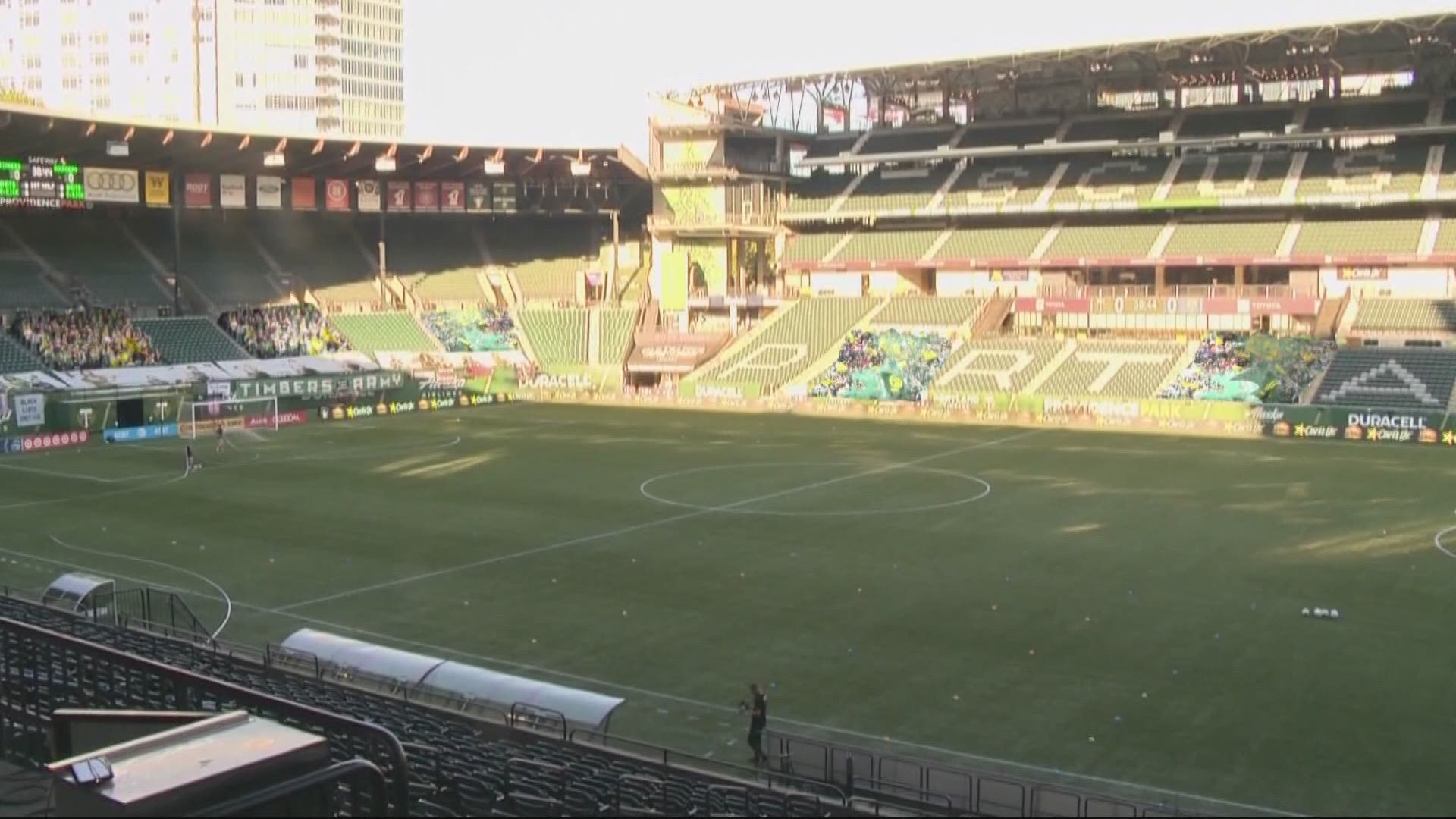 PORTLAND, Ore. — For the first time in more than a year, fans will be allowed to attend Portland Timbers and Thorns matches beginning April 9.

The Oregon Health Authority on Wednesday announced a new set of guidelines for capacity limits at outdoor recreation and entertainment events. Under the guidelines, which go into effect immediately, there can be up to 25% capacity at such events in Multnomah County, which is currently designated as a moderate COVID-19 risk county.

“We are sincerely grateful to Governor Brown and the Oregon Health Authority for their hard work and support in getting fans back safely at Providence Park,” said Timbers and Thorns owner and CEO Merritt Paulson. “As we enter a period of great optimism with falling COVID-19 rates and increased vaccine deployment, the protection of our fans, staff and players remains our top priority and we will diligently follow all public health protocols to ensure our plan is executed safely. It will be a special moment to have our fans back in the stands on April 9 and we hope that on the current trajectory, we will be able to safely increase capacity throughout the summer.”

The Thorns are set to first have fans at their match April 9 against KC NWSL. The Timbers will begin hosting fans April 13 when the team plays C.D. Marathón in a Round of 16 Scotiabank Concacaf Champions League match.

It will be the first time fans will be allowed to attend professional sporting events in Portland since the COVID-19 pandemic led to a shutdown of businesses and restrictions on gatherings last March. The Portland Trail Blazers have not had fans at the Moda Center so far this season. OHA’s announcement focuses strictly on outdoor recreation and entertainment events, so the Blazers are not included.

Providence Park can typically hold up to 25,218 fans for soccer matches, meaning about up to 6,300 fans will be allowed to attend matches as long as Multnomah County stays at the moderate risk level.

The number of people allowed at outdoor recreation and entertainment events is dependent on each county’s COVID-19 risk level. Here are the capacity limits for each risk level:

The new guidelines also mean more people will be allowed to attend high school sporting events in Oregon. Traditional outdoor fall sports, including football, are in the middle of their seasons, which were postponed due to the pandemic.

The Hillsboro Hops also announced plans to have fans at games when the season begins in May.

Hops fans, it has been 556 days since we last hosted fans at Ron Tonkin Field.

On May 4th, we are thrilled to welcome back a 25% capacity crowd.

Thank you for your continued faith in us. pic.twitter.com/XXLkcAY0JV

As more people continue to be vaccinated for COVID-19, many states have allowed outdoor recreation events to have larger gatherings. Last week, Washington Gov. Jay Inslee announced the Seattle Mariners, Sounders and OL Reign could fill their stadiums with up to 25% capacity.