The counties that make up the Portland metro area will remain at the moderate risk level. 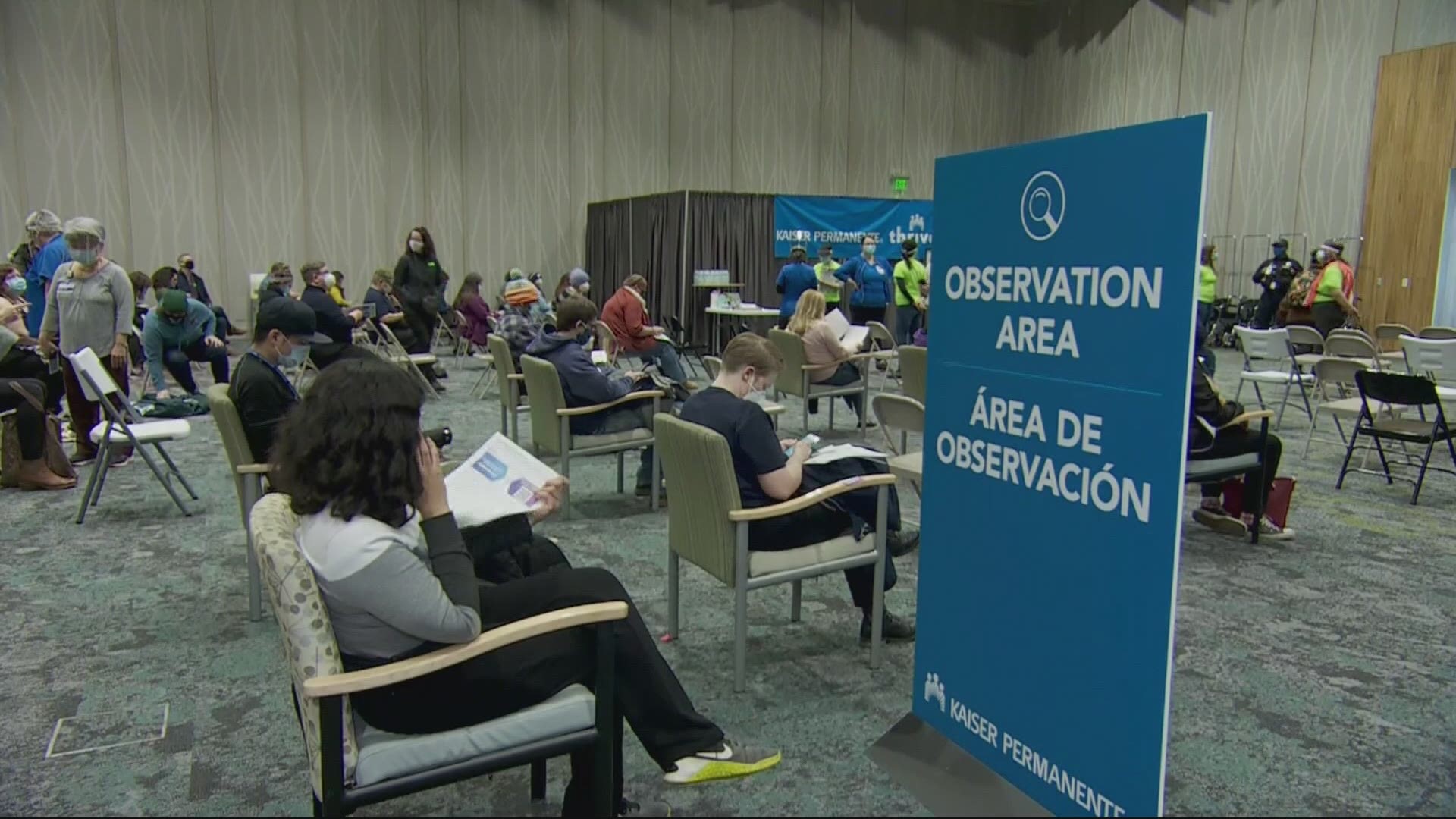 PORTLAND, Ore. — The majority of Oregon counties – 28 out of 36 – will be in either the lower or moderate risk categories when the state’s new COVID-19 risk levels begin on Friday, March 26.

The counties that make up the Portland metro area will remain at the moderate risk level.

"This week we continue to see the majority of counties at Lower and Moderate Risk, and I want to thank Oregonians once again for making smart choices throughout this pandemic," said Oregon Governor Kate Brown. "As we work to open up vaccine eligibility to all Oregonians by May 1, we are seeing the light at the end of the tunnel get a little brighter. But, we still have more work to do to reach the level of community-wide protection we need. I encourage all Oregonians to keep wearing your masks, maintain physical distance, stay home when sick, and get your vaccine when it's available to you."

Here’s the full list of county risk levels. Counties will remain at these risk levels from March 26 to April 8.

Josephine and Klamath counties are in a two-week caution period because they moved down in risk level during the previous two-week period but saw their COVID numbers rise in the latest two-week period.

The caution period allows businesses to avoid abrupt closures and major changes in how they do business. If case numbers don’t improve in the next two weeks, however, the county will move backward.

For metro counties, such as Multnomah, Clackamas, and Washington, tri-county lead health officer Dr. Jennifer Vines expects to be in the moderate risk level category for some time. Multnomah County saw a small increase in cases last week but is holding strong in the moderate category.

However, a spike in cases from Spring Break or relaxed personal precautions is a concern.

"A lot of concerns for people either traveling out of state where they might pick up one of the more contagious variants and bring it back or people mixing maybe outside of their usual social bubbles and spreading virus that way," Vines said. "We certainly have seen a pattern, two or three weeks after a holiday where people have mixed. So, that’s definitely a concern and especially with more contagious variants of the virus."

Not only could a rise in cases hold the reopening process back in the tri-county area, but it could also impede vaccination efforts.

"It’s also a concern because if we end up with a lot of sick people three weeks from now, then our health care resources are going to be taken away from the vaccine and put toward doing the hospital level coordination that we would have to do for a surge or a wave of severe illness," Dr. Vines said. "So, we definitely want to avoid that."

Here's a look at which metrics determine the risk level for each county:

Read the full list of rules for each risk category below: