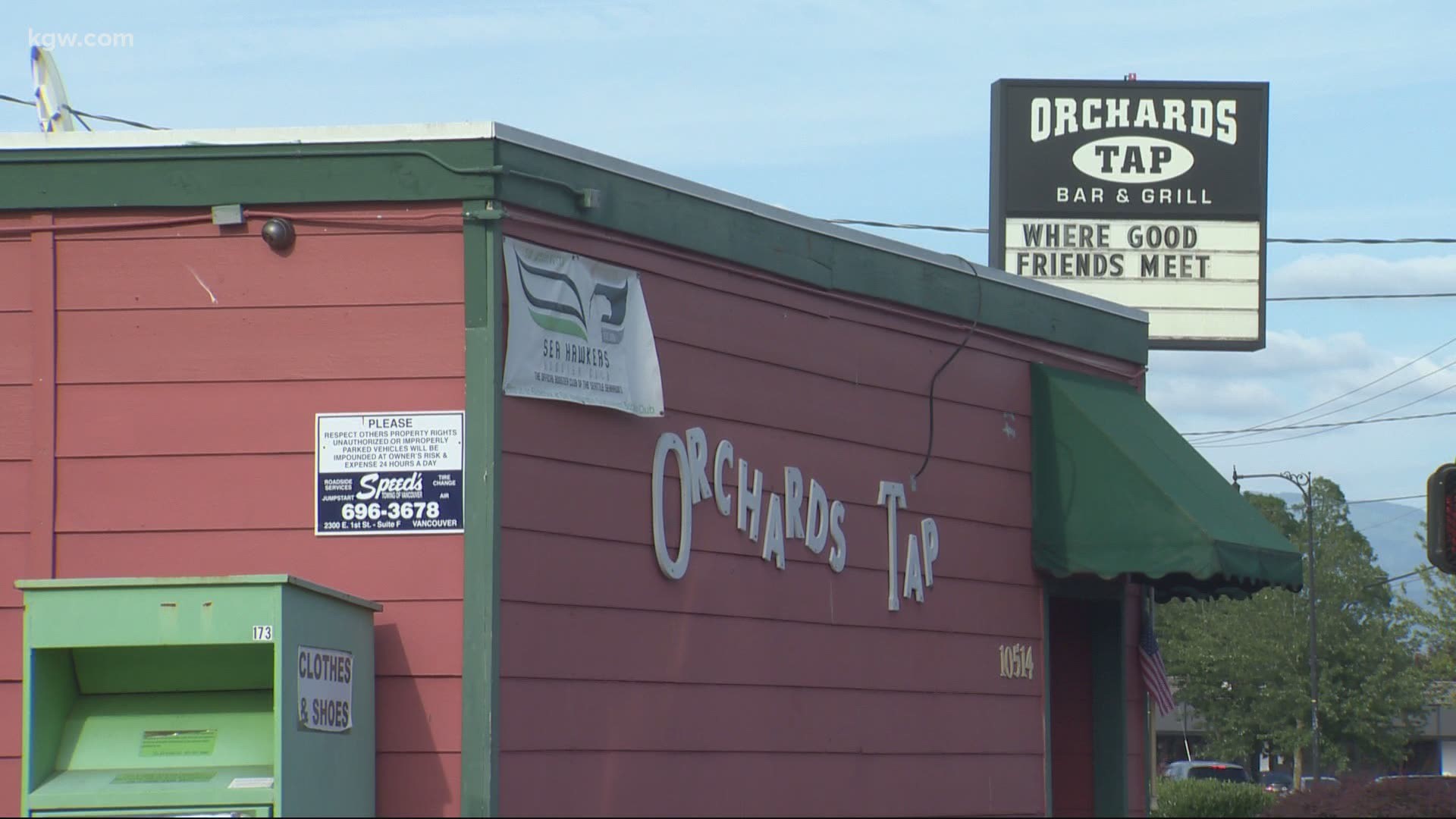 VANCOUVER, Wash. — After 18 people tested positive for coronavirus in connection to the Orchards Tap Bar and Grill in Vancouver, a man in Portland thinks he may be number 19.

He said the bar took many precautions, describing temperature checks at the door and pods spaced out throughout the room.

However, he noted not all customers wore masks.

Four days later, Reyes said he began to feel sick. By June 27, he knew it was something serious.

Reyes went to the V.A. hospital in Portland for coronavirus treatment the next day, and as a result was contacted by a virus tracer from Multnomah County.

Reyes said he's now nearly recovered and plans to be tested again in a few weeks.

As of Monday, Clark County Public Health said 14 customers and four staff at Orchards Tap were confirmed as getting sick with COVID-19. It asked anyone who visited the bar between June 19 and 25 to get tested and isolate for two weeks.

Heather Jones never went to the bar, but her two roommates work there. All four people in her home tested positive.

"No matter how careful you're being, you can still pass it very easily," Jones said. "Currently we are just staying home and quarantining. We're not going anywhere."

The day Reyes went out, he said he took as many precautions as he could. He plans to take the strongest precaution from now on.

"I think I won't be going out anytime soon."