Brown announced her goal that Oregon administer 70% of residents 16 and older with a first vaccine dose before lifting most of the state's risk level restrictions. 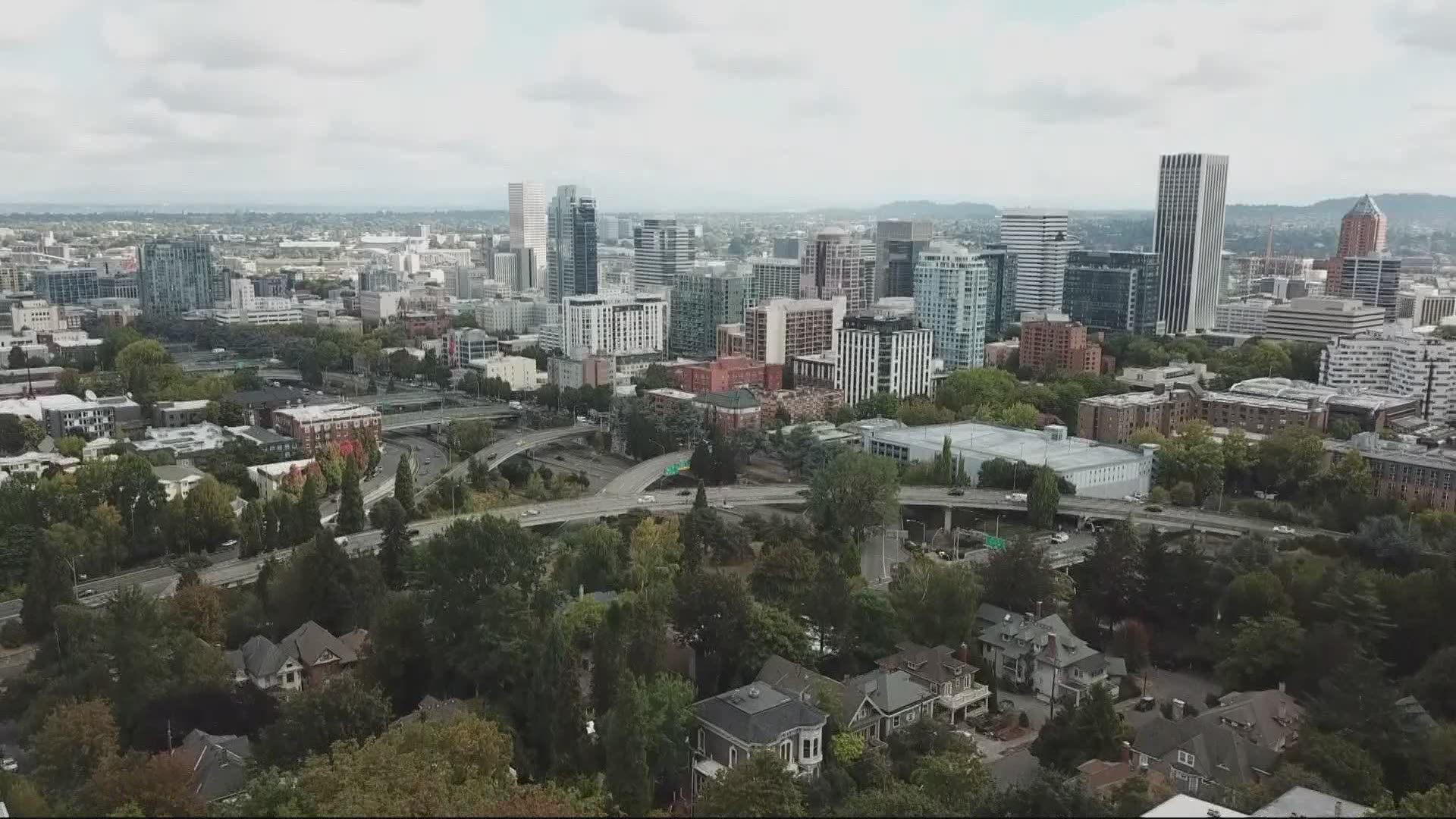 Brown announced her goal that Oregon administers 70% of residents 16 and older with a first vaccine dose before lifting most of the state's risk level restrictions.

"Thanks to you, Oregon, it looks like we’ve crossed the tipping point of the fourth surge," Brown said. "Our hospitalization rates have stabilized. Our infection rates are on a downward trajectory. And in the race between vaccines and variants, our efforts to vaccinate Oregonians are taking the lead. We still have some work to do to reach our 70% goal, but I am confident we can get there in June and return Oregon to a sense of normalcy."

After reaching Brown's 70% goal, the state may still require the use of masks and physical distancing, the governor's office said, but all other health and safety requirements for counties under the risk level framework will be lifted, and counties will no longer be assigned risk levels. Schools will still be required to follow the state's health and safety rules, which will be updated prior to the start of the 2021-22 school year.

Oregon Health Authority (OHA) Director Patrick Allen called the 70% goal a "pivotal point in the pandemic" for Oregon. He said it is possible Oregon could lift most statewide restrictions ahead of the July 4 holiday.

Allen estimated that 430,000 eligible people would need to get at least one dose for the state to reach Brown's 70% goal.

Beginning May 21, Oregon counties will have the weekly option to move to the state's lower risk health and safety restrictions, but they first must do the following:

"So we're still kind of metabolizing what that means and how to do the appropriate level of planning and response," she said in an interview Wednesday.

She added vaccination numbers are continuing to rise in the Portland-Metro area, and she's optimistic this summer will be "more normal" than that of 2020.

"I think we'll get back to a lot of activities, particularly outside," she said. "We will likely see physical distancing and masking to some degree well into the summer to help reduce the risk, especially when you're in large crowds."

Brown said Oregon will soon return to a two-week cycle for risk level changes for counties that have not vaccinated at least 65% of their population. On May 18, the state will provide an update on county movements to lower risk based on reaching vaccination goals. The next risk level changes will be announced on Tuesday, May 25, and take effect on Friday, May 28.

Read the full list of rules for each risk category

The Western States Scientific Safety Review Workgroup reviewed the Federal Drug Administration's decision to authorize the vaccine for kids 12-15 and concluded that the vaccine is safe and effective. The workgroup represents Oregon, Washington, California and Nevada.

“This is great news for Oregon children, parents, and families," Oregon Gov. Kate Brown said in a statement following the announcement. "Vaccination is the best tool we have to protect ourselves and our loved ones. With today’s review by leading doctors, pediatricians, and health experts, young Oregonians and parents can be confident in the safety and effectiveness of the Pfizer-BioNTech vaccine for youth."

Kids 12-15 can start getting vaccinated at the Oregon Convention Center mass vaccination site in Portland on Thursday. Those who are 12-14 must be with a parent or legal guardian. If someone other than a parent or guardian comes with them, they will need to provide proof of parent/guardian consent.