Patrick Allen said Oregon still plans to open vaccinations to Oregonians 70 and older on Monday and those 65 and older on March 1. 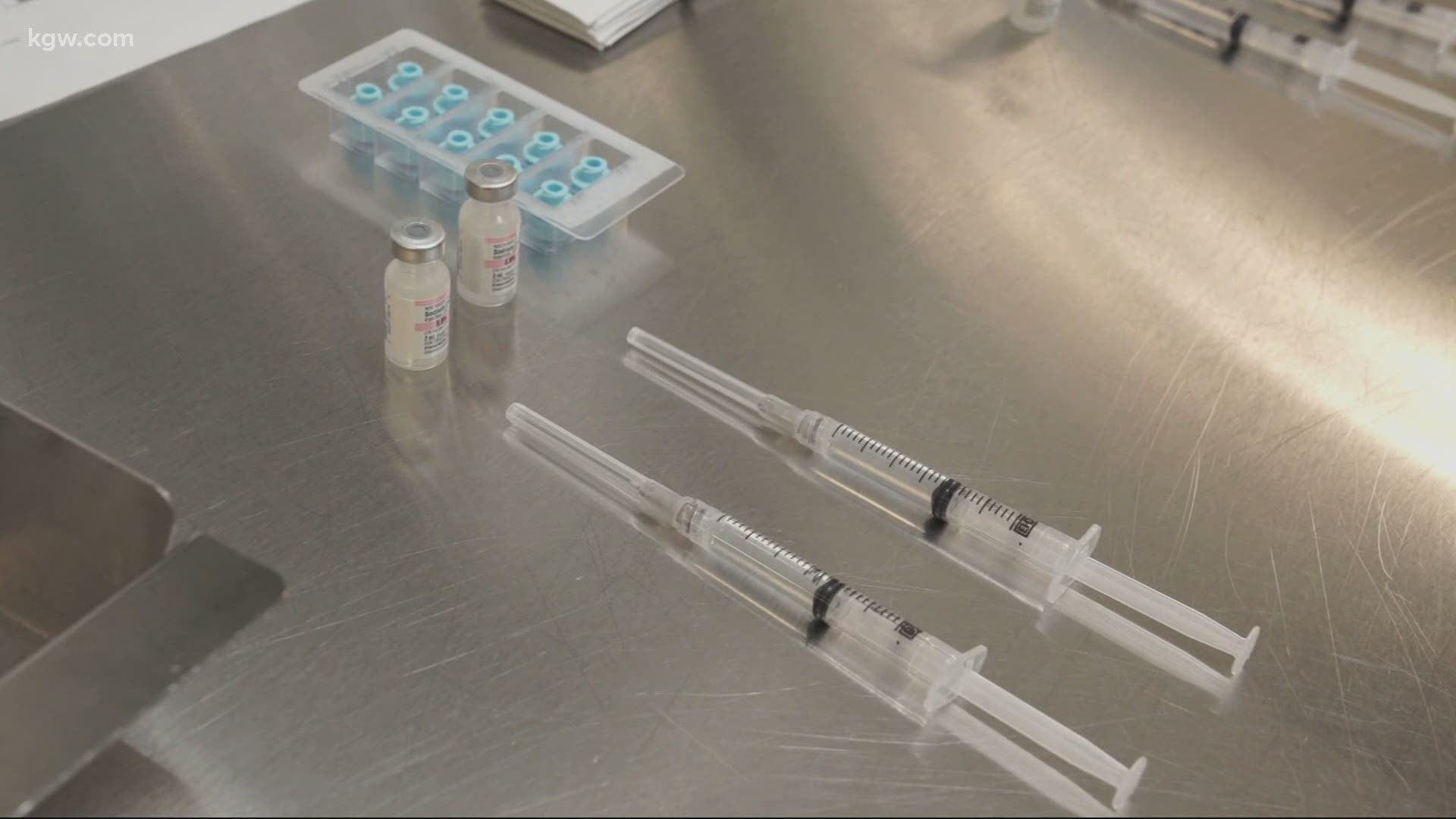 SALEM, Ore. — Over the past week, severe weather delayed COVID-19 vaccine shipments across the country, including in Oregon, and a snow and ice storm in the Portland metro area caused cancellations at mass vaccination clinics.

On Friday, during a press briefing with Oregon Gov. Kate Brown and other leaders, Oregon Health Authority director Patrick Allen said that Oregon's vaccination timelines remain on track despite the weather. "We don't expect these problems will have a long-term impact on our vaccination schedule," Allen said.

Allen added that the state is on track to make vaccination appointments available to Oregonians 70 and older on Monday, Feb. 22 and those 65 and older on March 1. "I want to reassure every Oregon senior that nothing that happened in the past week will slow down our schedule," Allen said.

As of Thursday, 755,657 doses of COVID-19 vaccines have been given in Oregon, including 233,276 second doses. That's about 79% of the 922,300 doses of vaccine that have been delivered to sites across Oregon. About 5% of the state's estimated population has been fully vaccinated, slightly ahead of the national average of 4.9%. Close to 17% of Oregonians have received at least one dose.

During Friday's briefing, Allen also touched on racial inequity in Oregon's vaccination rollout. He said the state isn't where it needs to be and must improve in that area.

The greatest inequity, Allen said, is for the Hispanic community, which comprises 13% of Oregon's population but has accounted for about 26% of COVID-19 cases in the state. To date, Hispanic people account for just 5% of the vaccinations received in Oregon. Black people and Native American people in Oregon both account for about 2% of the vaccinations received up to this point.

Allen said OHA will prioritize its partnerships with federally qualified health centers, which he said are "cornerstones of health care in many urban, rural and remote communities," as one of its core solutions to help improve racial inequity in the vaccination rollout. Allen said OHA will prioritize federally qualified health centers for vaccine allocation going forward.

"Federally qualified health centers are vital vaccination partners because they can reach people who are vulnerable to COVID-19 but also may experience higher barriers to getting vaccinated at large, centralized settings," Allen said. "Federally qualified health centers are the trusted providers for many people who are uninsured, disabled, or lack reliable transportation. They're a preferred option for people who may be wary of large institutions and law enforcement. And they have credibility in their communities at a time when disinformation about coronavirus vaccines is rampant on social media."

During Friday's press briefing, Brown said Oregon currently has the third-lowest infection rate in the country.

On Thursday, an infant boy was among the COVID-19 deaths reported by the state. It was the first death of a child 9 years old or younger in Oregon. The death of an infant due to COVID-19 is extremely rare. Nationwide, children 4 and younger account for less than 0.1% of the 489,000 COVID-19 deaths.

On Thursday, Gov. Brown announced that most of Oregon's elementary school students will be back in their classrooms at least part-time by the end of April. Brown said the number of students learning in-person throughout the state has doubled since Dec. 23.

RELATED: Gov. Brown: Most Oregon elementary students will return to classes by the end of April

Brown said Friday that 19 counties in Oregon are meeting or exceeding Oregon's advisory school metrics to return for on-site or hybrid in-person learning. About 20% of Oregon students are now back in the classroom and Brown said she expects that number to increase over the next few weeks.