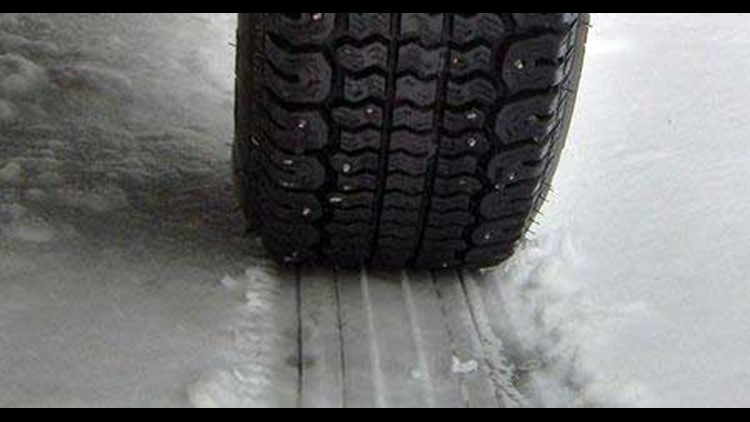 Oregonians with studded traction tires on their cars or trucks won’t have to remove them next week after all.
Author: Andrew Theen | The Oregonian/OregonLive
Published: 8:11 PM PDT March 23, 2020
Updated: 10:54 AM PDT March 26, 2020

Oregonians with studded traction tires on their cars or trucks won’t have to remove them next week after all, state officials said Monday.

The transportation department decided to give drivers until May 1 to remove studded tires due to the coronavirus pandemic.

The state cited “limited business hours” and social distance practices as the primary reason to grant the extension.

Oregonians are typically allowed to use studded tires between Nov. 1 and March 31 each year, but then are required to remove them because the metal studs damage roads and highways across the state.

The transportation department already announced last week that drivers would get a reprieve from tickets and fines associated with expired vehicle registrations and driver’s licenses and other driving related permits so long as those deadlines came and went during Gov. Kate Brown’s state of emergency issued March 8.

On Monday, Brown issued a statewide order that a specific list of businesses, most of which require or encourage physical contact, to shutter and directed all others to modify their operations to ensure workers and customers remain at least six feet apart. The order also directs people to stay at home aside unless necessary.

Tires shops like Les Schwab typically swap out studded tires around this time of the year. Tire stores aren’t included in any of the businesses mandated to close under Brown’s executive order.

At least one of the dozens of Les Schwab locations in Oregon reached Monday said they had no plans to close.