On Sunday morning, KGW received multiple emails from people who said when they went to file their weekly claim, they were told they needed to restart their claim. 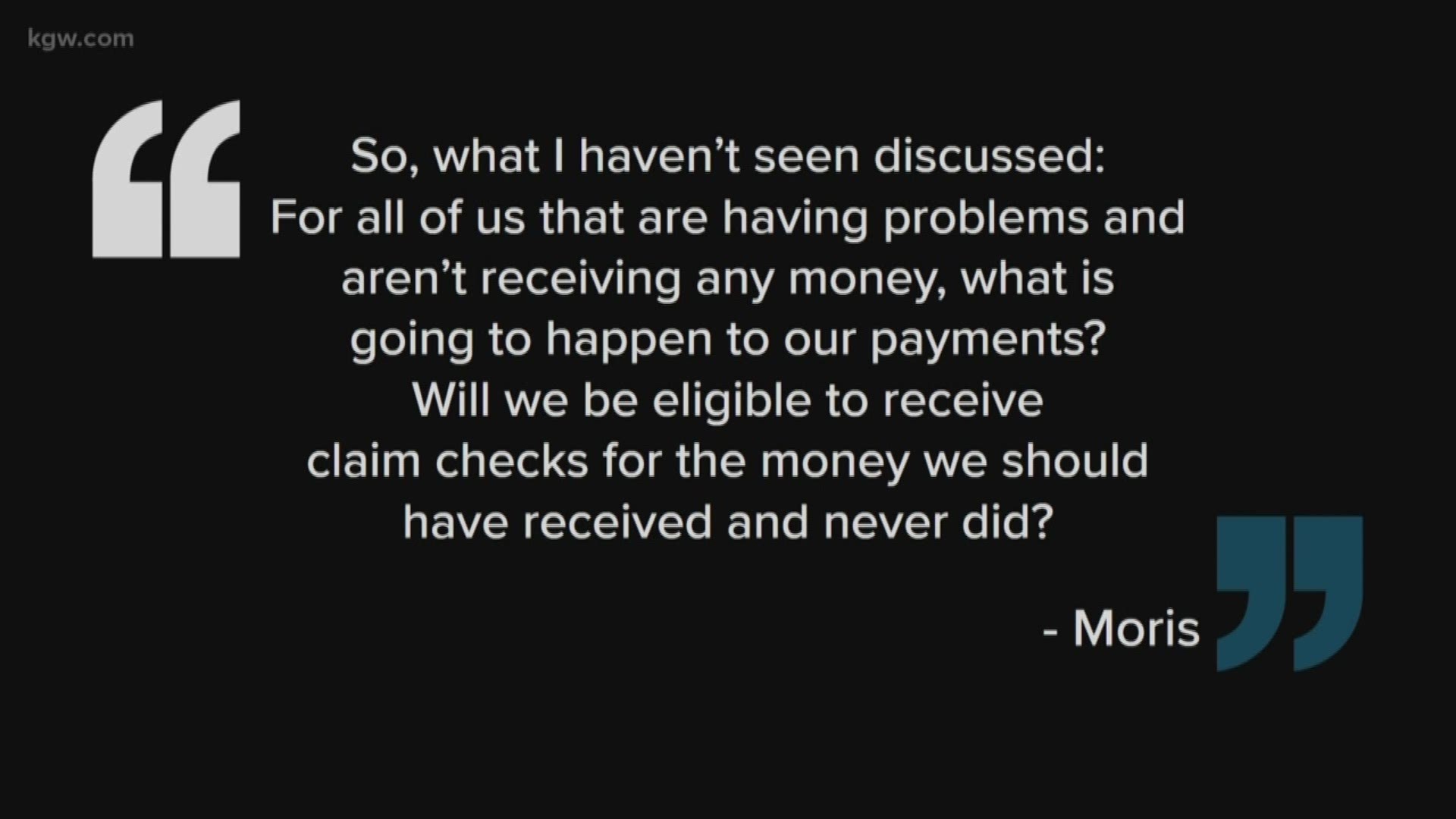 PORTLAND, Ore. — The Oregon Employment Department is overwhelmed with people filing for unemployment insurance benefits and the process has not gone smoothly for everyone.

Last week, the department said the state's antiquated computer systems have been part of the problem, as well as the fact that it is just not set up to handle this many claims at once.

On Sunday morning, KGW received multiple emails from people who said when they went to file their weekly claim, they were told they needed to restart their claim.

"It said you need to restart your claim because, you know, all these, you worked 40 hours, you've done something, and I knew I hadn't," said Salon Thirteen owner Julie Jenkerson.

Jenkerson said this is the second week in a row she has had this issue. Her hair salon has now been closed for weeks and she has yet to see an unemployment payment.

"I'm going to have to pay my lease for my business, which I did last month and, you know, I still have expenses even though I'm not working and I'm not going anywhere, there's still expenses we all have," Jenkerson said.

When asked about the issue, the Oregon Employment Department said the issue has been resolved.

"We know the restart claim issue we saw last Sunday happened again this morning to many Oregonians claiming benefits. This issue has been fixed, and if you experienced the restart claim error, you should be able to try again and successfully file your claim online now," the department said.

If you are still having trouble filing a claim though, Oregon Employment Department Communications Director Gail Krumenauer said people will still get paid for the weeks they were unemployed, but were unable to file.

"We are not going to have Oregonians lose out on benefits that they were eligible for because it was difficult to get through on our phones or because you needed to contact somebody to fix something related to an error or getting additional information to us on your claim," Krumenauer said.

Oregon Gov. Kate Brown also said she is working to waive the waiting week for people when they file.

However, the employment department said it would take thousands of hours to reprogram their outdated computer system and doing so would delay claims it is currently processing. The department said it is looking at options though.

The employment department said it knows getting through by phone has been difficult, but said once someone gets through they will still get benefits for the weeks they were not able to file. The department also suggests people try emailing: oed_covid19_info@oregon.gov for help.

Hundreds of workers have also been hired to take claims and more staff are being added this week.