Prior to Wednesday, the Oregon Health Authority had reported basic details about every COVID-19-linked death in the state. That won't be the case moving forward. 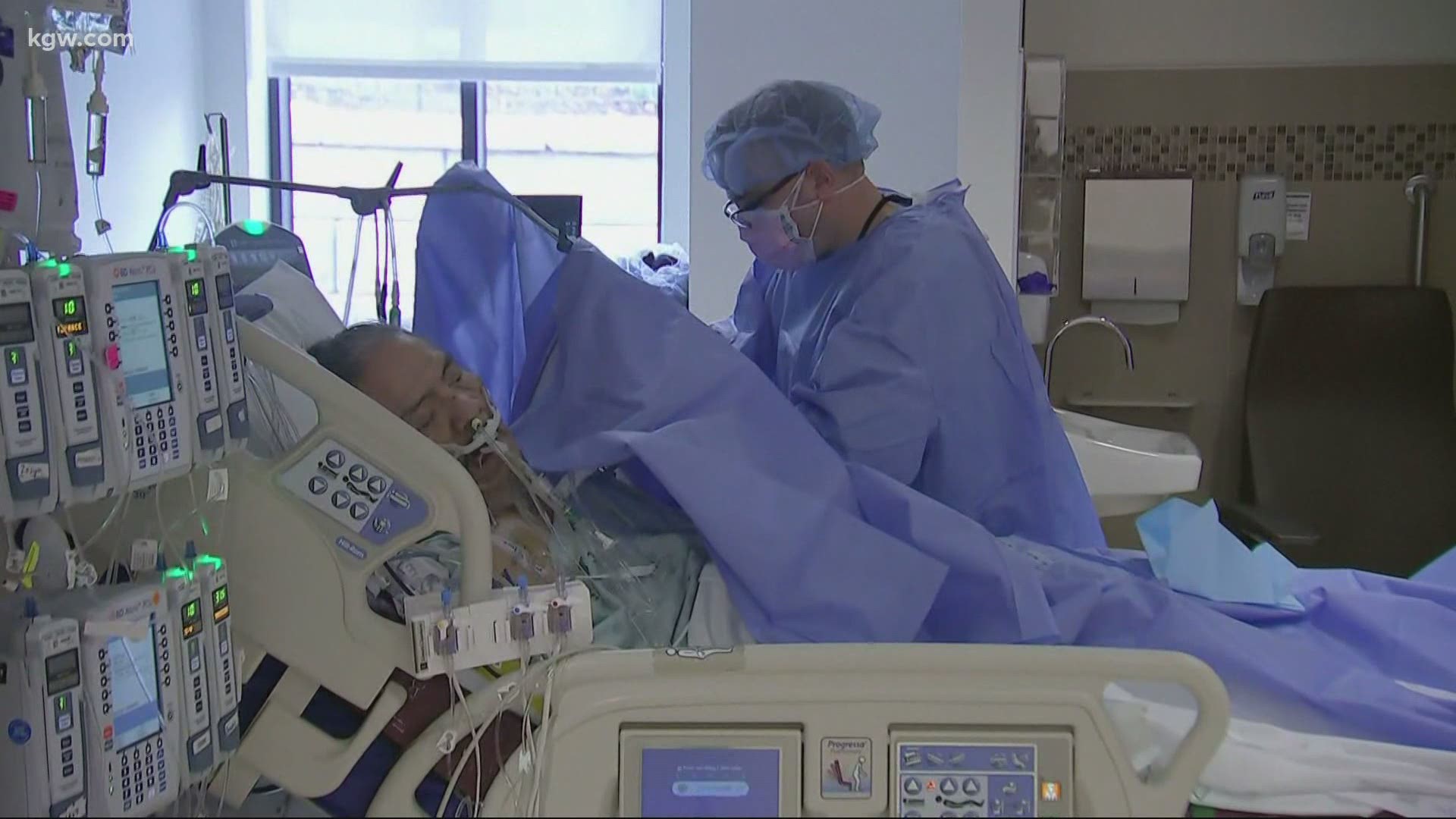 PORTLAND, Ore. — Eleven months since the first COVID-19 case was reported in Oregon, the state’s health agency says it will no longer share details about individual deaths connected to the virus. The Oregon Health Authority (OHA) announced the change on Wednesday.

Prior to Wednesday, OHA had reported basic details about every COVID-19-linked death in the state since the first death was reported on March 14, 2020. Those details included age, which county the person lived in, when they tested positive for the virus, when they died and where they died.

That basic information has given Oregonians insight into who is being most affected by COVID-19. The first day that information wasn't available was Wednesday, when 20 more deaths were reported.

Instead, OHA is now telling Oregonians to use its public dashboards to review general information and trends about coronavirus-related deaths in the state.

“Every death from COVID-19 represents a loss, especially for those who knew them best — families, friends and loved ones. That is why we have listed each case. Moving forward, we will share aggregated COVID-19 related deaths on OHA’s public dashboards, which are updated daily," OHA director Patrick Allen said in a press release Wednesday. (Full statement below)

KGW heard from viewers upset with the decision as soon as the information was released.

Gov. Kate Brown is under criticism for putting educators ahead of seniors in the vaccine line. With the way deaths will now be reported, it won't be possible to know exactly how many seniors tested positive for COVID-19 and died while waiting for a vaccine.

"To me, there's a perception that they're hiding information now," said viewer Dennis Gavin. "They don't want to report the people over 65 because they have decided to favor the school teachers. Even though schools have no plans to open in the near future.

"The transition we made to how death data is being reported has been under development for a while, and the autotomized way to share that information through our data dashboards will allow our epidemiologists to use their time to do disease prevention work instead of manually verifying the data," Rudy Owens said in an email.

Sherene Tagharobi, an attorney with The First Amendment Coalition, a nonprofit pushing for a more accountable government, said states should be releasing more data not less.

"So, the government and local authorities owe it to the people to disclose as much data as possible about what's driving those decisions that are ultimately so affecting people's lives," said Tagharobi.

It appears Gov. Brown's office is also standing by the decision. Spokesman Charles Boyle said in a statement:

"Governor Brown is committed to ensuring Oregonians have timely information about COVID-19. From the beginning of the pandemic, Oregon has set a national standard for transparency by reporting daily on COVID-19 cases and deaths. However, in recent weeks, reconciling death data has begun to significantly delay daily reporting––with daily reports sometimes not being issued until the evening––because of the time it takes for state epidemiologists to verify the information from each death certificate. In order to ensure reporting is more timely, the Oregon Health Authority has shifted to using a data dashboard to continue to give Oregonians a full picture of COVID-19 deaths in the state. This change will also allow Oregon’s data to be included in daily national data updates—which had recently been made difficult because of the late hour Oregon’s data was being reported. To my knowledge, no state in the nation discloses as much COVID-19 data to the media and public as Oregon.

"This was an internal reporting decision made by OHA, however, I have confirmed that OHA will still be able to include information about COVID-19 deaths, with age ranges, in their daily updates."

“Every death from COVID-19 represents a loss, especially for those who knew them best — families, friends and loved ones. That is why we have listed each case. Moving forward, we will share aggregated COVID-19 related deaths on OHA’s public dashboards, which are updated daily," said OHA director Patrick Allen in a press release Wednesday. As the death toll from the virus has climbed, validating and reporting each death has had an impact on our daily reporting. We will continue to honor the lives of each person lost to the pandemic, but in a different way. The dashboard will provide additional information on COVID-19 related deaths that have not been accessible in a visual format before — including data on trends, underlying conditions and residence setting. This dashboard offers the public a clearer picture of the collective toll the virus has taken. But it will never detract from the importance of each Oregonian who is no longer with us.”