Oregon received mixed marks for contact tracing from a national database. Contact tracers and health experts explain what would make their jobs easier. 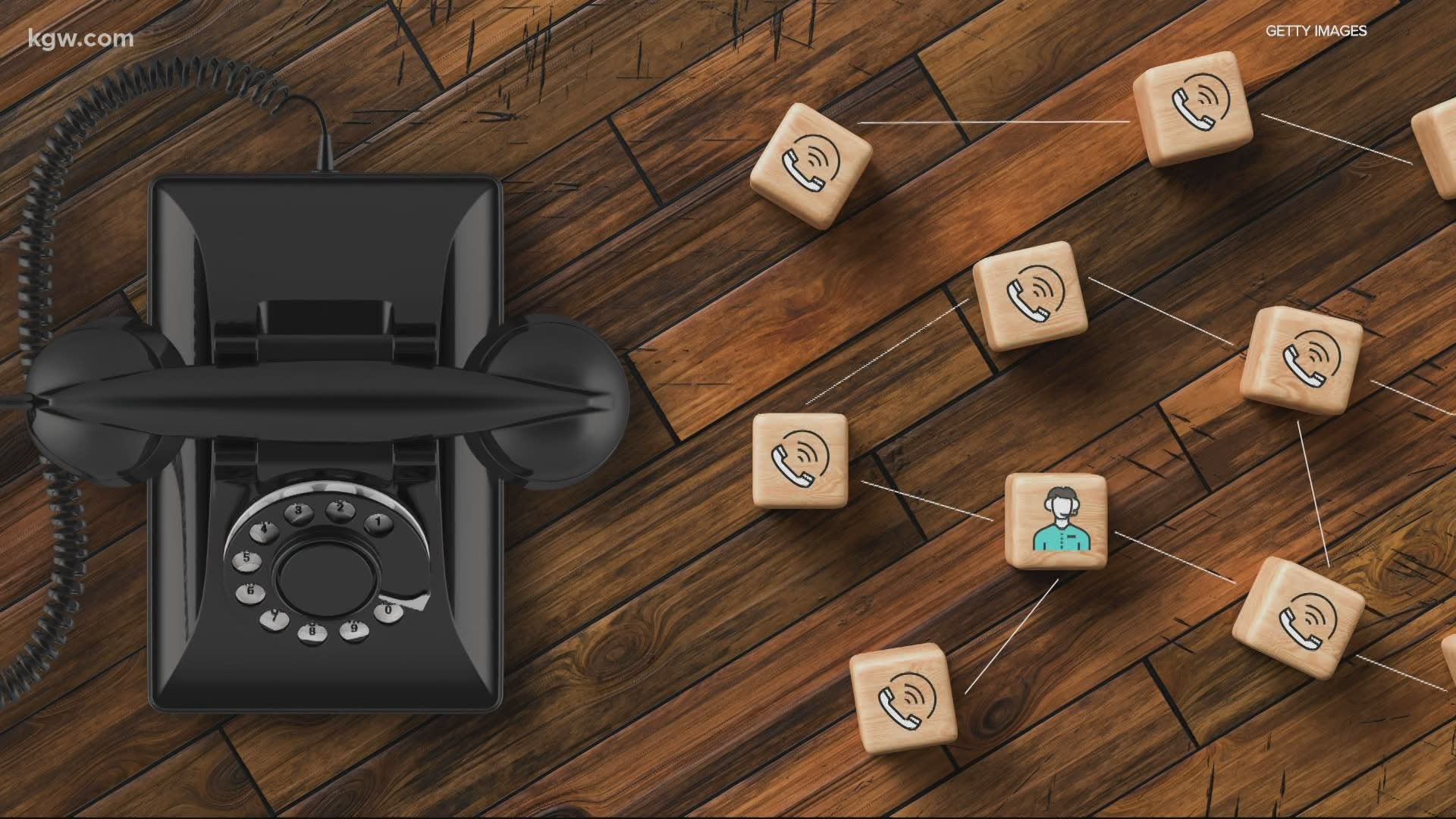 SALEM, Ore — A national online database says Oregon has more work to do with contact tracing and testing for COVID-19.

TestAndTrace.com compiles national data to rank states against countries that have "successful" tracing systems and lower rates of infection.

It gives more points if positive testing rates are below 3% (Oregon's rate is just above 5%).

The grading system also looks at the number of contact tracers and a state's testing capacity.

As of October 16, TestAndTrace gave Oregon a 3/6 score.

However, in the last few months, Oregon counties have significantly increased contact tracing capacities, with help from the Oregon Health Authority and CARES Act.

In order to reopen, each county had to meet minimum contact tracing requirements from OHA based on population and ability to respond to 95% of all new cases in a day.

The process is the same in each county but often plays out differently depending on case numbers.

Malheur County in eastern Oregon sits next to Idaho, which has fewer safety guidelines and more social gatherings.

"The risk of exposure is so much higher, and we've been linking a lot of our cases to them," said Sarah Poe, director of the Malheur County Health Department. "Right now our sporadic rate is really high. That means people don't know where they got sick."

Allison Portney is a case investigator with Multnomah County. Her role begins before contact tracing. She reaches out to those who test positive, vetting which contacts and exposure are relevant.

Next, one of the county's roughly 100 contact tracers then begins reaching out to the names provided, if patients comply.

"It's difficult when people don't share contacts with us," Portney explained. "It's definitely a good idea to tell your friends if you get sick, but the next step is to tell your local health department so we can help your friends as well."

Contact tracers statewide are trained to refer people to community organizations and resources. Financial help and other supports are available to those who have to take time off work, recover and quarantine.

The key to tracing is testing.

Tracers can only expand off confirmed cases from testing, so in some areas, limited testing capacity makes contact tracing more difficult.

"We need to do a lot more testing of those who may be sick and not know it," Poe said.

It's a different challenge for Kimberly Lindsay at the Grant County Health Department in central Oregon.

Since March, the county has had only ten confirmed cases and no deaths.

However, in a community where most people know each other, a small number of cases can cause tension.

"The community was upset we weren't releasing the name," Lindsay said. "Like, 'what block do they live on, what's their address?"

Lindsay said the good news, however, is cases remained low, with most residents actively following safety guidelines to reduce exposure.

Her county has a few staff members trained in contact tracing just in case. In the meantime, they work to assist other counties with greater need.

Lindsay said contact tracing efforts and COVID-19 outreach have changed how her department interacts with people.

"I feel that we've been able to connect to individuals in our community in ways we haven't been," Lindsay said. "Having more of a presence. I think that people know now what public health is."

In the next two months, Google and Apple will also release smartphone updates in collaboration with OHA. People can opt in to anonymously share data and become notified if they had prolonged exposure to someone who tests positive for COVID-19.

RELATED: COVID-19 exposure app on its way to Oregon and Washington

The state is intentionally not calling it a "tracing" app, saying it will not collect any personal or identifying data.

Contact tracers emphasize the intent is not to out people who get sick, but rather help them get support.

"Any information goes into a confidential database and it can't be drawn out by anybody," Portney said.

"We are not here to get you in trouble," Lindsay added. "We just want to keep our numbers low."

"We really care about being a good neighbor," Poe said. "And we can only do that by stopping the spread, taking responsibility, and following the precautions."