An adult foster care home operator in Beaverton paid $333 for a taxi to get an elderly resident to a mass vaccination site. 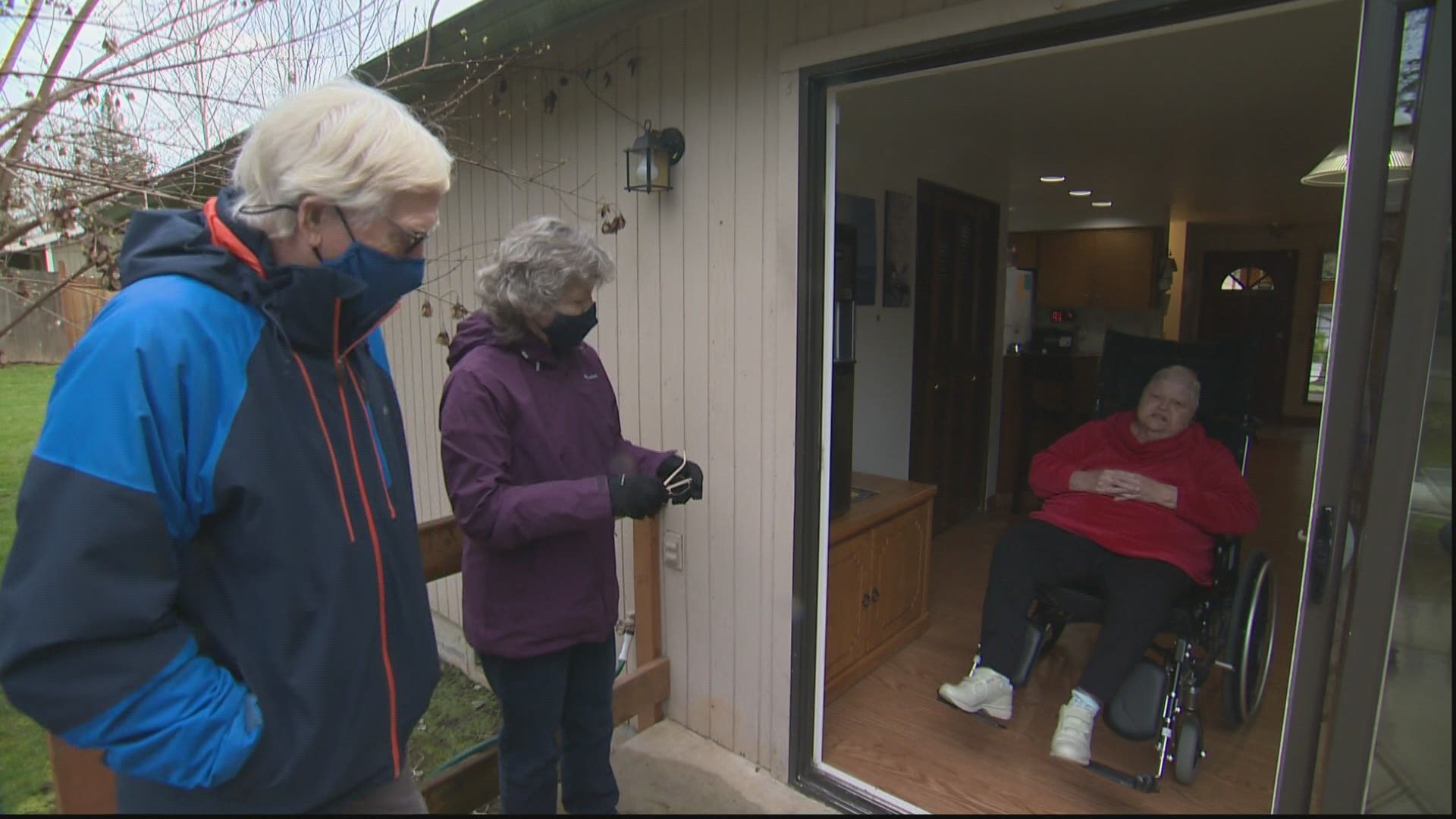 PORTLAND, Oregon — Adult foster care homes in Oregon have been eligible for the COVID vaccine since December, but thousands of residents continue to wait for the shot.

Mesay Keltu, the owner of an adult foster care home in Beaverton, paid $333 for a taxi to transport an 87-year-old resident in a wheelchair and a caretaker to the Oregon Health & Science University (OHSU) drive-through site at the Portland International Airport.

"It's been really tough," said Keltu.

Keltu said he signed his residents up for a federal program to get the vaccines through CVS and Walgreens, but he was never contacted about appointments.

He was sent a link for OHSU appointments at the airport and used several devices to get all his residents and caretakers the shot.

“You have to feel like maybe this population has been a little bit forgotten because there doesn't seem to be any systems that are really focusing and their needs,” said Michael Cronie, who has a relative at the home.

According to numbers from the Oregon Department of Human Services, 400 out of 1,400 adult foster care homes in Oregon have gotten the vaccine, and only 18 of the homes received the shot through the federal program.

Many of the residents in these homes are bedbound

Oregon Health Authority (OHA) officials said they were originally told by the Centers for Disease Control and Prevention that the federal program would handle all of the adult foster care homes in the state.

After weeks of back and forth, OHA said the Oregon Department of Human Services and local public health agencies have taken the lead to get this population vaccinated.

“I know local public health has been a really important partner here. I know for example in Multnomah County they've had really proactive efforts to reach out to these seniors including having a mobile van visit these homes directly,” said Governor Kate Brown in a news conference Friday.

State officials have pledged to get these residents the vaccine.

“We're serving a very vulnerable part of the society. I don't know why they make it so complicated for us,” said Keltu.

Do you have a vaccine-related story idea for Cristin? Email us at CallCristin@kgw.com