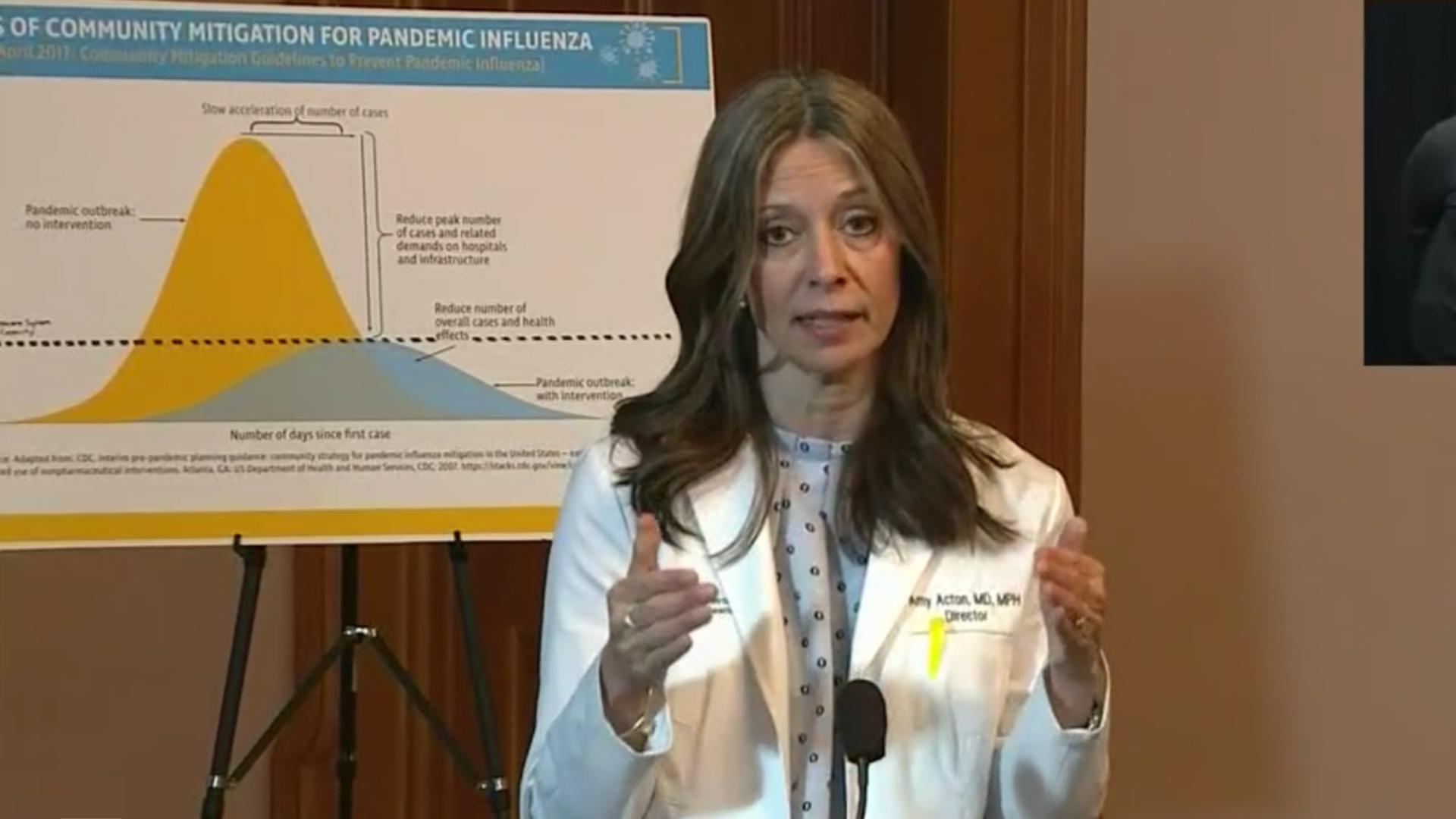 COLUMBUS, Ohio — Lawmakers in the Ohio House and Senate have approved a bill canceling mandatory school testing this year. The change came as part of wide-ranging legislation dealing with the impact of the coronavirus.

The bill that passed unanimously Wednesday also set an April 28 deadline for voting in the postponed March 17 primary. Voting will be done by absentee ballot, with no in-person voting and doesn’t reopen voter registration.

The legislation also grants recent nursing graduates a temporary certificate to allow them to begin work immediately and addresses numerous other disruptions for Ohioans created by the virus that causes COVID-19. The House unanimously approved the bill 91-0 Wednesday afternoon, sending the bill to the governor's desk.

The state tax deadline would move to July 15, same as the federal one.

Republican Gov. Mike DeWine says much of what the legislature will address involves flexibility in meeting the daily challenges of the coronavirus pandemic.

DeWine also says mandatory testing in schools shouldn't happen this year. House and Senate leaders agree. The GOP-controlled House and Senate are both scheduled to meet Wednesday and Thursday.

Lawmakers have to suspend rules to pass legislation on an emergency basis without the normal schedule of committee hearings.

Majority Whip Sen. Jay Hottinger tweeted about the social distancing that will take place to keep lawmakers safe while in session over the next two days.

"It will truly be an unusual experience today. Check out the spacing and social distancing for today’s Controlling Board meeting. And witnesses are in another room - and we will be asking questions of them remotely," he said.

Senate leaders say those who’ve been around someone who’s tested positive for the coronavirus must stay home. Senators can request to sit and vote from a separate room. Members of the House will be placed in groups that they will sit with and vote with, in voice votes. This is different because the House usually votes all at once.

House and Senate members allowed the extension of professional licenses that are close to expiring, and aligned the Ohio tax filing deadlines with the federal postponement until July 15.

DeWine said on Monday that he expected the state legislature to address the deadline in upcoming legislation. And most cities in Ohio follow the guidance of the state and set their tax deadlines for the same day.

Among the nearly 30 items expected to be taken up is a bill introduced by Ohio Rep. Haraz Ghanbari (R., Perrysburg). Ghanbari's bill intends to protect first responders during the coronavirus crisis.

This bill was spurred by a Lucas County case in which first responders were not notified that a patient they were transporting was presumptively diagnosed as a COVID-19 patient. The first responders are self-quarantining as a result.

House Bill 563 would amend Ohio Revised Code and would require notice of EMT transport of a patient "who is presumptively positive for a contagious or infectious disease and to declare an emergency."

Legislative leaders and DeWine agree that mandatory testing in schools shouldn't happen this year, and there is also support to forgo district and school report cards.

A House proposal would permit students who met the proper academic requirements by March 17 to graduate or advance to the next grade, and let individual school districts make case-by-case decisions for those who hadn't.

Secretary of State Frank LaRose has put forth the Ohio Voters First act, that would provide every Ohio registered voter who wants to vote in this election the opportunity to do so by mail.

The plan would provide postage-paid absentee ballots for every Ohioan who hadn't already voted in the March 17 primary, along with return postage. LaRose initially wanted continued discretion to allow in-person voting on June 2 if DeWine's “stay at home” order is no longer in place.

A proposal in the GOP-controlled House would limit the remainder of the primary to absentee balloting concluded by April 28. LaRose, a Republican and former lawmaker, said June 2 is the earliest date to manage such an undertaking.

RELATED: Where are the most coronavirus cases in Ohio? Check each county with this interactive map

RELATED: Ohio dorm and hotel rooms could soon be turned into hospital units