Health officials linked the increase to the more contagious delta variant, and reiterated unvaccinated people are most at risk. 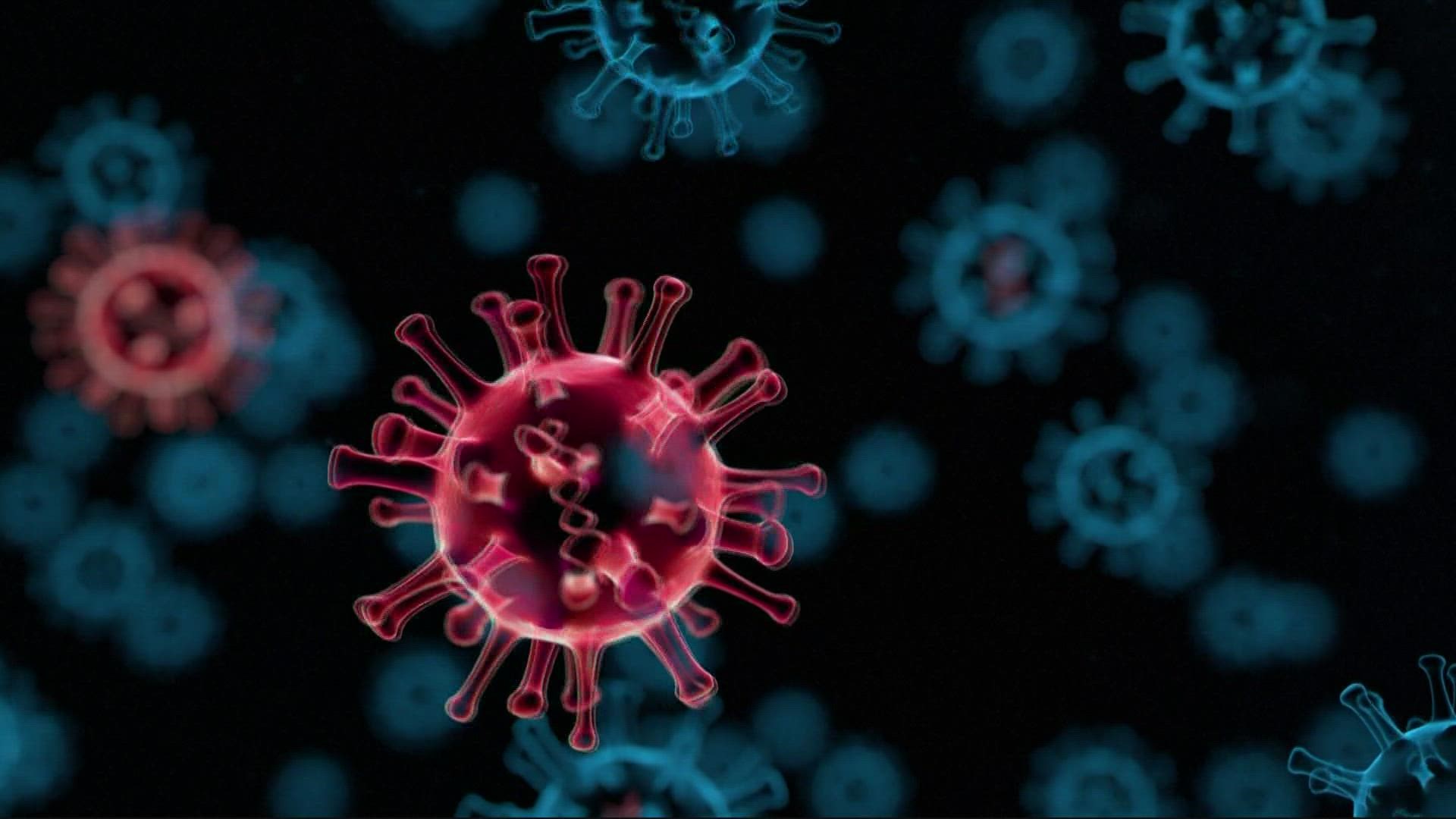 PORTLAND, Ore. — The newest modeling from the Oregon Health Authority (OHA) predicts "sharply higher increases" in the number of hospitalizations and new cases of COVID-19 through at least Aug. 17.

Based on the model, OHA predicts daily cases will rise to an estimated 1,170 per day and 95 new hospitalizations per day if the level of transmission does not change.

The modeling is based on data through July 20, and recent daily case counts appear to be following the trends predicted in OHA's modeling.

Health officials linked the spike in cases to the more contagious delta variant, and have estimated it accounts for 80% or more of new cases in Oregon. OHA said even if that number rises to 95%, basic measures such as wearing masks and avoiding large gatherings could lessen the projected increases, but did not say by how much.

Hospital occupancy increased by 77% between July 20 and July 28, according to the model.

Despite the surge in cases, vaccine immunity is helping prevent the spread, OHA said. The model found an infected person spreads the virus to, on average, 1.58 other people, based on data through July 14. That rate of transmission is more than double the rate reported through mid-June. Without vaccinated people slowing the spread, an infected person would spread it to an average of 3.18 other people, according to the model.

It's a reminder of the importance of getting vaccinated, OHA said.

In June, 92% of cases and 94% of deaths occurred in people who had not been vaccinated, OHA said. The rate of vaccinations in Oregon has dropped off sharply over the last two months.

"For those that are vaccinated, thank you. I urge all Oregonians to follow the recommendations on mask wearing in public settings," said Sidelinger at a Friday news conference. "This will prevent new cases and it will save lives."

Cases were reported in the following counties:

Oregon’s 2,856th COVID-19 death was a 61-year-old man from Marion County who tested positive on July 11 and died on July 21 at Legacy Good Samaritan Medical Center. He had underlying conditions.

Oregon’s 2,857th COVID-19 death was an 83-year-old man from Jackson County who tested positive on July 12 and died on July 28 at Asante Rogue Regional Medical Center. He had underlying conditions.

Oregon’s 2,858th COVID-19 death was an 85-year-old woman from Clackamas County who tested positive on July 19 and died on July 20 at Legacy Emanuel Medical Center. She had underlying conditions.