Incoming Kootenai County Sheriff Robert B. Norris said “it is not law enforcement’s job to get between you, your health and your doctor." 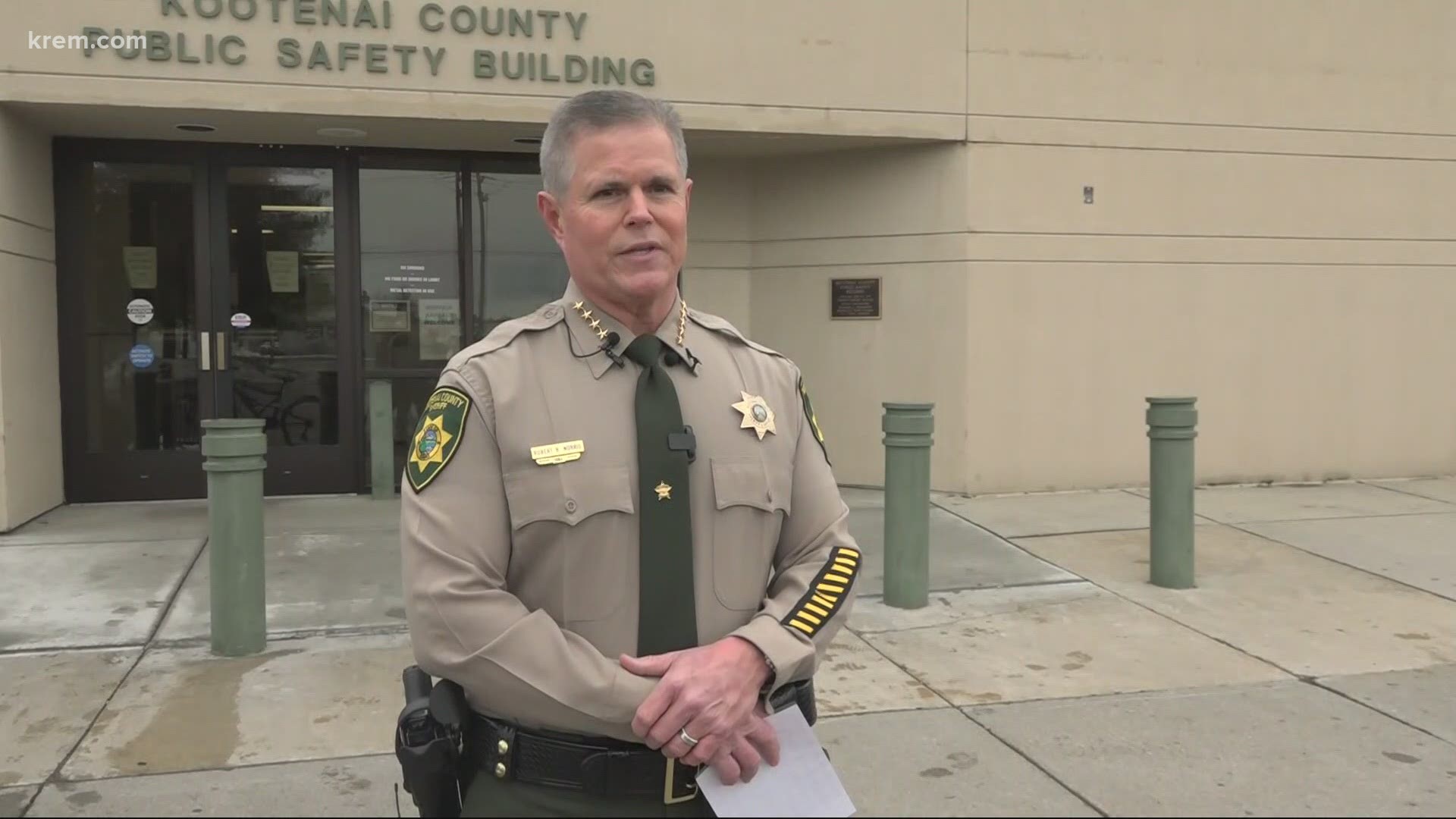 KOOTENAI COUNTY, Idaho — Kootenai County’s incoming sheriff said he will not enforce mandates aimed at curbing the spread of COVID-19, claiming that most people who contract the virus "experience flu symptoms and recover."

In a statement released on Monday, Sheriff Robert B. Norris wrote that there is “no provision in the Constitution that suspends people’s rights during a ‘declared emergency.’”

“It is my opinion that the facts are becoming clear with COVID19 – certain risk groups should take extra precautions, but the vast majority of healthy people who contract Covid-19 will experience flu symptoms and recover from the virus,” Norris wrote in part.

More than 148,000 Idahoans have contracted COVID-19 since the pandemic began and more than 1,500 have died from the virus. Most deaths are among older populations or people who have underlying health conditions, but some people who do not have other health issues have passed away or been hospitalized from COVID-19. Many do recover but even people without prior health conditions sometimes experience lingering, debilitating symptoms.

Norris was sworn into his new role as sheriff on New Year's Day. He served with the Los Angeles County Sheriff's Office before joining the Kootenai County Sheriff's office in 2013 as a member of search and rescue and patrol.

Norris said the sheriff’s office will not enforce laws or executive mandates that are “unenforceable,” adding that “it is not law enforcement’s job to get between you, your health and your doctor."

Face coverings are required in North Idaho through at least Jan. 19 after the Panhandle Health District Board passed a mask mandate in November. There are exceptions for kids, people with medical conditions and others.

Idaho Gov. Brad Little has not enacted a statewide mask mandate. The state is currently in Stage 2 of reopening, which allows restaurants and churches to operate with COVID-19 protocols in place. Gatherings of more than 10 people, both public and private, are prohibited.

Norris later said he supports health care workers who are caring for people who have become “seriously ill during this pandemic.”

A spokesperson for Panhandle Health District declined to comment on the sheriff's statement.

Read the full statement from Norris below:

Norris is not the first law enforcement authority in North Idaho who has announced they will not enforce COVID-19 mandates.

Bonner County Sheriff Daryl Wheeler said in November that he would not enforce Panhandle Health's mask mandate. He said the sheriff's office is working "at maximum capacity on real crime and it cannot enforce the unenforceable mask rules."