As fans arrived, they were greeted by a plane flying over the Bristol, Tennessee, track that was pulling a banner of the banned rebel symbol. 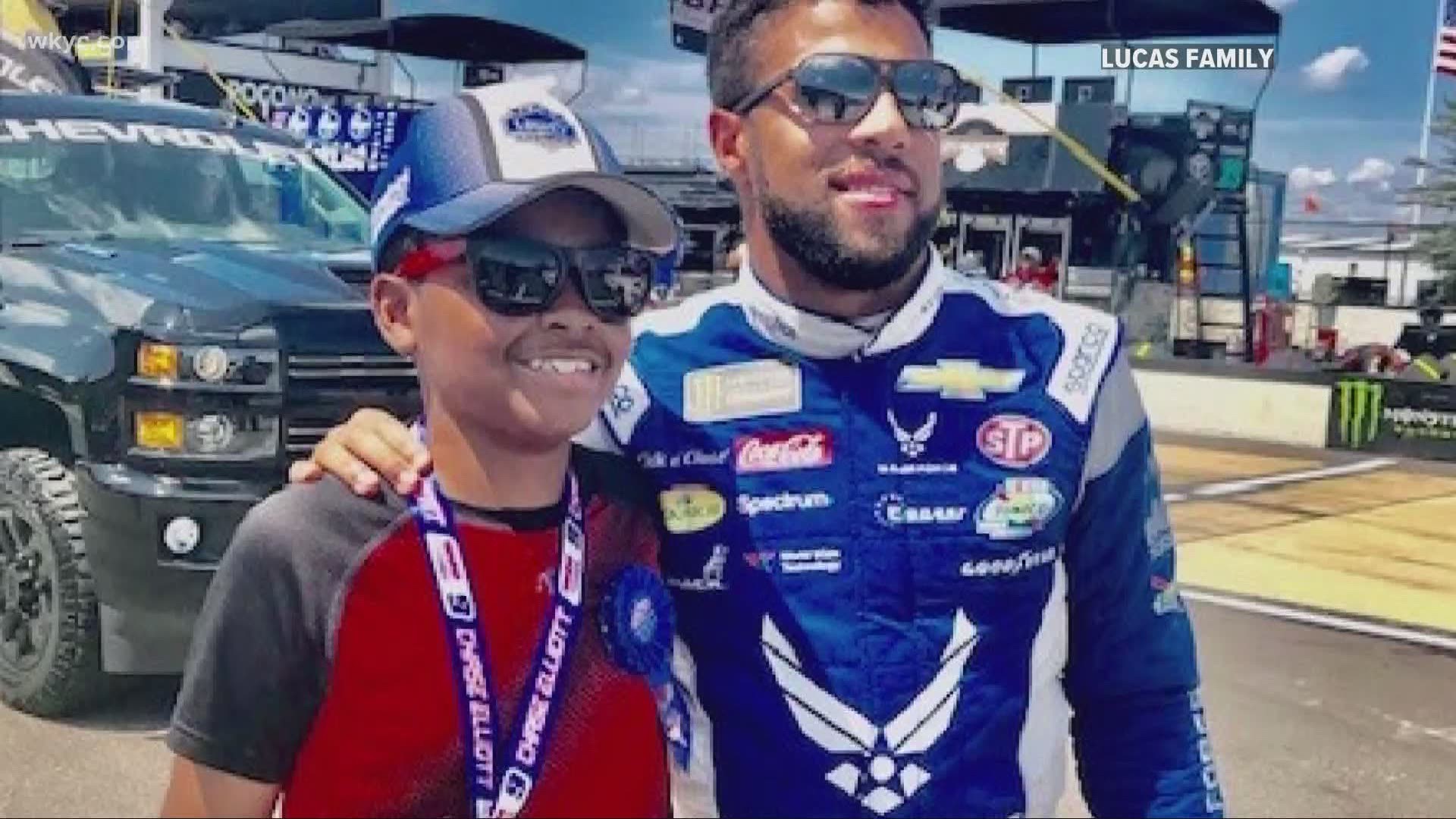 Clint Bowyer hopped off his pit stand at Bristol Motor Speedway to learn he'd won the fan vote to advance into NASCAR's All-Star race — an announcement met by a roar from the grandstands.

It wasn't the raucous ovation typically heard in Thunder Valley, but after four months of near silence, it was better than nothing.

Up to 30,000 fans were allowed to attend Wednesday night's race, NASCAR’s largest with spectators since the coronavirus pandemic shut down sports in March. Attendance figures were not released, but it appeared at least 20,000 spectators were socially distanced throughout the grandstands — making it the largest sporting event in the United States since winter.

“It damn sure feels good to have the fans back at the track,” Bowyer said.

Chase Elliott, NASCAR's most popular driver, won the race and celebrated to chants of “USA! USA!” from the crowd.

IndyCar raced last weekend at Road America in Wisconsin and there was no limit on tickets sold to the event held on a 4-mile road course. Crowd estimates for that event have been around 10,000 spectators.

Driver introductions were held for the first time since racing resumed May 17, although the usual over-the-top festivities were toned down. Drivers for the All-Star event typically walked out on a stage with their team but on Wednesday night they stood next to their cars and waved to the crowd as they were introduced.

Bristol, dubbed “The Last Great Colosseum,” can hold about 140,000 people, meaning it would be 79% empty even with a sellout crowd of 30,000. Masks were only required upon entrance. Fans were told they could remove them once in their seats.

Tickets were on sale through Tuesday evening and still available on Bristol’s website until the deadline. The speedway is privately owned and attendance figures are not required to be released.

As fans arrived, they were greeted by a plane flying over the Tennessee track that was pulling a banner of the Confederate flag.

NASCAR in June banned the flag at its events, but protesters at Talladega Superspeedway in Alabama paraded past the main entrance waving them from their vehicles. A plane also flew over the speedway that day with a flag that read “Defund NASCAR,” a play on the “defund the police” slogan of some protesting racial injustice.

President Donald Trump has criticized NASCAR for banning the Confederate flag, blaming the decision for the sport's “low ratings,” although TV ratings for NASCAR have been up since racing resumed.

The Sons of Confederate Veterans of Columbia, Tennessee, claimed it had paid for the banner over Talladega. The one flying over Bristol Motor Speedway listed only the group's website.

RELATED: Texas Motor Speedway ready to welcome fans back to the racetrack