More than half of the states have ordered people to stay home. Not Florida. 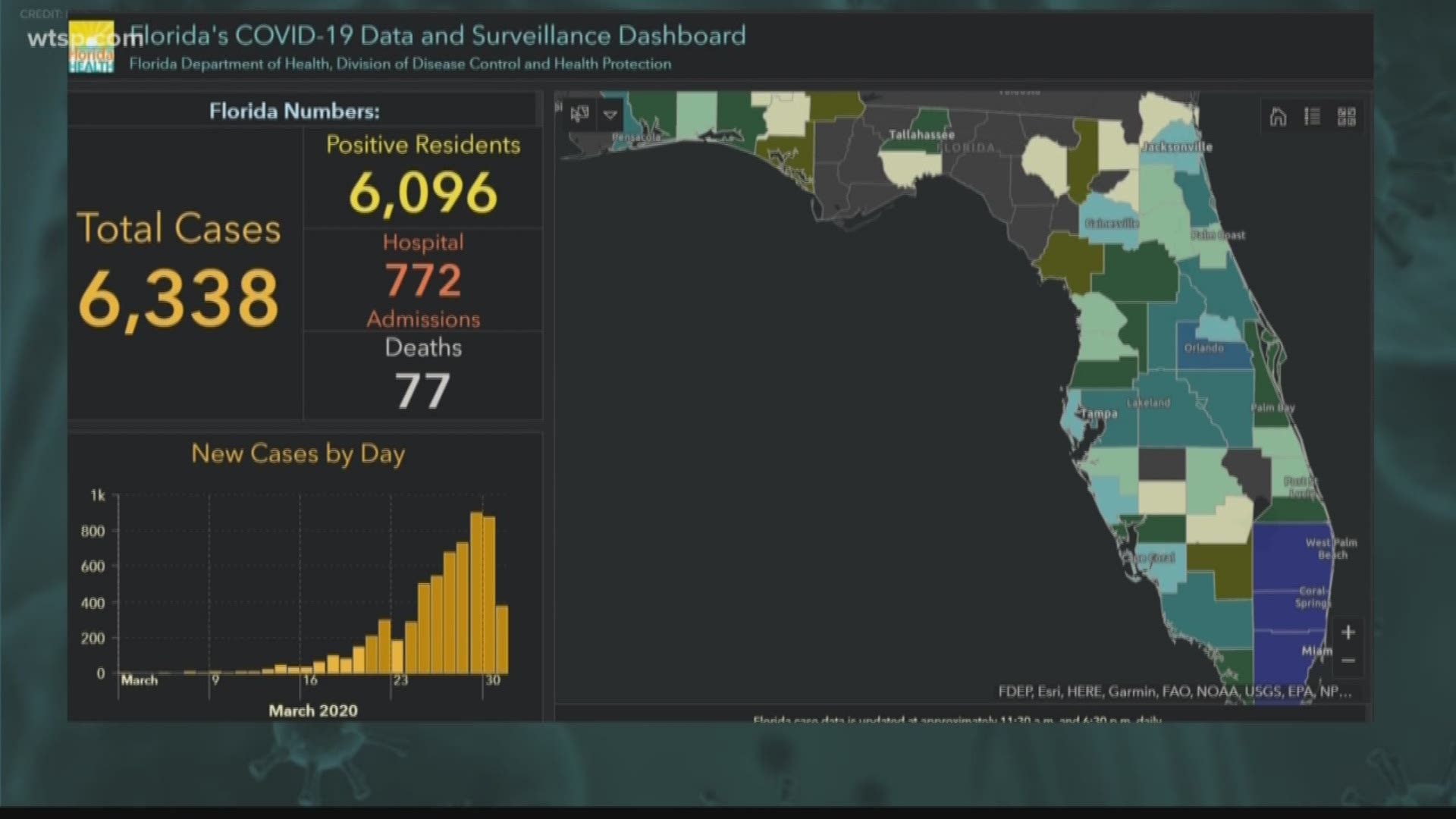 It’s been happening on multiple national networks for weeks.

A lot of it started with videos showing packed Clearwater Beach during spring break.

That beach has since been closed.

Much of the criticism still centers around Florida Gov. Ron DeSantis’ choice not to issue a statewide order to stay home, when more than half the states have already done so.

He was asked Tuesday about not implementing a statewide stay-at-home order. DeSantis said it hasn't been recommended to him.

"I’m in contact with them and basically I’ve said, 'Are you guys recommending this?' The [White House Coroanvirus] Task Force has not recommended that to me," he said. "If they do, you know, obviously that would be something that would carry a lot of weight with me."

According to CDC data, Florida ranks sixth in the nation for positive COVID-19 cases.

“There are certain parts of the state where you have more sporadic cases. And to issue – to order someone not to be able to earn a paycheck when them going to work is not going to have any effect on what we’re doing with the virus, that is something that I think is inappropriate,” said DeSantis on March 25.

The Florida Department of Health’s COVID-19 map shows there are more than a dozen counties with zero positive COVID-19 tests, including Hardee County in Tampa Bay.

Sarasota County, which has 76 positive cases and a large elderly population, defended its decision Monday not to issue a "safer-at-home" order.

Critics of the governor like State Rep. Anna Eskamani, an Orlando Democrat, say this patchwork approach is dangerous.

“As we’ve seen in areas like Jacksonville, the county line is where folks will practice shelter in place, but then on the other side of it, you have masses of people at the beach,” said Eskamani. “Being shy on these difficult decisions will not only put more people in danger, but it will continue to overwhelm our medical system and delay us getting out of this economic crisis.”

There have been big gaps within the governor’s office when it comes to answering reporters’ questions.

Mary Ellen Klas, a reporter who writes for the Miami Herald and Tampa Bay Times, tweeted that she was kept out of one news briefing from the governor last week.

10Investigates has reached out to the governor’s office more than a dozen times with interview requests and questions on COVID-19 that have gone unanswered.

That’s not going to stop us from continuing to push for answers to the questions you want to know about.

►Stay In the Know! Sign up now for the Brightside Blend Newsletter