Mayor Ted Wheeler has directed the Portland police to only use tear gas if "a serious and immediate threat to life safety" arises. 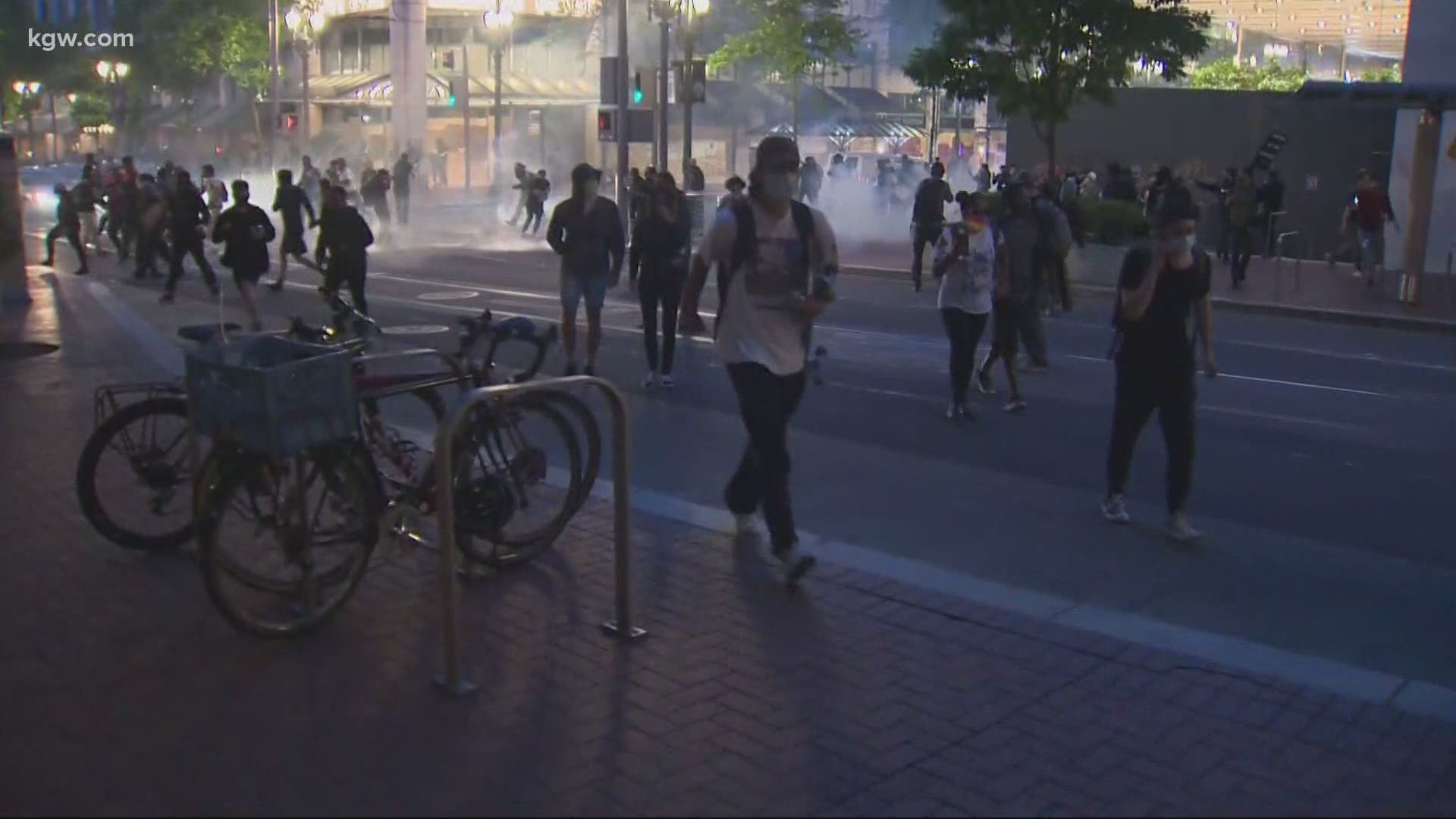 PORTLAND, Ore. — In a statement Saturday, the Portland mayor's office advised the Portland Police Bureau not to use tear gas, or CS gas, unless there is "a serious and immediate threat to life safety."

On Friday, Wheeler had told protesters outside the Multnomah County Justice Center that he supported a tear gas ban for 30 days.

Police used tear gas and other crowd control munitions late Friday night in a struggle with protesters outside the Justice Center.

For the past several nights, thousands of people have marched into downtown to protest police brutality and racism after the death of George Floyd, the Minneapolis man who died in police custody after an officer knelt on his neck for nearly nine minutes.

The marches have been peaceful, but police have repeatedly declared protests later in the evening near the Justice Center to be "unlawful assemblies."