Portland's two mass vaccination sites are shutting down due to dwindling demand for the shots. 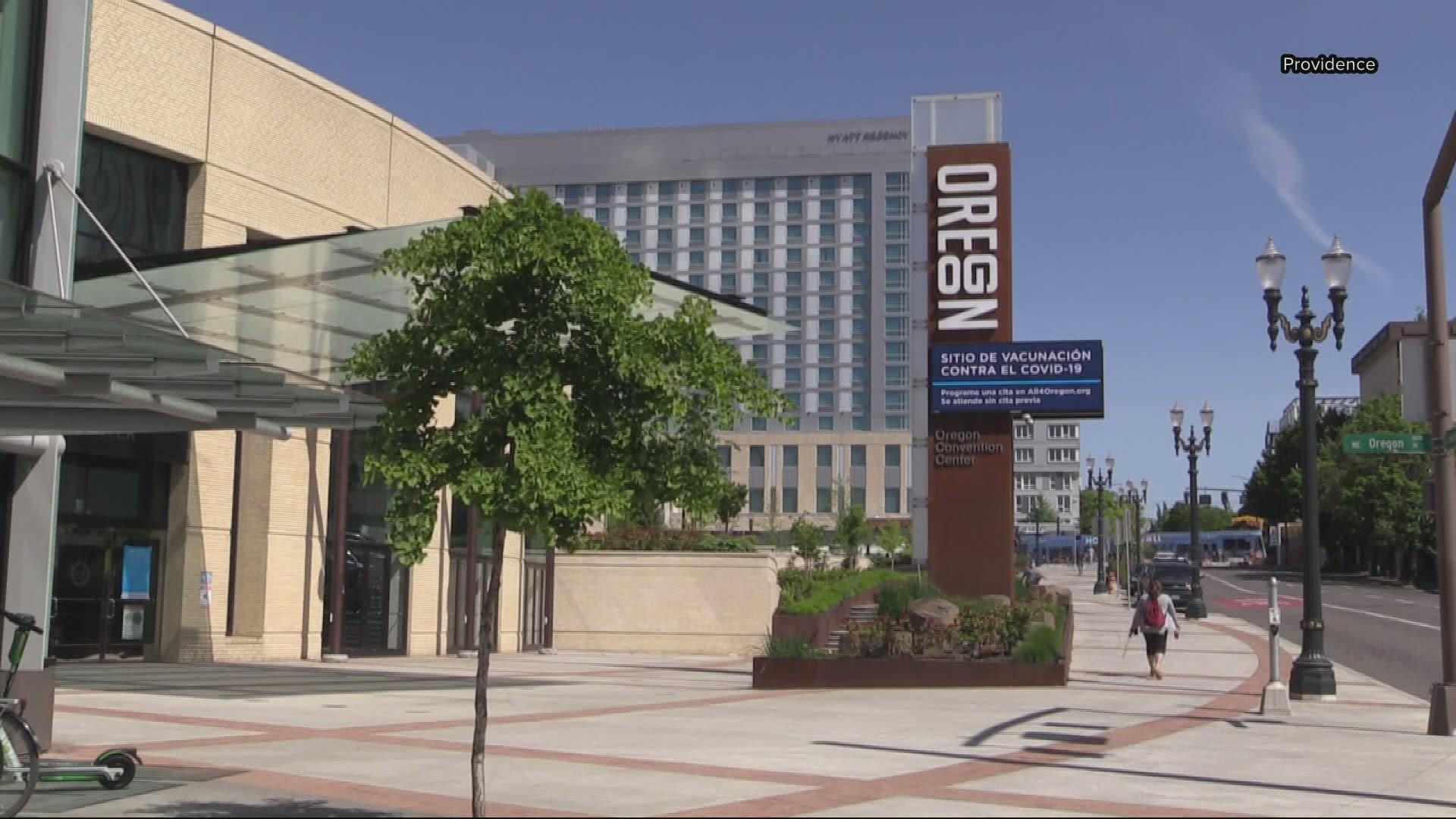 The Oregon Convention Center served as a walk-in mass vaccination site for more than 292,000 people.

It opened Jan. 20 as a joint venture between the area's largest health care providers after they discovered the state had no plan for mass vaccinations in Portland.

Many praised the convention center site for its efficiency. At its peak, the staff and volunteers were vaccinating 8,000 people a day.

Jim Hansen volunteered there as a greeter two days a week for a six months. He said he will miss being part of the historic effort: "Yeah, I really will."

Hansen enjoyed helping the oldest Oregonians as they came through and will always remember the feeling of being part of a positive piece of history for Portland.

“I think it feels great," he said. "It's maybe not the type of history you want to be involved with, but this is the hand we were dealt. And it is encouraging and uplifting, especially with all the negative things going on. It is great to be involved with something that represents Portland as it should be."

The other mass vaccination site, a drive-thru location at the Portland International Airport's (PDX) Red Lot, opened Jan. 21. The parking lot had already been empty because a lack of people traveling through PDX.

Volunteering in the massive parking lot meant a lot of walking for Ray Legault.

"I think I did lose a little weight when I was working here,” he laughed.

Legault is one of the site's longest-serving volunteers. He helped lead the team that directed long lines of traffic.

"I figured somewhere between a mile and a mile and a half. And I used to walk it at least 10 to 15 times a day,” he said, referring to the line of cars.

Legault estimates he walked 400 miles during his time there, the last several months in the same pair of running shoes. They are now worn smooth on the bottom.

The PDX site vaccinated more than 250,000 people. The last shift is being staffed on an invite-only basis. It was so popular, too many people wanted to be part of that last day.

Legault will be there.

"It’s gonna be a little bit sad in a way. I mean happy that we were able to do such a great job and giving so many shots, but sad that you’re not gonna be around all the people that you meet and got to know as a family,” he said.

Although the sites are closing, the vaccine is plentiful throughout Oregon.

If you want a COVID-19 vaccination, contact your local county health department.