The day the Luey family buried their father Jimmie, who passed away from COVID, they got the call their mother Kim died from complications related to COVID also. 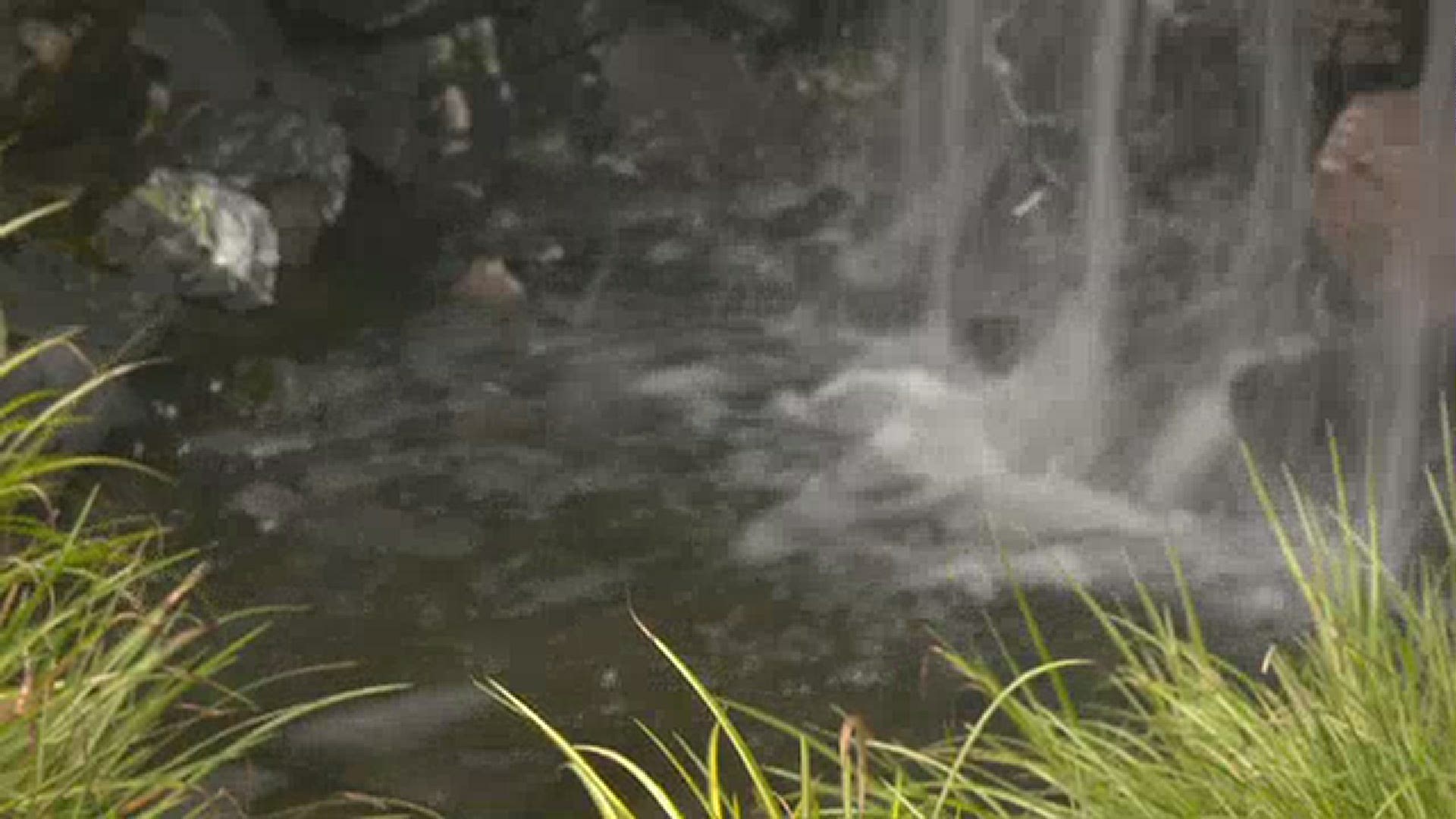 PORTLAND, Oregon — A beautiful garden in the heart of Portland's Old Town Chinatown was Kim Luey's home away from home.

She immigrated to Portland from China as a child, and felt connected to her roots at the Lan Su Chinese Garden.

"She loves the flowers here," said Lan Su Chinese Garden Director of Communications & Education Venus Sun. "We can go around the garden, plant bed by plant bed, and she'd point out what's her favorite, what she likes, and she's 'waiting for this one to bloom.' She's very, very special."

Kim Luey had been a long-time educator, and in retirement, she educated visitors to the garden. She volunteered there for two decades. She served as garden host and greeted people at the front door as they walked into the garden.

Sun and the Luey family describe Kim as constantly happy, helpful, sweet and caring, saying she had a servant's heart.

"Just such a nice presence," Sun said. "She was very sweet, always wears a little flower pin in her hair and Hawaiian dress. I remember her sitting by the door on the chair with her feet dangling. She was lady in her 70s but with a heart just so pure - a child's heart."

Kim's husband Jimmie stood by her side for more than 50 years. As an architect, he traveled for work. When he was home he had another job: Kim's chauffeur.

The couple met in Portland and both graduated from the University of Oregon. Jimmie was a huge Ducks football fan and the family ventured down to Eugene for games quite a bit until recently. One of their four sons, Ja-Mie, says they also enjoyed casinos and traveling to Hawaii.

A few years ago Kim's health started deteriorating and she was put on dialysis.

"She had at least a couple more years in her," Ja-Mie said.

In early November Jimmie - almost 85 years old - developed a cough. He got tested, and it came back positive for the coronavirus. Kim tested positive around the same time, but the virus sent her to the hospital.

The family believes being on dialysis put more stress on her when she caught the virus.

The couple talked every day while they were apart, until the night of November 11. Ja-Mie says his dad passed out, fell in his bedroom and died.

"It was pretty sudden," Ja-Mie told KGW. "The doctors, when I talked to them, they said it could have been like hypoxia, low oxygen. Knowing more about COVID, he could have had a stroke."

VERIFY: Are people being tested for COVID-19 before they receive vaccines?

Ja-Mie said based on what the responding officer determined, his dad likely lost consciousness before falling.

The hospital allowed Ja-Mie to suit up in protective gear and deliver the news to his mother in person.

Kim, worn down physically and mentally, accepted the news. But her health declined after that.

"It's an emotional roller coaster because you think they’re doing well, they seem fine," Ja-Mie said. "But it takes a turn for the worse really quickly. My mom called and said, 'You know, I'm ready to go.'

In their mom's final days Ja-Mie and one of his brothers spent hours at the hospital, focusing on family history with her.

"Sometimes you wait too late to ask questions of your parents because you think you have an unlimited amount of time," Ja-Mie said. "And, in my mind, when you hear them talk, time kind of stops still."

On November 25, the day they buried Jimmie, Kim took her final breath.

"We knew they really didn't want to be apart," Ja-Mie said. "My dad didn't want to go out like that, I don't think. But my mom, because she went on her terms, even though it was kind of COVID-driven, I can be at peace with that."

Thanks to a donor, Kim's memory lives on at her home away from home; someone donated a Phoenix Tree in her honor.