The offenders released have been convicted for non-violent or drug crimes. Their release was announced in an effort to stop the spread of coronavirus in prisons. 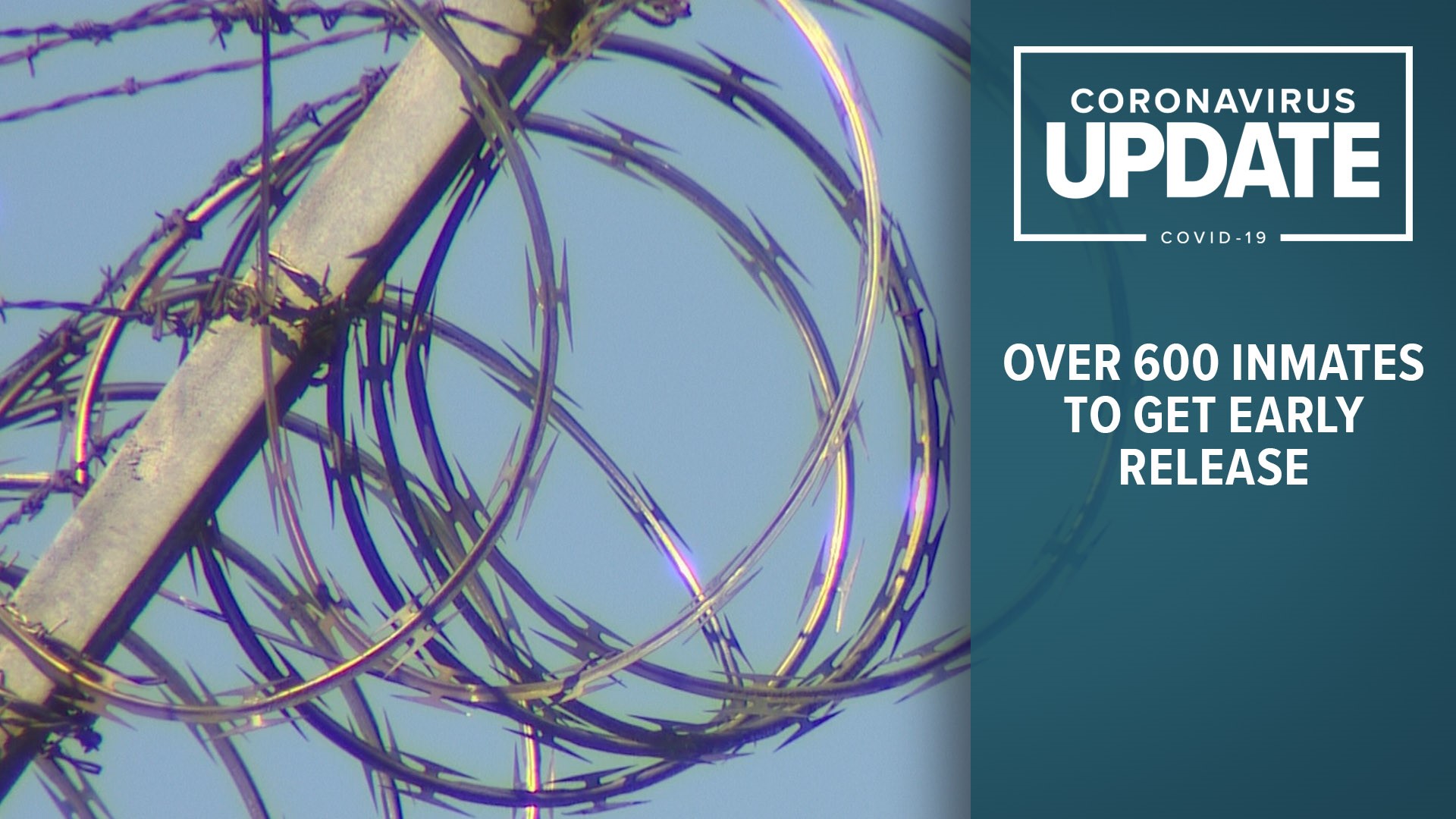 SEATTLE — Nearly 1,000 Washington state inmates are expected to be released "in the coming days" to lower the risk of an outbreak of coronavirus in the state prison system, according to state officials.

Last month, several inmates filed a lawsuit claiming the state was not doing enough to protect those housed in prisons from getting or spreading coronavirus.

On Friday, the Washington Supreme Court ruled the state must lay out how it was taking “all the necessary steps to protect the health and safety” of inmates by Monday.

In a response from the state’s Attorney General’s Office filed Monday morning, the state said it would be releasing between 600 to 950 inmates early.

The released offenders would have convictions for non-violent crimes, or drug and alcohol-related offenses and would have fewer than eight months remaining on their sentences.

Inslee and Department of Corrections officials have said that a process for releasing individuals has been in the works since the start of the outbreak earlier this year.

Visitations were canceled and volunteers were not allowed into prisons in mid-March.

The state’s announcement follows a "disturbance" organized by inmates at the Monroe Correctional Complex last week.

In the court paperwork, the state said the inmates vandalized doors and mirrors and threatened to take hostages last Wednesday. The state said that the "riot" was in response to the state's handling of the coronavirus.

Eight people who are incarcerated have tested positive for coronavirus. One of them is suspected to have contracted the virus while in a community medical hospital and the other seven tested positive while housed in the same unit at the Monroe Correctional Complex, according to the Department of Corrections.

During a press briefing Monday the governor said there would not be time to notify victims. He later, through a spokesperson, said he’s “directed DOC to provide as much notice as possible to victims. He’d like them to get notification whenever possible.”

The Washington Association of Sheriffs and Police Chiefs said it hoped the state would find a way to notify victims.

“This release of inmates is concerning,” said Lewis County Prosecutor Jonathan Meyer, “In Washington, nonviolent offenses include many assault and sexual crimes. We are hopeful the Governor will be very intentional as to who is released, transparency will be key.”