'If I go back I think I probably will close my doors': Portland restaurant owners worried about potential Phase 1 rollback 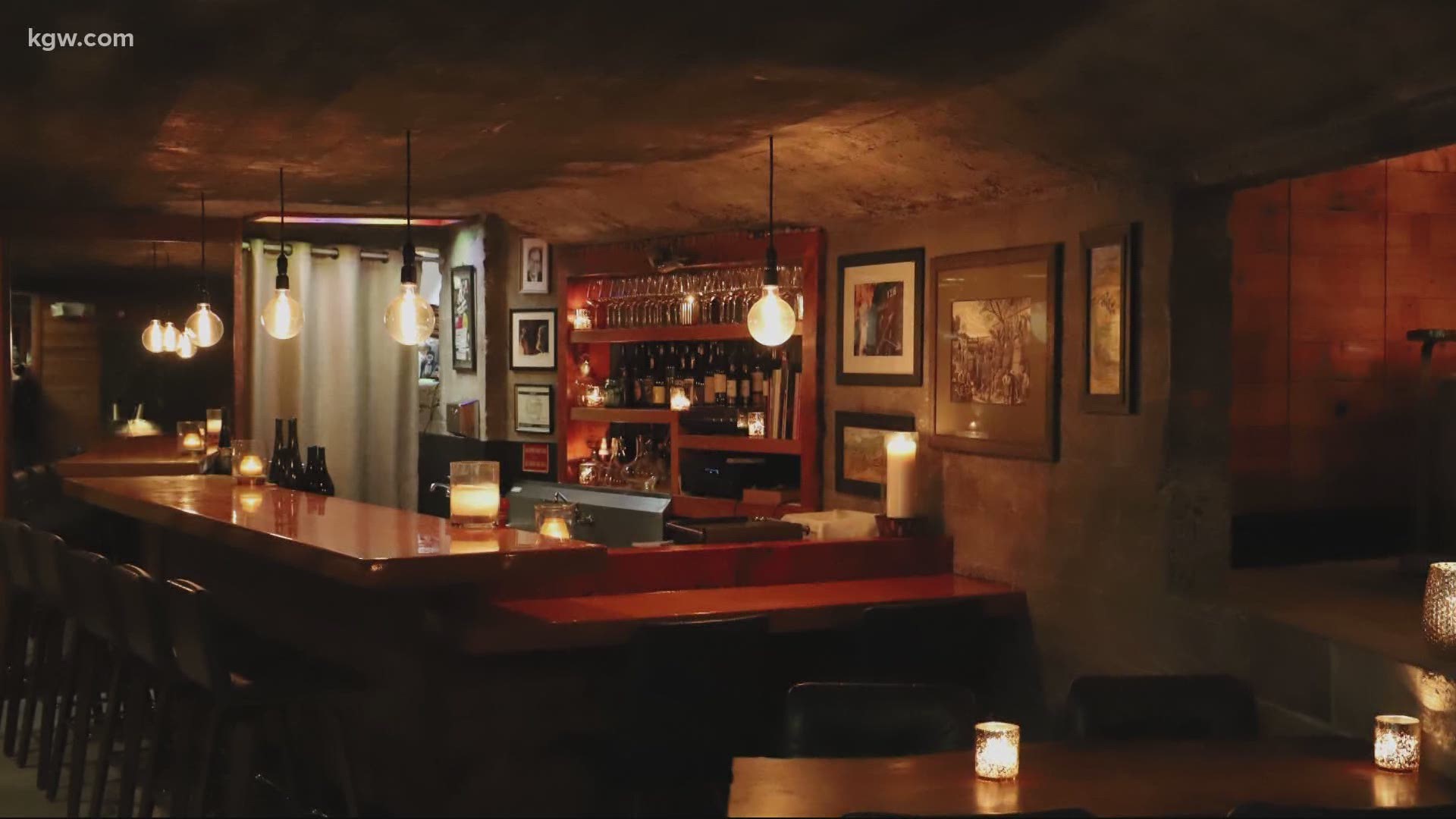 PORTLAND, Ore — Let's face it: this virus isn't going anywhere. In fact, cases are only continuing to surge.

Many Portland restaurant owners are fearful Multnomah County will have to roll back Phase 1 and close in-person dining. If that's the case, Portland's restaurant scene may not look the same again.

As COVID-19 cases surge in the state, restaurant owners fear the worst for their business. They worry what another shutdown could do to business and the industry as a whole.

Restaurant and bar owners try to navigate take-out, dine in, or both in our new normal, while many have chosen to stay closed for a number of reasons.

"A lot of restaurants were barely surviving and this has been a blow that a lot of people will not be able to sustain," Renata and Figlia owner and executive chef Sandra Arnerich said, "It's too devastating, it really is too devastating."

Arnerich has spent her whole life dedicated to the industry. In the Central Eastside district, the experienced chef uses food to bring joy to people's lives at her wood-fired Italian restaurant, Renata.

"Especially when times are this hard people need to find comfort and I think that food brings comfort to people," Arnerich said.

She chose to fire up the oven and reopen Renata for limited dine-in service out on their patio.

But what happens come cooler months, when they can't seat people outside and COVID-19 cases keep climbing?

"I don’t how comfortable I personally am working in an enclosed room with the heater going and people in it and a 400 degree oven going and everybody wearing masks," Arnerich said. "It’s a whole new reality that I really can’t know what it's going to look like come October."

"I'm sure we will adjust in some way or maybe we'll just take a break," she said. "The key thing here is resiliency and just to be really, really creative."

It's a potential reality a number of restaurant owners, including Jinx Restaurant & Bar owner Courtney Hulbert, have to plan for. She just opened Jinx a little more than two years ago and over the past five months, during the pandemic, she has felt as though she's back at the beginning.

“I'm almost positive [another shut-down] is going to happen. And I think we've been building our model around that potential,” Hulbert said. "I believe as a county and a state we began to reopen before it was a safe choice completely and there’s not a lot of guidance for restaurants. We’re all having to come up with safety precautions on our own."

Jinx was closed for two-and-a-half months in the beginning of the pandemic. Hulbert reopened the restaurant last month with take-out only at the front door, while offering tables out front for people to sit and eat. Hulbert considers it “stage zero”.

“If I had done dine-in and had to go back it would be not only financially devastating but emotionally, psychologically and personally damaging - and for the staff as well,” Hulbert told KGW. "I just don’t know that I’d have the gumption to try it again."

Department of Food & Shelter (which includes Yakuza, DOC, Nonna and The Colony at St. John’s) owner Dayna McErlean has been doing take-out since day one. When Multnomah County reopened, McErlean's staff transitioned to both limited in-person dining and take-out. The vast majority of Yakuza’s dine-in seating is in the back garden outside.

She doesn't regret reopening because her restaurants have provided customers a place to gather, share food and time and have conversations with one another, providing an element of normalcy.

"I think it’s a little bit of hope that things are OK and going in the right direction," McErlean said.

RELATED: 'I don't know how and if we'll recover': Portland restaurants, bars concerned as reopening gets pushed back

If Multnomah County shuts down in-person dining again, restaurant owners KGW spoke with say any chance of keeping restaurants open or sustainable goes out the window.

If the state continues to slowly reopen, customers could begin feeling more comfortable dining out, restaurants and bars could provide better service and increase seating capacity. McErlean says that could allow places to move past the financial loss they've experienced and move toward sustaining their business once again.

"We’re all changing business models, it feels like, weekly. It’s going to be hard for people to go back and forth. Like, if I go back I think I probably will close my doors," McErlean told KGW. "This is our time to capture any revenue - the summer - and I think come September we're going to see so many places that can really not continue."

A major concern is that many hospitality workers still don't feel safe or comfortable coming back to work and serving people.

Hulbert cut her staff in half and says the core group still working feels safe enough, although it's a daily struggle the team discusses.

"We have to touch on that every day as a group and re-evaluate. Things are changing so quickly in our world right now and new information is coming out on a daily basis," Hulbert said.

Jinx, Renata and McErlean's restaurants are still trying to bring in business by juggling take-out. They might be forced to stick to that if the county reverses course.

"It just seems like a lot of effort to be punched in the face again," House said. "It’s just not worth risking somebody’s grandma to make $25 on a glass of wine. Now, I understand some restaurants have their back against the wall and they need to generate some dollars to just make rent."

Without government relief as soon as possible, restaurant and bar owners say that joy we once found inside the walls of Portland's restaurants will be out of reach.

"No restaurant, wine bar or the hospitality industry should have their back against the wall when the government is so willing to help out other industries directly related to them making more money," House added.

So much of a restaurant’s purpose is to provide an atmosphere and ambiance not experienced in other places. But safety precautions and regulations on dine-in service stifle that environment and many in the industry would prefer to wait to re-open their doors until they can provide that for customers.