‘It’s absolutely nothing like the flu’: Oregon City woman on day 53 of coronavirus battle

In addition to physical distress caused by COVID-19, Jennifer English says she's felt depression and anxiety like never before. She found hope and community online. 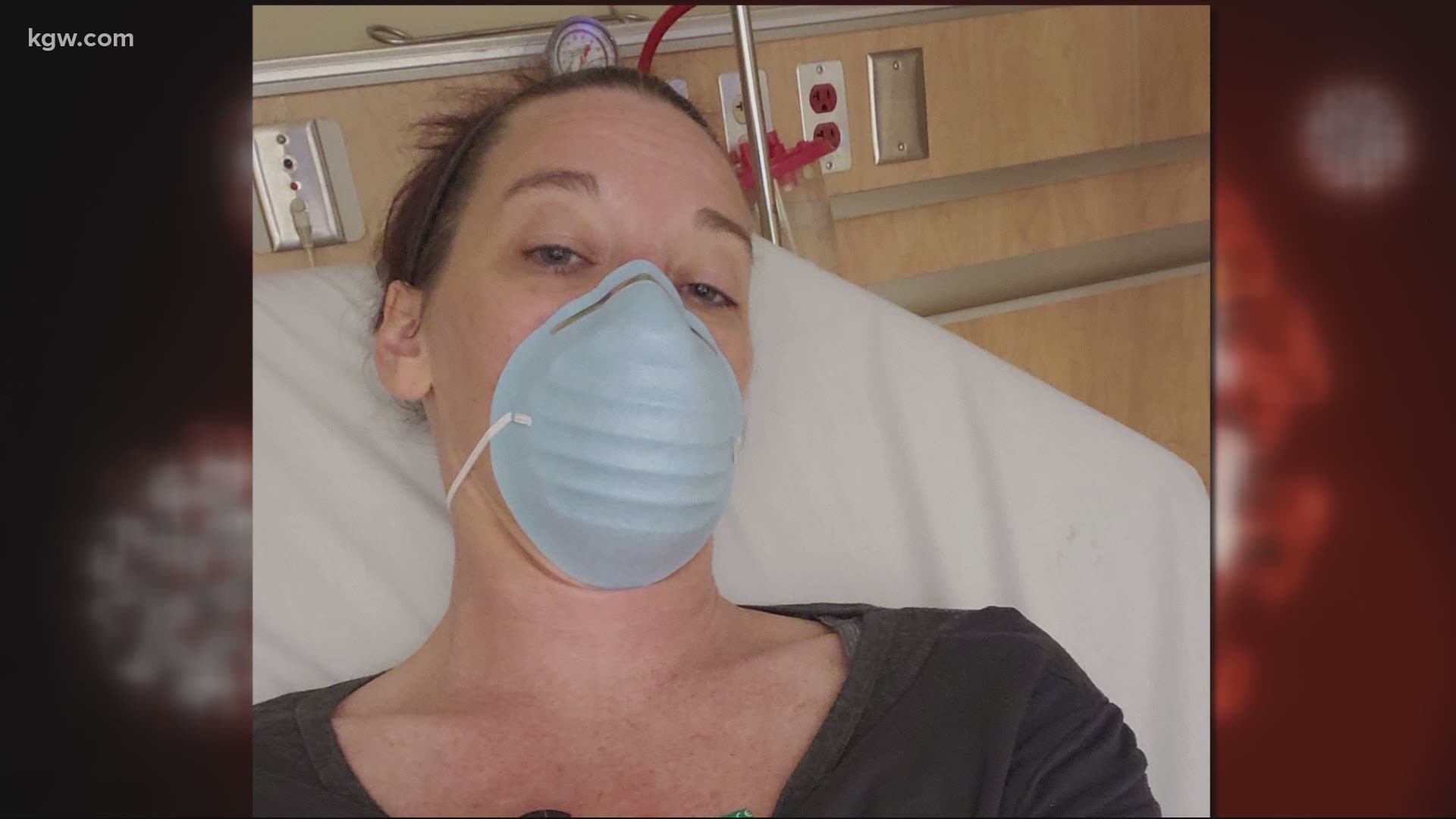 Those are the words Jennifer English used to describe how she felt while fighting off the virus that caused a pandemic. Hers is a name behind a number. She is one of the 3,967 COVID-19 cases in Oregon.

“There was probably 30 days straight where I wasn’t sure I was going to make it out or not,” she said.

English is nearly two months into her battle with COVID-19. She is on the road to recovery, but when she’ll arrive at the destination giving her a clean bill of health is unknown.

“It’s just ridiculous. I’m on day 53 right now and I still have symptoms every day,” she said.

Before the coronavirus, English lived an active life. The 46-year-old Oregon city single mom runs a bar and restaurant, is a marathon runner, and rides motorcycles -- all while raising her 14-year-old son.

“Just super busy all the time,” she said.

That all changed when the coronavirus stopped her wonderfully hectic life in its tracks on April 6.

“The symptoms are so random and so crazy and there’s so many of them that you never know what you’re going to experience next,” she said.

For English, those symptoms started at the dinner table. She and her son sat down for tacos, but when she took a bite, she couldn’t taste anything. She dumped on the hot sauce, but still nothing.

“So, I actually went over to the fridge and I grabbed my lemon and I squeezed lemon in my mouth and didn’t taste anything,” English said. “And at that point my heart just sank because I just knew from that moment that I had been infected somehow.”

She immediately reached out to her doctor but couldn’t get a test for days. All the while her symptoms got worse and her fever rose.

“I had actually become so dizzy that I had fallen down and didn’t actually get up for a few hours. It was so traumatic,” she said. “I thought at that point that I was going to die.”

She drove herself to the emergency room, worried she would infect others by calling paramedics.

Medical staff previously told English she was probably having a panic attack when she described symptoms over the phone. When she got to the ER, it was a similar response, that is until she got the test result back.

“The doctor called me and said, ‘Hey, I guess you were positive,’” she said. “I understand that there’s no playbook for the medical community, especially at that time. We were all so in the dark on what this virus could do to somebody.”

Not only was English in a physical crisis, the virus took a huge mental toll.

“It was the worst, worst feeling of my life and to feel so alone too at the same time,” English said. “I don’t even know how to explain it – back to the impending doom – like you’re not going to make it.”

From the stigmatization to the isolation she felt having COVID-19, English found herself living with anxiety and depression for the first time, but she found hope on social media. She found the Facebook group Survivor Corps.

“Within 10 minutes of being on there I no longer felt alone. I had a sense of hope, finally. Survivor Corps was a complete blessing to me, an absolute blessing. I don’t know where I would be without them," English said.

Survivor Corps connects people battling the virus, those who’ve beat it, and their family members from all around the globe, concentrating on the United States.

“They listened and they were there for me and they gave support when no one else did,” English said.

“I was perfectly healthy. I’m 45 years old. I exercise all the time, did yoga. I was still one of the first people in my area to get COVID,” Berrent said.

When she finally had enough strength to open her computer, Berrent started the Facebook group so she wouldn’t have to go through the roller coaster ride of the virus alone. In just two months the group has grown to more than 50,000 members in a coalition of hope.

English now has her “virus buddies” that she met online from New York, Dubai, and Italy. They can relate to her experiences, fears and breakthroughs.

“When I was at my lowest of lows, they brought me back. We laughed, we cried together, we shared our stories and really gave each other hope when we had nowhere else to turn for it,” she said.

Survivor Corps is taking their mission a step further. On Tuesday, they launched “The Fight is in Us,” to mobilize tens of thousands of individuals who have survived COVID-19 to donate blood plasma.

“We have issued a call to arms, literally, a call to arms because inside the arms of every COVID-19 survivor are the antibodies that will lead us to a cure,” Berrent said.

“By extracting those antibodies from my plasma donation, they can either be transferred directly to another patient whose body was not able to formulate its own antibody response,” Berrent said.

They're survivors helping find a solution and spreading a message to the rest of us.

“If you are skeptical of how real this disease is – come on over to Survivor Corps and start scrolling through and look at peoples’ experiences,” Barrent said “I mean, nobody would wish this upon your worst enemy.”

“I know a lot of people aren’t taking it seriously at all and I think it’s just because they haven’t experienced it firsthand,” English said, “That’s probably the most devastating thing to hear: people say, ‘Oh, it’s just the flu.’ Because it’s nothing like the flu. I’ve had the flu, several times in my lifetime, and it’s, it’s absolutely nothing like the flu.”

For more information on Survivor Corps visit their website at survivorcorps.com

RELATED: KGW Digital Q&A | How are you doing? 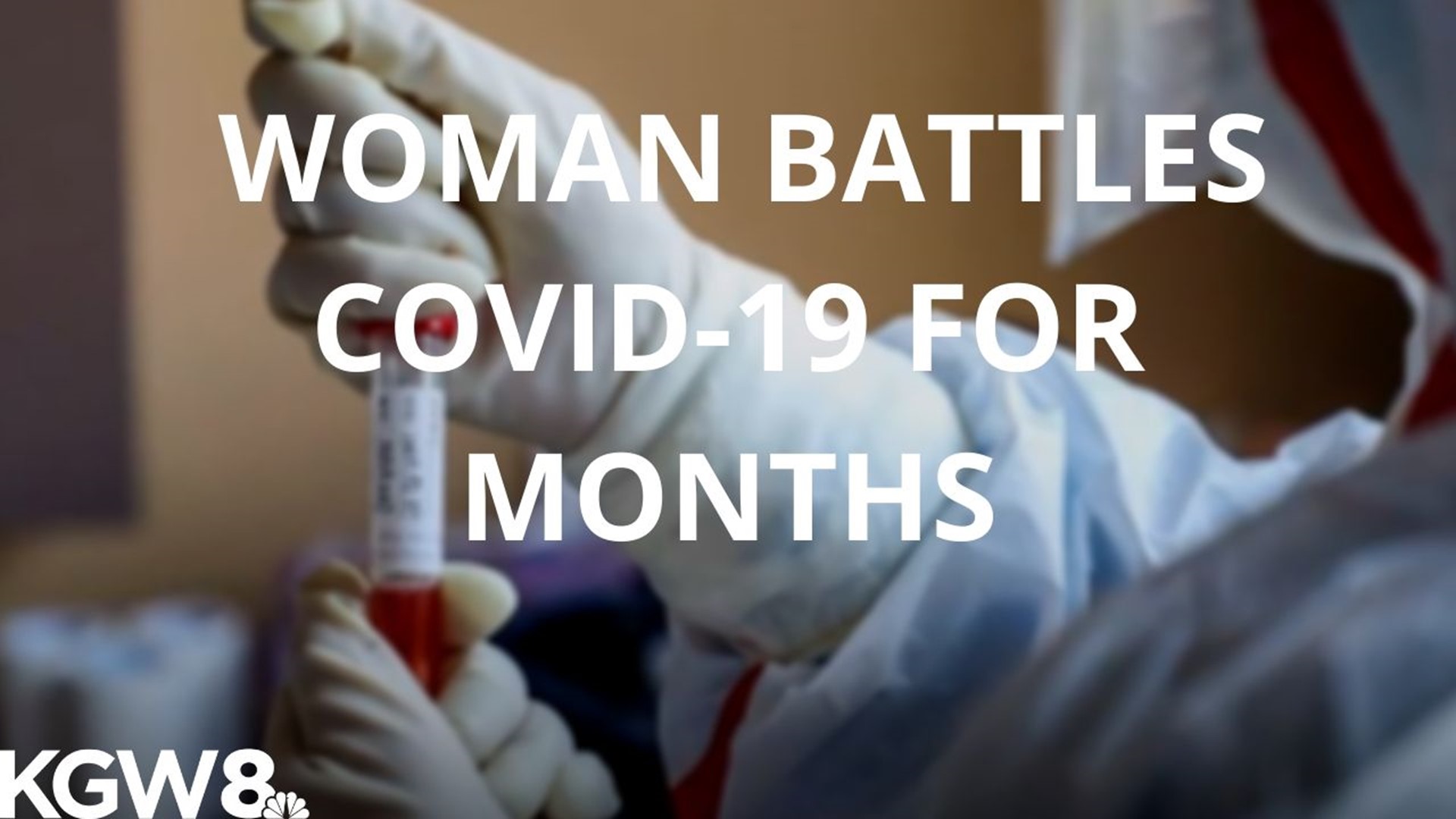