The COVID-19 pandemic is costing Oregon's universities hundreds of millions

Having fewer students living on campus, and all the support services they pay for, along with the loss of other payments and athletic revenue will cost OSU $200M. 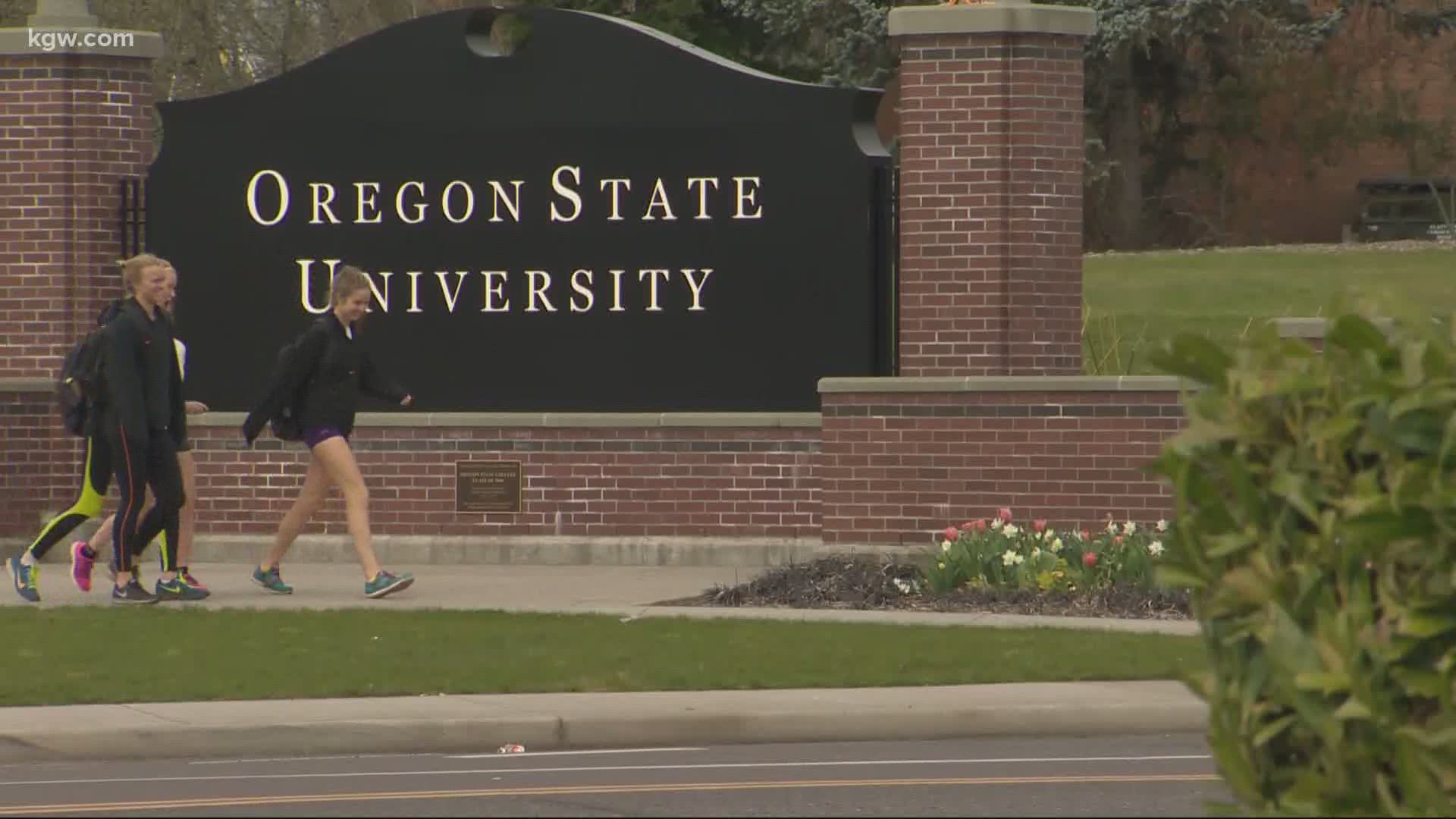 PORTLAND, Ore — When the Pac-12 announced the cancellation of fall sports Tuesday, football got the most notice, and for good reason. The sport brings in the lion's share of the money for schools' sports programs.

But the fall season for women's volleyball, and men's and women's soccer and golf are canceled too, as are some early season basketball games.

That’s a lot of lost ticket sales, parking fees, merchandise sales, sponsorships, endorsements and concession sales. It all adds up to serious money, on top of the financial wallop schools already face from COVID-19.

OSU was the most willing to share its numbers today.

The loss of the football season will cost the athletic department about $50 million, according to spokesman Steve Clark.

Clark said having fewer students living on campus, and all the support services they pay for, along with other lost payments and the loss of athletic revenue will total roughly $200 million.

Alexander said he is worried not only about this year but the two years after that. He said this reminds him of the recession, while he was a university leader in California. The state propped up schools for three years and then stopped.

“When 2012 happened, the stimulus funds went away, and most of our state budgets were reduced from a 2006 funding level to a 1995 funding level,” he said. “And so most states including California, Kentucky, Louisiana basically let their public institutions fall off a cliff - a funding cliff. I’m very worried about the upcoming year and what we’re going to do to get through that.”

He expects the federal government to kick in $30 million to help the school for the 2020-21 school year, but he worries about state cuts and dire economic forecasts.

The good news at Oregon State is that enrollment seems to be holding steady and is down just eight students compared to this same day last year, according to Clark.

It reads in part:

“From a financial standpoint, approximately 70% of our overall department revenues result directly from football. At this point, we estimate the net financial impact of a reduced number of football games and limited to no fans in Autzen Stadium to be in the range of mid-to-high eight figures. Should there be no competition this academic year, these losses will only grow.”

This past spring the school’s president estimated the impact for that term at $25 million dollars - and cut 282 jobs.

Portland State University is not in the Pac-12, but the Big Sky Conference and its season is also postponed. The school estimates that will cost at least $150,000 in lost ticket revenue.

It’s unclear what the pandemic impact is schoolwide.

But in June the school moved $11 million from a rainy day fund into the budget, raised tuition 5% and cut hours for 1,400 employees.

Still, the vice president of enrollment, Chuck Knepfley, said only 5% fewer students are registered so far this year, even though 95% of classes will be online.

“When they start to struggle financially, they want to stay closer to home and they want to pay less. And we feel we check a whole lot of those boxes for the students we serve,” Knepfley said.