Gov. Kate Brown's office said hospitalizations have recently increased in the two counties, and they failed to meet the safety prerequisites to reopen.

PORTLAND, Ore. — Gov. Kate Brown and the Oregon Health Authority on Thursday gave the go-ahead to 31 of 33 counties that applied to enter Phase 1 of the state’s reopening plan. But two counties, Marion and Polk, were told to put their reopening plans on hold.

Why were those two counties not approved? Gov. Brown’s office said it's because they didn’t meet some of the criteria required to reopen.

The governor said the counties that qualified for reopening completed the following prerequisites:

For Marion County, which is home to Salem and its surrounding areas, Gov. Brown’s office said the county did not meet the first prerequisite because hospitalizations have increased over the last two weeks compared to the previous two weeks. In fact, 33 of the 67 new coronavirus cases reported by the Oregon Health Authority on Thursday were from Marion County.

It was also determined the percent change in cases last week compared to the previous week was significant. Nearly 37% of cases from May 3-9 were sporadic and not tied to an existing case, according to Brown’s office.

Neighboring Polk County also failed to meet the first prerequisite and had more hospitalizations from the 14-day period of April 26 to May 9 than during the 14-day period of April 12 to April 25, Brown's office said. There was also a rise in cases the week of May 3-9 compared to the week prior. And similarly to Marion County, the governor’s office said there was an increase in sporadic cases.

So, when will Marion and Polk counties next be eligible to potentially move into the first phase of reopening? They’ll be monitored for seven days and if trends improve, they’ll once again be considered.

RELATED: Portland-area likely weeks away from being ready for Phase 1 reopening

RELATED: These 31 Oregon counties have been approved for Phase 1 of reopening 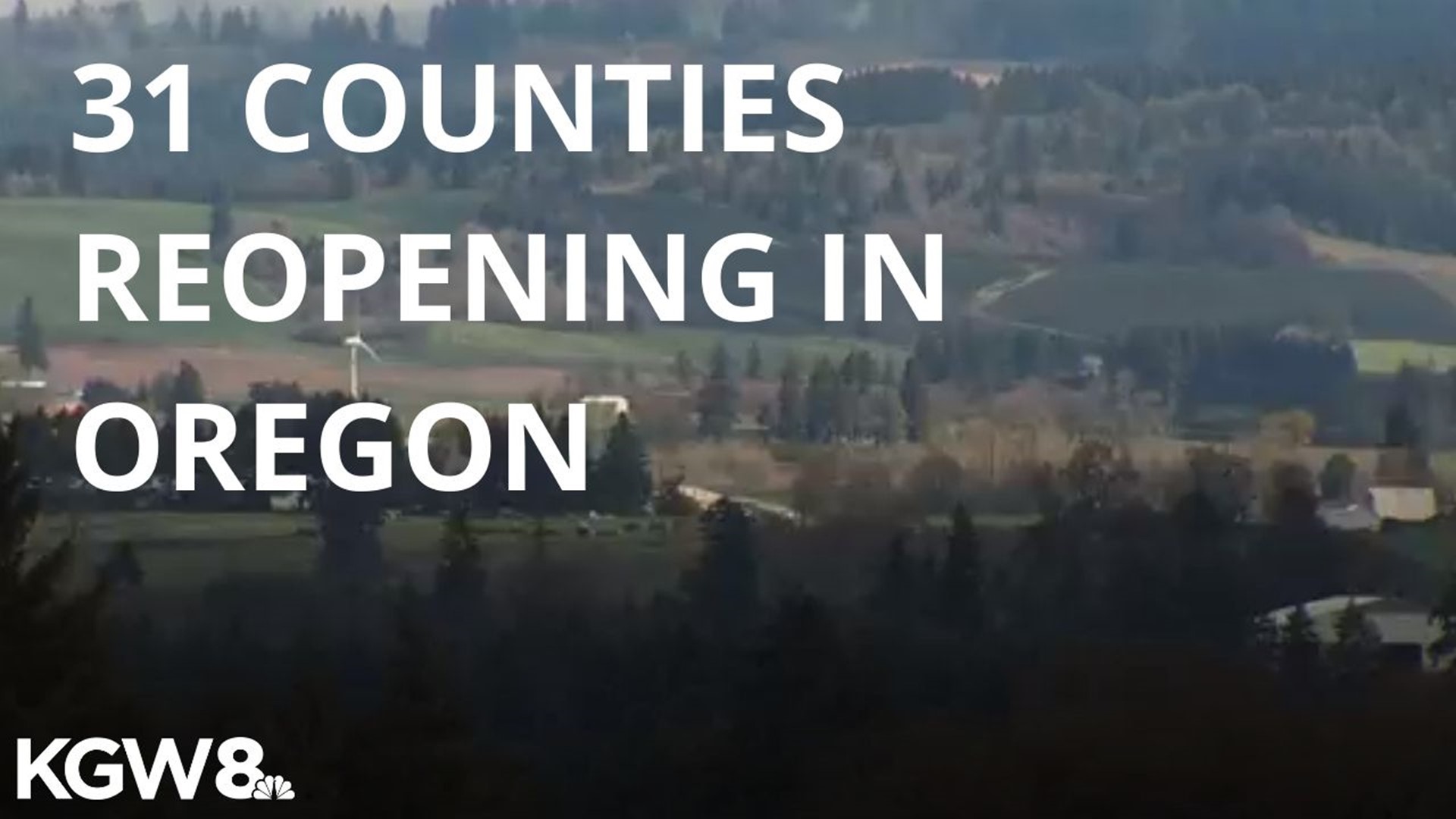