The most likely scenarios forecast between 900 and 4,800 new infections per day over the next month, and 27 to 82 new hospitalizations per day by July 16. 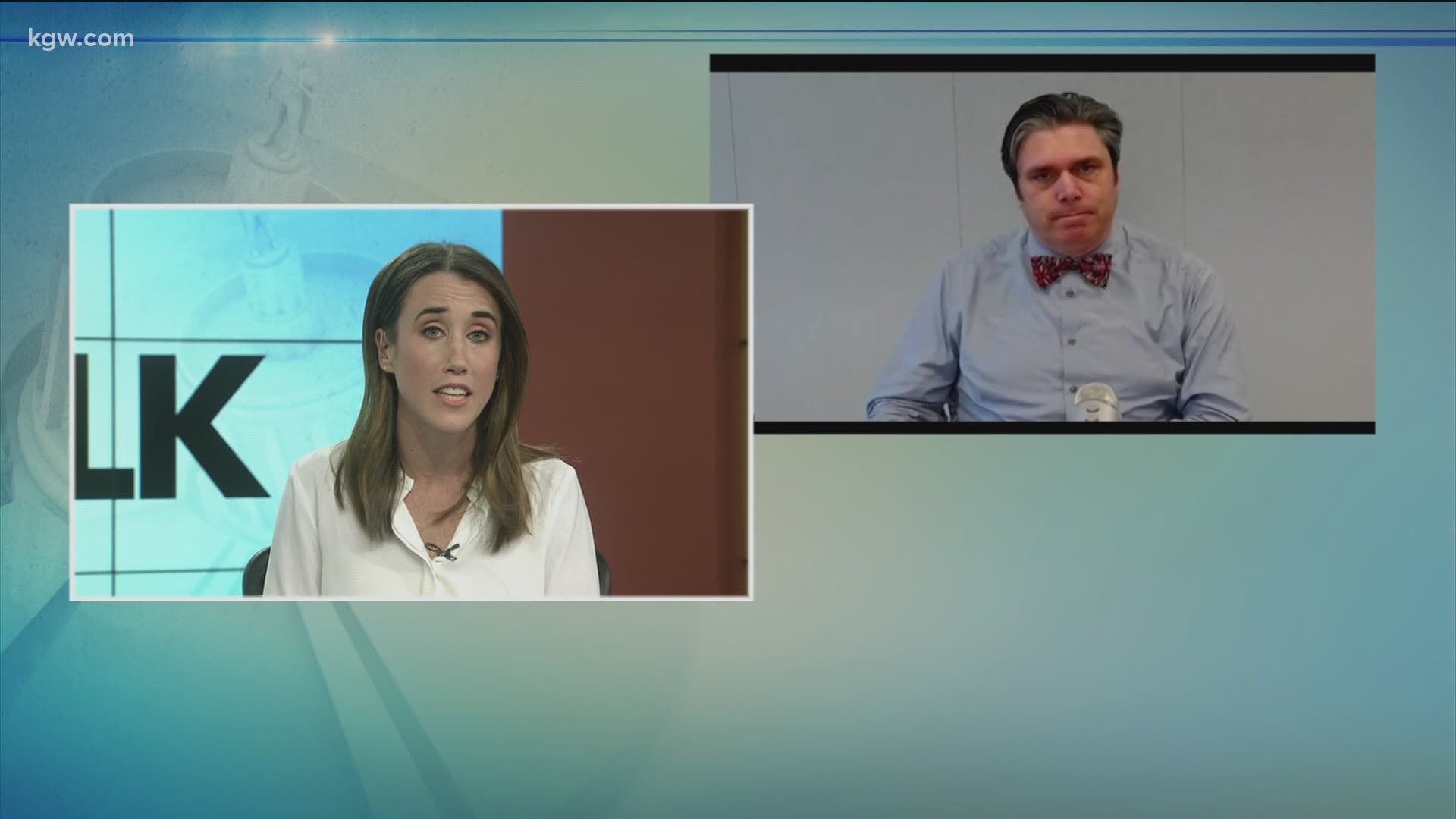 PORTLAND, Ore. — New projections released Friday by Oregon Health Authority provide a grim forecast for the direction of the COVID-19 pandemic over the next month in Oregon.

OHA released optimistic, moderate and pessimistic scenarios for the next month, based on the organization's most recent modeling charts.

An OHA spokesperson said of the three scenarios, the optimistic scenario is the least likely to occur because it assumes growing case numbers in the state reflect more testing, not increased spread, an unconvincing assumption considering one-third of the newly diagnosed cases in the state come from an unknown source.

That means the moderate or pessimistic scenario is most likely, which forecasts an increase in new infections between 900 and more than 4,800 per day over the next month, and an increase of 27 to 82 new hospitalizations per day by July 16.

The moderate and pessimistic scenarios forecast between 38,300 and 78,100 cumulative infections over the next month.

Here’s a look at all three scenarios:

An OHA spokesperson said officials assumed testing rates would remain at the recent level of 4,000 per day and that hospitalizations from COVID-19 remain stable.

Health officials continue to push for people to follow proper COVID-19 hygiene, including washing your hands, keeping 6 feet of distance from others, limiting in-person gatherings and wearing face masks.

"We know that COVID-19 is in our communities," said Dr. Dean Sidelinger,  the state's health officer. "This latest model provides us with a sobering reminder that we all need to guard against continued spread, especially as we continue to reopen and the weather gets warmer.

"Think hard about your choice of activities, especially as we get close to the Fourth of July holiday. Ask yourself: how can I reduce my risk and the risk I might pose to people around me?" Do what you can to suppress the virus: Stay 6 feet away from other people. Wear a mask. Avoid large gatherings, and if you are in a group setting — like a holiday barbecue — stay outside, keep your distance and use a face covering when you’re not eating. Wash your hands frequently and stay home if you’re sick," Sidelinger said.

Earlier this week, Oregon health officials said that although there has been an increase in COVID-19 cases over the past month, there has not, at least yet, been the same surge in hospitalizations and deaths.

RELATED: Amid rise in Oregon COVID-19 cases, positive tests among people younger than 50 have ‘substantially increased’

OHA’s weekly report showed that coronavirus cases increased for the fourth consecutive week, including a 40% increase during the week of June 15-21 as compared to the previous week. That rise came as the number of tests completed last week jumped to 30,773, 25% higher than the preceding week.

RELATED: Here are the 28 active COVID-19 workplace outbreaks in Oregon