The hospital said it's an emergency move to treat an overflow of COVID patients and is able to happen with special permission from the state. 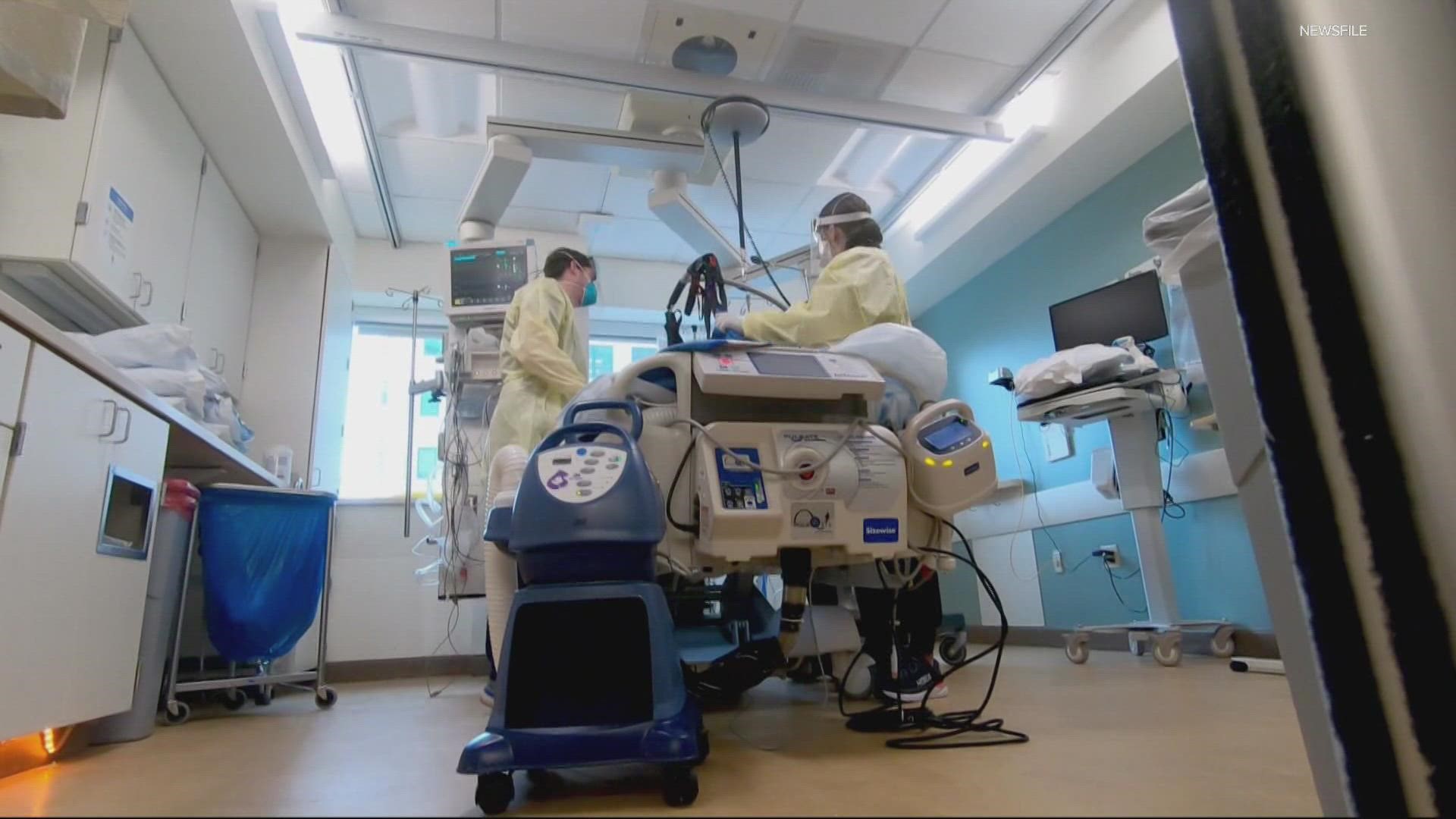 GRANTS PASS, Ore. — At the Asante Three Rivers Medical Center in Grants Pass, an intensive care unit built for 12 people now sometimes houses as many as 21.

“It’s a single patient room that we put two full sized beds in,” said Laura Magstadt, vice president of nursing at the hospital. She said its an emergency move to care for the sickest of the sick as COVID-19 causes an overflow of patients, but it's not ideal.

“I have to tell you there is very little room in between," Magstadt said. "We've had some very harrowing things happen where a patient goes into cardiac arrest that’s in a double room, and there’s another patient, literally, where they could reach out and touch the patient— their beds are so close. And the team is needing to do CPR I mean it’s very, very difficult."

All elective surgeries are cancelled. Hospital leaders are using every space they can find to house patients in the building, including recovery rooms for surgeries.

Dr. Estin Yang said 100% of the patients in the ICU have COVID. Magstadt said 90% of those patients are not vaccinated.

Three Rivers Medical Center is licensed for 125 patients but is operating under a special permit from the state of Oregon and treating 146 patients.

There were 10 boarders Wednesday morning, according to Magstadt. By noon the number had grown to 13.

Win Howard, the CEO of Three Rivers, said he prayed it would not get this bad— but it has.

“We are at an absolute crisis like nothing we have ever thought was going to happen,” he said Wednesday during a news conference over Zoom.

Magstadt said the hospital has not yet run out of ventilators but it has been close.

The surge in COVID cases began about a month ago. Doctors said the sickest patients die within two to four weeks of being diagnosed. That's happening a lot now in southern Oregon.

“Probably the most heartbreaking thing for us at Asante—we've had 28 deaths in the last seven days,” said Howard.

Josephine County Public Health, which includes Grants Pass where Three Rivers is located, asked for a refrigerated truck to hold what is expected to be a surge in bodies in the coming weeks.

Hospital leaders worry the steep increase in COVID cases could run through the middle of October.

Have a comment or story idea for reporter Pat Dooris? Send him an email at pdooris@kgw.com.