'The virus is still very much out there.' 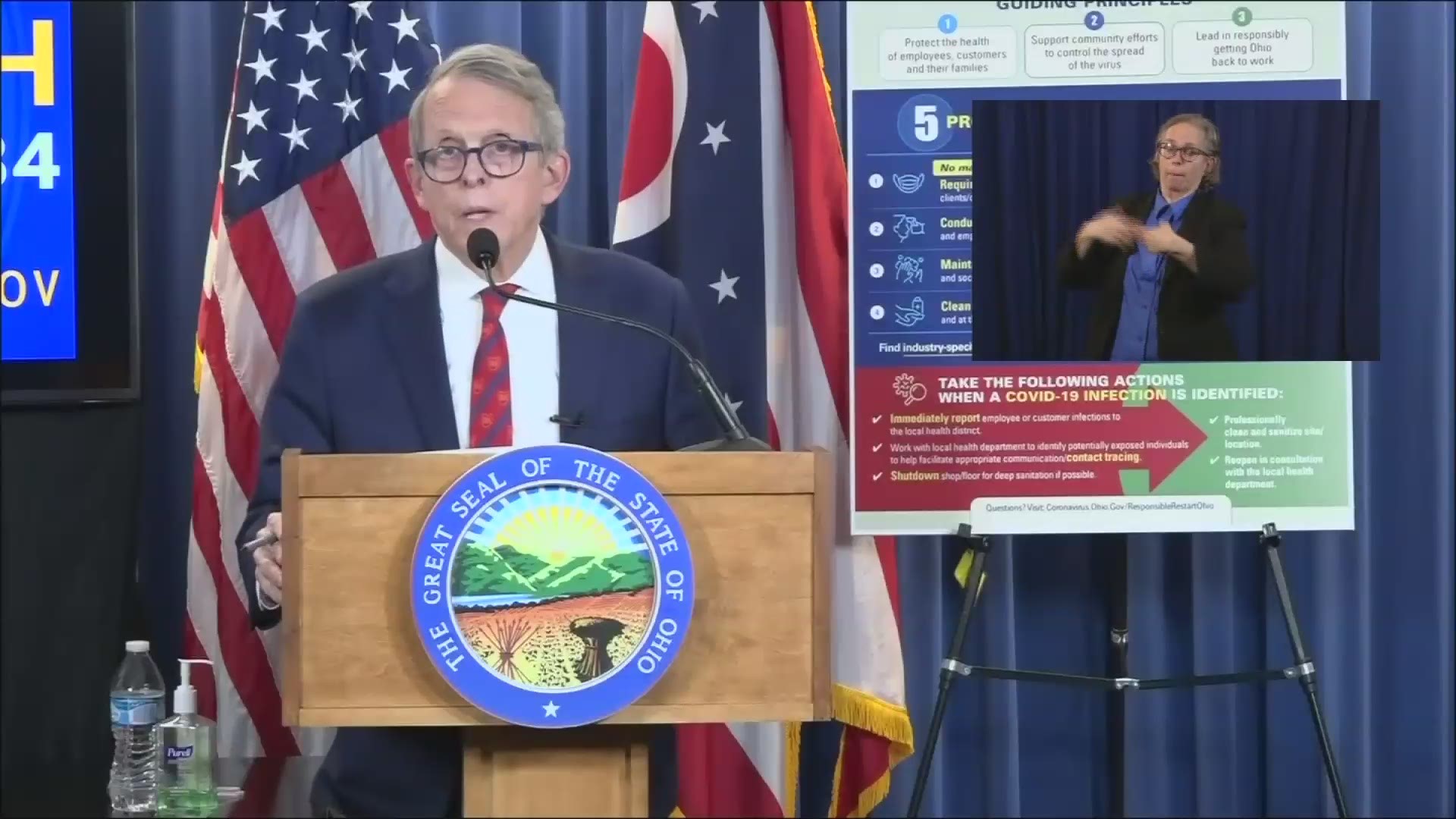 “We’re trying to get this economy moving forward, but at the same time we have to be just exceedingly careful,” he said during his daily press conference Wednesday afternoon. “The virus is still very much out there. It’s not gone away. It’s not going to go away for a while.”

Those comments came when he was asked what Ohioans can do when encountering people who aren’t taking social distancing seriously.

“The way it travels is still the same," DeWine said. "If you have people grouping together, one can spread it to the other. I guess the thing I would ask our fellow citizens to remember is even if you’re not sick, even if you don’t feel bad, you could be carrying it.”

He also declared “there’s a lot about this virus we don’t know" as we move forward with the first phase of reopening Ohio.

Although some businesses have been given the green light to start reopening in the days ahead, Gov. DeWine is still urging employees to continue working from home “as much as humanly possible."

NOTE: DeWine's comments featured in the video at the top of this story were made during his press conference on April 27.