'We should be prepared for thousands of cases': Crowds of 250+ banned in Oregon

The governor also admitted she's worried about the state's testing capacity, which is 80 tests/day. 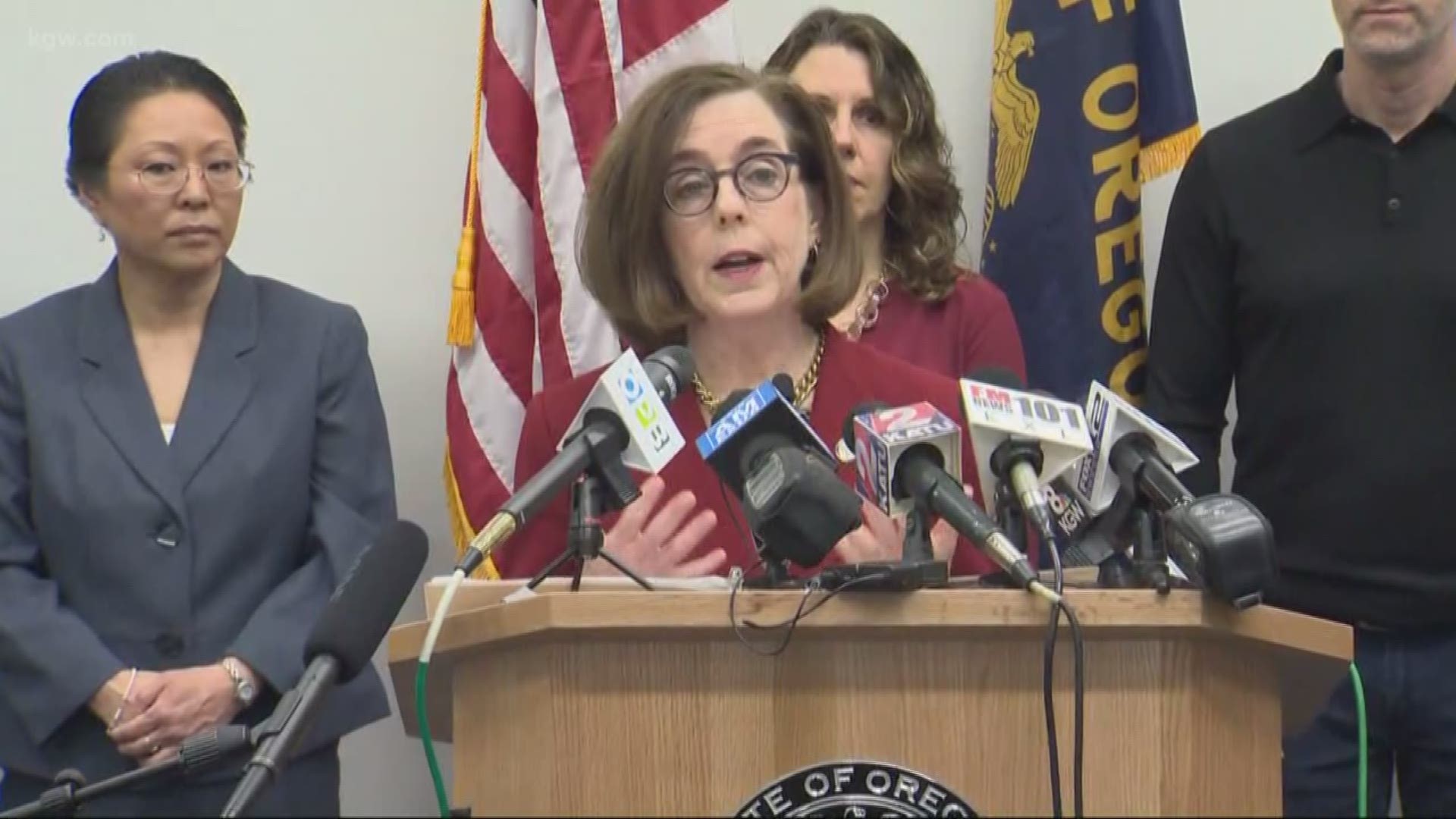 PORTLAND, Ore. — Oregon Gov. Kate Brown on Thursday morning announced new steps the state is taking to prevent the spread of coronavirus, including banning all large gatherings of 250 people or more statewide.

The ban is effective immediately and lasts until April 8. A gathering is defined as any event in a space in which appropriate social distancing of a minimum of 3 feet cannot be maintained.

This applies to organized events, but doesn't apply to stores, schools and shopping centers. She urged Oregonians to take personal responsibility at weddings and other social gatherings, including ensuring elderly and those with underlying health issues do not attend such events.

Check the latest closures and cancellations in the Portland/Vancouver area

The OSAA has canceled all state basketball tournaments.

RELATED: These events in the Portland/Vancouver area are canceled due to coronavirus concerns

"Let me be clear: Coronavirus is in our communities. We should be prepared for thousands of cases in Oregon," Brown said. "These steps will save lives."

Jennifer Vines, Multnomah County's heath officer, said the is no vaccine or cure for coronavirus, which is why social distancing and "flattening the curve" is the only tool we have to slow the virus' spread.

Multnomah County Chair Deborah Kafoury announced at the press briefing that the county has declared a state of emergency in response to the coronavirus.

"We know the metro area is particularly vulnerable because people come together here," she said. She added that a surge of cases could quickly overwhelm Multnomah County's health care system.

Mayor Ted Wheeler also announced Wednesday the City of Portland is under a state of emergency.

"This morning I declared a state of emergency to give us the flexibility and powers we need to support our county and state partners to properly address the threat of infection and harm," he said.

"We've suspended service disruptions of water bureau and environmental services" to assist everyone in the city, he announced.

He added that "Portlanders have always looked out for each other" and now is the time to step up efforts to ensure our neighbors are safe.

Oregon Health Authority officials estimate there are about 150-250 cases in Oregon right now. With cases potentially doubling each week, this could mean 75,000 cases in Oregon by mid-May, if we don't implement social distancing policies such as the large crowd ban.

The state still has a capacity of about 80 COVID-19 tests per day, but that could change in the future, according to OHA. The number varies for private labs.

RELATED: What's the process like for getting a coronavirus test in Oregon? Are the tests free?

In Washington, Gov. Jay Inslee on Wednesday announced a ban on gatherings of more than 250 people in three counties. Seattle’s sports teams have either canceled home games or announced they will be played without fans in attendance.