Gov. Brown says no shelter in place for Oregonians

In a call with reporters, Gov. Kate Brown said she will not issue the order unless she notices citizens are not following orders to stay at home. 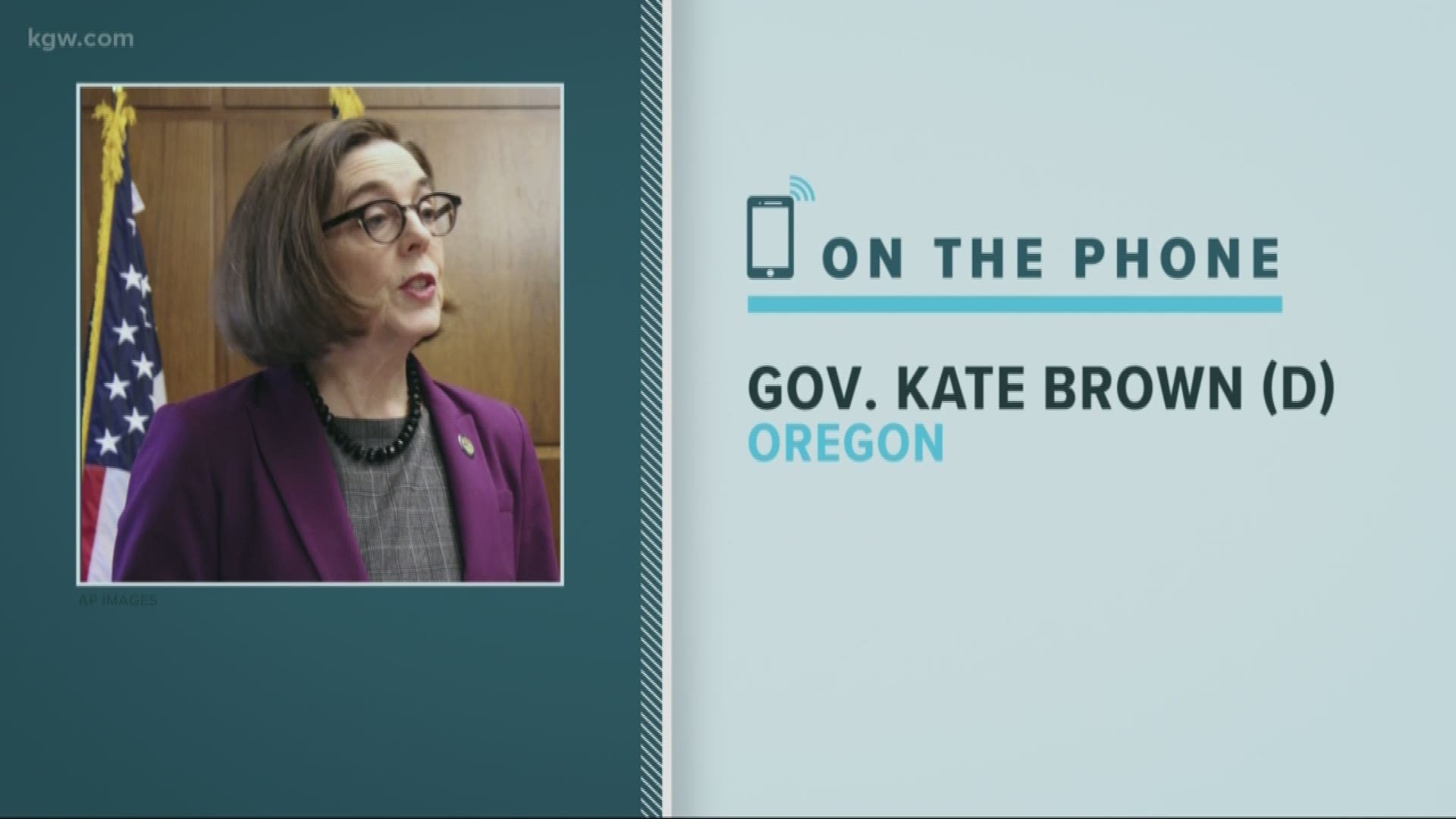 PORTLAND, Ore. — Oregon Gov. Kate Brown re-iterated Friday morning she will not be calling for a statewide shelter in place order yet.

This comes several days after KGW News learned Portland Mayor Ted Wheeler has come up with a draft plan for a possible shelter in place order for the city of Portland.

When pressed on when she would issue an order, the governor told reporters in a press call Friday morning all Oregonians should be social distancing and isolating themselves if they are over 60.

"I am encouraging... I am urging all Oregonians to stay home," she said. "We’ve been saying that for weeks. It particularly applies to most vulnerable Oregonians, those with underlying conditions. If they are not following our recommendations, I will impose more restrictive conditions."

The governors of California and Illinois have issued statewide shelter in place orders, as has the mayor of New York City in an effort to curtail interactions.

The state, which has been behind on testing for coronavirus for weeks now, will be receiving 20,000 COVID-19 tests through Quest Labs. The first batch of 5,000 tests should be arriving any day.

However, the governor's chief of staff said the state is now experiencing a shortage of collection kits: swabs and containers that are used to collect specimen.

"The White House said they sent a list of suppliers for swabs [to us] and said, good luck. Every state is now looking for suppliers for this stuff. Quest has enough testing capacity, but not enough swabs," Chief of Staff Nik Blosser said Friday morning.

Gov. Brown also said she's working on a statewide moratorium on evictions, and added most -- if not all -- utilities have announced they won't shut off when a bill goes unpaid or is paid late.

When it comes to mortgage payments, the governor said your best course of action is to contact your bank directly.

RELATED: Gov. Brown: State not moving to shelter in place order -- for now

She said the state's employment department is taking steps to make it easier for people whose jobs have been affected by COVID-19 to file for unemployment. This includes people who can't work because their employers either closed because of the pandemic or curtailed their operations.

As of a few days ago, there have already been more than 50,000 applications for unemployment statewide.

She said she's working with the federal government to delay the deadline for the state enacting REAL IDs by a full year. We were scheduled to make the move to REAL ID on Oct. 1, 2020 but the DMV was unable to begin production of these cards until the summer. The pandemic will further delay production.

As the state's supply of personal protective equipment (PPE) continues to dwindle, the governor said she put in a new order with the government for 1 million masks, 300,000 swabs for COVID-19 tests and 140 ventilators.

In the coming days, she'll also consider extending the ban on large gatherings beyond April 14, 2020.

Lastly, she told Oregonians there is absolutely no need to stock up on toilet paper and food for weeks at a time. She said she has had discussions with the grocery industry and food producers, and at this point, there's no reason to believe those items will not be restocked.

RELATED: Why Gov. Inslee has not ordered Washington residents to 'shelter in place'