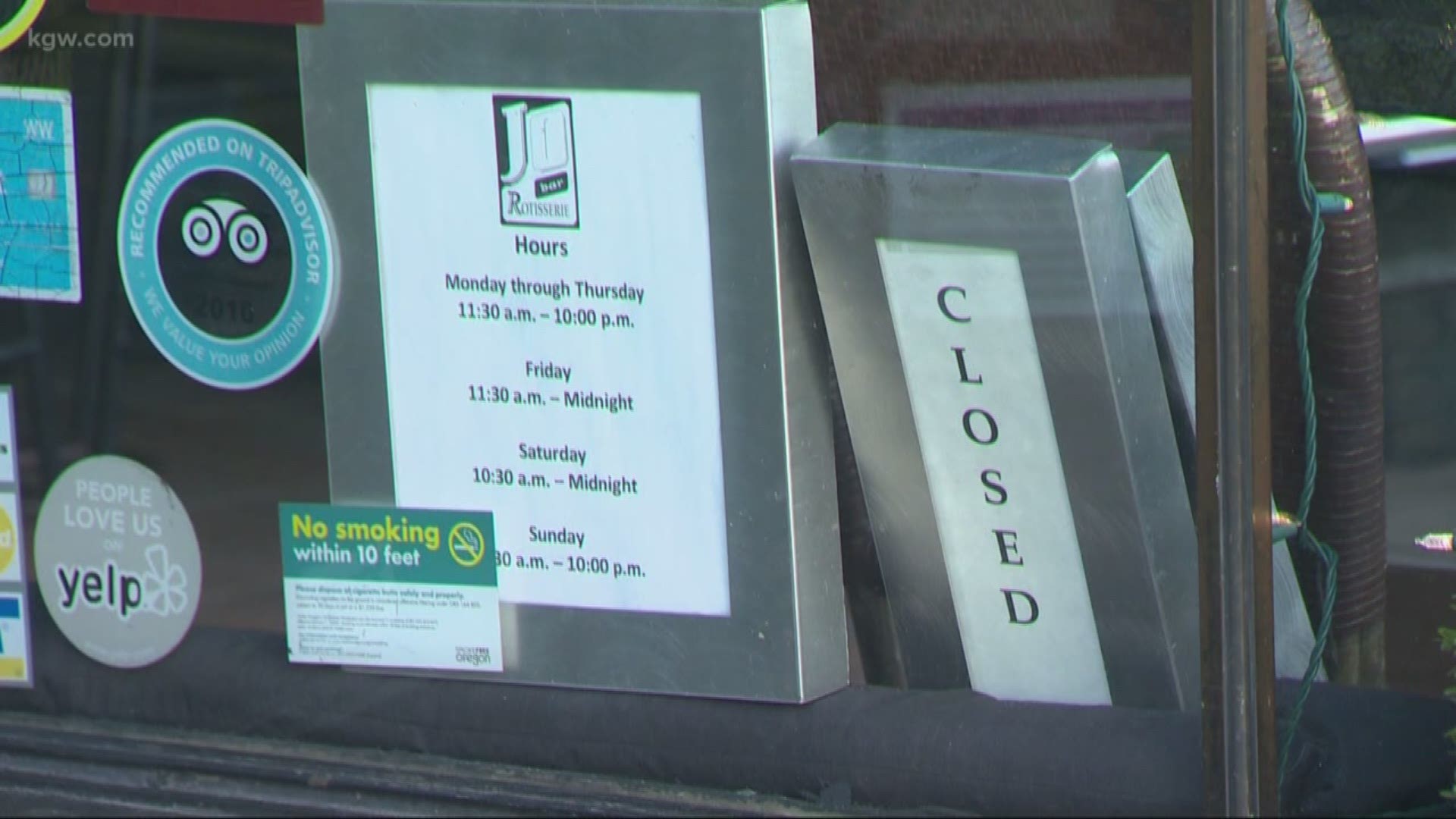 "During this unprecedented public health crisis, too many Oregonians have found themselves with no way to pay the monthly rent for their homes and businesses," Brown said in a news release. "These are difficult times. This order will help Oregon small businesses stay in their locations without the threat of eviction."

Business owner Danielle Faught said she was relieved by the moratorium.

"It at least gives us a little peace of mind and break to get ourselves together and hopefully get some funding in to see what we can do," said Faught, who owns Lotus Tattoo in Portland and Eastside Electrolysis in Fairview. Both businesses have been closed for over a week.

"I think it's great for everyone involved," she said.

The order also strengthens Brown’s earlier ban on residential evictions. It prohibits landlords from charging their tenants late fees for not paying rent during the moratorium.