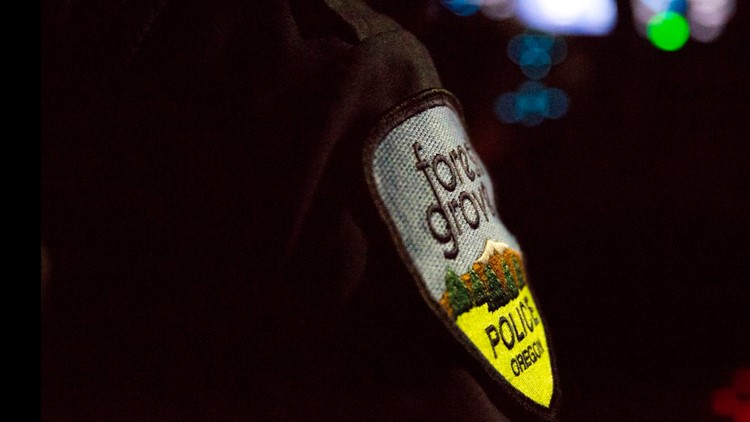 FOREST GROVE, Ore — The Forest Grove Police Department will offer a pick up and delivery service for prescription medications starting Wednesday, so some of the city’s medically vulnerable residents don’t have to risk leaving home during the coronavirus outbreak.

Capt. Michael Hall said the service will be offered to those older than 65 who have a pre-existing or life-threatening health condition.

“We have a pretty large population of people older than 65,” Hall said. “We had to put some kind of limit on it just to keep staff from being overwhelmed.”

Those meeting the requirement can call the department between the hours of 8 a.m. and 4 p.m., Monday through Friday, to request help.

Residents will have to provide their name, address, phone number and date of birth, as well as the prescription requested and the name of the pharmacy. They need to order the medication from the pharmacy, pay for it over the phone and tell the pharmacy that officers will be picking it up beforehand. When officers deliver the medication, the resident must present valid identification, Hall said.

Hall said he wasn’t aware of any other police departments taking such an effort yet, but said Forest Grove officers had been looking for some way to help residents during the outbreak.

“We were brainstorming a way to get our personnel out there and show the city that we’re here, we’re still working,” Hall said.

Officers will only deliver to private residences, he said, because it’s more difficult to maintain the social distancing rule in retirement homes or other facilities with many people living in one place.

He said when officers deliver medicines, they will knock on the door, then step back several feet.

“We’ll check in on them, see how they’re doing and then be on our way,” he said.

Hall said all 22 of Forest Grove’s sworn officers will be delivering medications.

He said the program may change depending on how the coronavirus crisis evolves.

“This is such a new program — it may expand or eventually contract,” he said. “We’ll rely a lot on citizens to use the honor system.”

Amid the outbreak, the police department has seen an uptick in juvenile issues because kids are out of school, Hall said. Officers have also responded to a few property crimes related to businesses being closed because of virus-related restrictions. But Hall said the department hasn’t seen much of an increase in violent or domestic crimes, something domestic violence hotlines have reported as people spend more time indoors.

He said if officers hear about a public safety issue while delivering medication, officers will turn to that call.

“The public domain calls will always take precedence,” he said. “But at times we’re not responding to public calls, it’s just a matter of filling our time with other things.”

He said he hopes residents will get some comfort from the service.

“I think with how crazy things are going, it’s nice for us to be able to focus on something else, and hopefully bring some peace of mind to some of our more vulnerable residents,” he said.