Two days after Matthew Irvin’s death, his coronavirus test came back negative. Irvin’s stepfather said no one he was around has tested positive either. 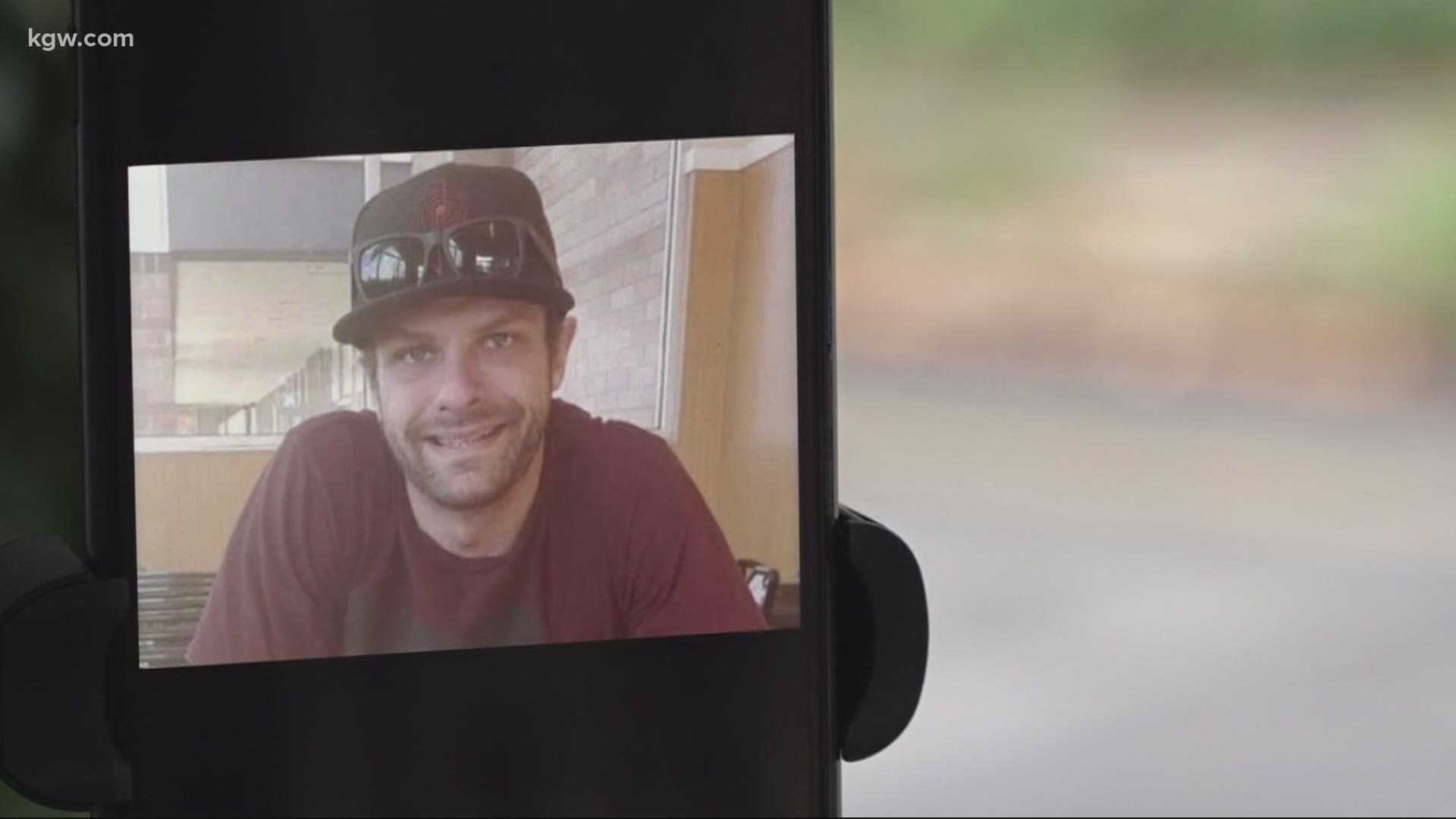 MCMINNVILLE, Ore. — The Oregon Health Authority reported the youngest COVID-19-related death last week: a 26-year-old man from Yamhill County. His family told KGW his name was Matthew Irvin, a father of three. But after his coronavirus test came back negative, his family said they're looking for answers.

To lose a son so suddenly, at such a young age, has left a hole too massive to comprehend. Michael Laheyne, Irvin's stepfather, said Irvin was starting to move up in his job and progressing in life.

"It was hard, really hard," Laheyne said. "It's just like it was yesterday still. My heart hurts."

He leaves behind a baby girl, two sons, and a whole family who loved him.

"Matthew was a good father. And it's sad that his kids won't be able to have that father figure in their life," Laheyne said. "He had a great smile. You know, he was a real outdoorsy guy. Really into the faith of Jesus Christ."

Laheyne said Irvin's death in early July also leaves a lot of unanswered questions. Irvin first felt sick the Monday after the Fourth of July. He came down with a high fever, nausea, diarrhea and had terrible stomach pain. He went to an emergency room in McMinville the next day where doctors told him he had COVID-19-like symptoms. Laheyne said they tested Irvin and sent him home.

"Then, Thursday morning he called and said, 'Mom, I feel like I'm dying,'" Laheyne remembered.

Just hours later, early in the morning on July 10, he died.

Laheyne said a sheriff's deputy and medical examiner came out to investigate and determined he likely died from COVID-19.

"We requested an autopsy at that time but we were denied. The medical examiner said there's no reason to do an autopsy because it was related to COVID, he was pretty sure," Laheyne told said.

KGW reached out to the Yamhill County Medical Examiner's Office to better understand the justification behind why they didn't perform an autopsy on Irvin, but they aren't commenting at this time.

Two days after his passing, his coronavirus test came back negative. So far, Laheyne said no one he was around has tested positive either. The family hired a pathologist who couldn't reach a definitive answer, so they sent tissue samples off to the Centers for Disease Control and Prevention (CDC).

"We just want the truth. We want to know exactly what happened to him. Twenty-six years old, healthy as an ox. Supposedly got COVID and he's gone in, well, three days. There's just something wrong with that," Laheyne said.

Now, a month after he passed, they have to wait even longer for confirmation -- and some form of closure.

"The outcome of that is going to change the world right there," Laheyne said.

The Oregon Health Authority (OHA) included Irvin in their death toll. The public health agency wouldn't give specifics on his death but said it determines COVID-19-related deaths based on the following:

Irvin's death certificate listed COVID-19 disease or SARS-CoV-2 as a cause of death or as a significant condition that contributed to his death.

"It's just got me puzzled, that's all," Laheyne said.

Although they're not yet certain it killed him, Irvin's family wants people to realize how serious this virus is. Laheyne said the more he shares his son's story, the better he feels because he is reaching people and hopefully getting through to them.

"You can be a healthy person with no underlying conditions and if you get it - if he had it, I mean, you could go that quick," Laheyne said. "I just want people to know that this virus is no joke, it's no joke. If you get it and say, for instance, you test positive, don’t go out and about just because you have no symptoms. Stay home."

If a silver lining exists it's that the family has grown closer through this.

"I'm sorry, Matt, that it had to take this to have that happen but we'll see you soon, I'm sure," Laheyne said.

RELATED: 'I wrote my will': Oregon City woman on day 112 of persistent COVID-19 symptoms

RELATED: 'You don't want to get this': COVID-19 survivor, Oregon Health Authority urge people to be careful as cases climb